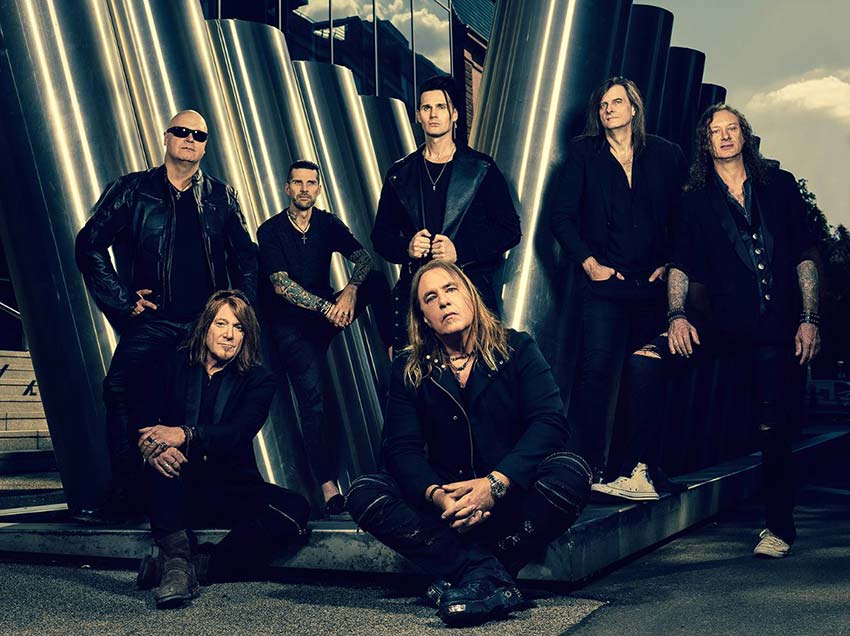 German power metal vets Helloween are currently teasing their new single “Skyfall” — check out the 47 second clip below. The full song drops on April 2nd and will be available on CD, digitally and in two different vinyl versions (pre-order).

The band have also announced that their new full-length album, the follow-up to 2015’s ‘My God-Given Right,’ will be released this summer.

The very first release of the new era proves to be worthy of the occasion: Just like a full album release, different formats, curated and treasured with love and affection will be available – especially for all collectors and super fans: Premium CD as digipak and 12“ Gatefold vinyl in various styles like shape-LP and picture disc – black or in combinations orange/transparent, orange/black, green/black marbled, orange/black splatter and red/black splatter.

The base of the upcoming milestone album was already erected in the studio: using the original Ingo Schwichtenberg drum kit, the recording was done with the same modulators at the Hamburg HOME studios where back then »Master Of The Rings«, »The Time Of The Oath« and »Better Than Raw« were recorded. Back to the roots and completely analog is the UNITED impact – another great work by long time producer Charlie Bauerfeind and co-producer Dennis Ward before the album traveled to New York and got the final mix in the Valhalla Studios of Ronald Prent (IRON MAIDEN, DEF LEPPARD, RAMMSTEIN).

With the brand new material an album has been created that is set apart from the digital mainstream, showing that the essence of the band was never more solid.

SKYFALL is the beginning of something big – here comes HELLOWEEN!