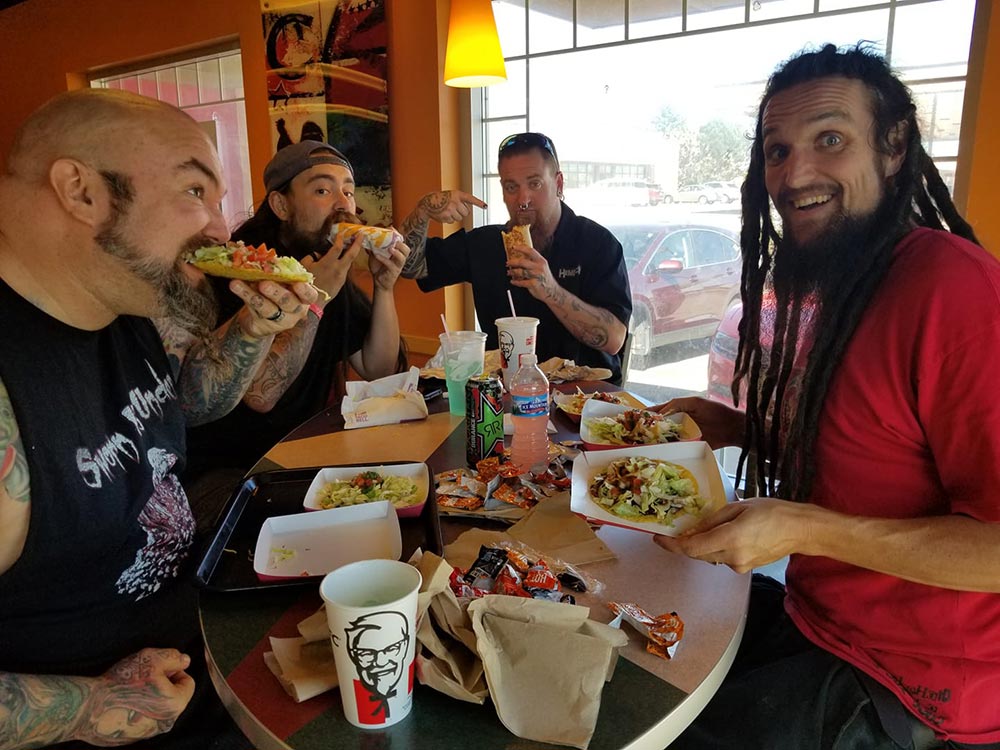 Hemlocks sound is a heavy blend of chugging riffs, deep bass tones, rhythmic grooves and catchy ass lyrics, with a haber-dash of melody mixed in. The lyrics are always creative and positive, and the songs have lots of scream alongs and hooks. The merchandise is also very creative. Hemlock offers a wide variety of merchandise options. From t-shirts and hoodies, to Hemlock candles, lunchboxes, antennae balls, panties and tons more.

Hemlock has been called “The Kings of self promotion”and have been noted as the hardest working up and coming metal band. Hemlock has a very entertaining live show as well. The band involves the crowd at their shows and they put on a show of a lifetime every time! The band makes sure that everyone goes home knowing they had fun with Hemlock.

Hemlock has been around since 1993. They have released 9 full length albums and have toured the United States extensively, as well as Canada, Europe and Japan. Hemlock tours about 8 months a year, and has toured with Slayer, Slipknot, Ministry, Meshuggah, Otep, Disturbed, Hatebreed, Lamb of God, Chimiara, Snot, Devil Driver, Machine Head, Mastodon and tons more. 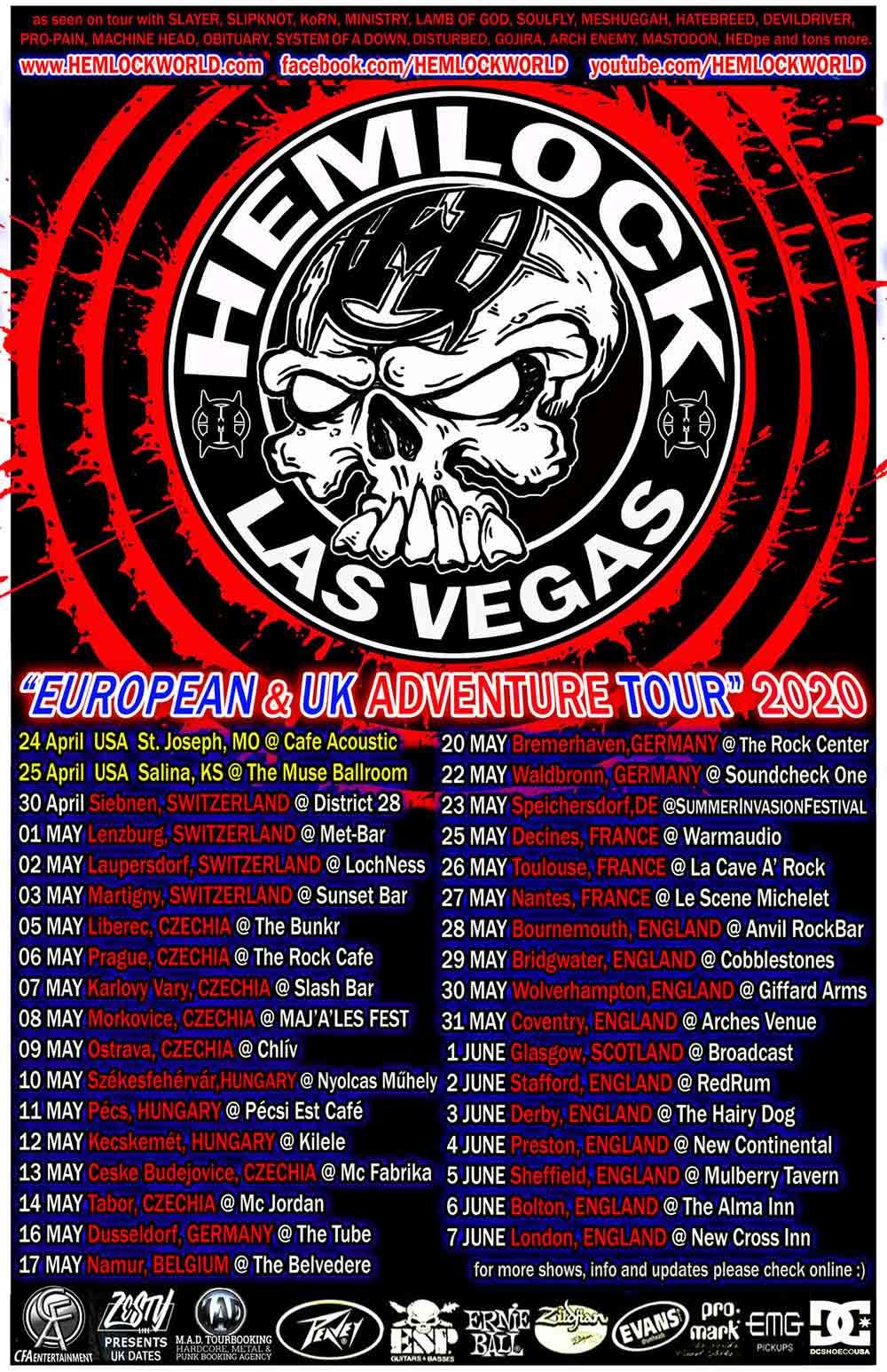