VAR is debuting the first single titled “Moments” which is premiering on Everything Is Noise.

Bassist Egill Björgvinsson says, “Moments” was written shortly before our tour to Japan in December 2017 and was put on the setlist just before leaving. When we got back home we decided to record the song and contacted our friend Eiður Steindórsson to produce and record with us. We really liked working with Eiður and the sound he brought, so we decided to make a whole record with him. So one could say that “Moments” set the tone for the whole album. Lyrically the song is about enjoying moments with the ones who are closest to you; family, friends.”

Pre-order ‘The Never-Ending Year’ at: http://spr.tn/var. All pre-orders include an instant download of the song “Moments.”

VAR began as a solo project of Júlíus Óttar (vocals, guitar, piano) in 2013, but soon after, he realized that his vision for VAR could not be fully realized without additional collaborators — so he called upon those who were close. Soon his wife Myrra Rós (synths, vocals) and his brother Egill Björgvinsson (bass) joined the band along with friends Arnór Jónasson (guitar) and Andri Freyr Þorgeirsson (drums). With this lineup, VAR wrote and recorded the EP Vetur and performed for several years building a fiercely loyal fanbase. With time and competing responsibilities, Myrra Rós was pulled in a different direction and drummer Sigurður Ingi Einarsson replaced Andri Freyr to solidify the band’s current and more concentrated lineup. It was this transition that served as a catalyst for the reimagining of VAR’s sound.

‘The Never-Ending Year’ stands as one of Spartan Records most of awe-inspiring releases to date, and a record that will grow and evolve with each listen. Stay tuned to www.spartanrecords.com for more information, including song releases and stunning live performance footage — words fail to accurately describe the experience of both seeing and hearing the band live. 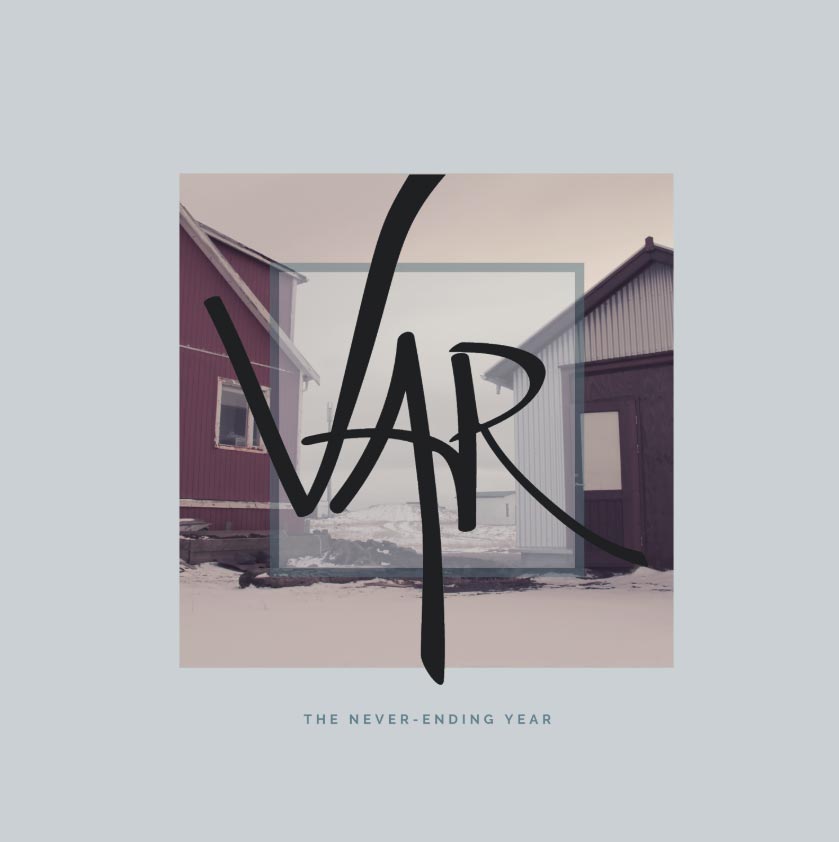