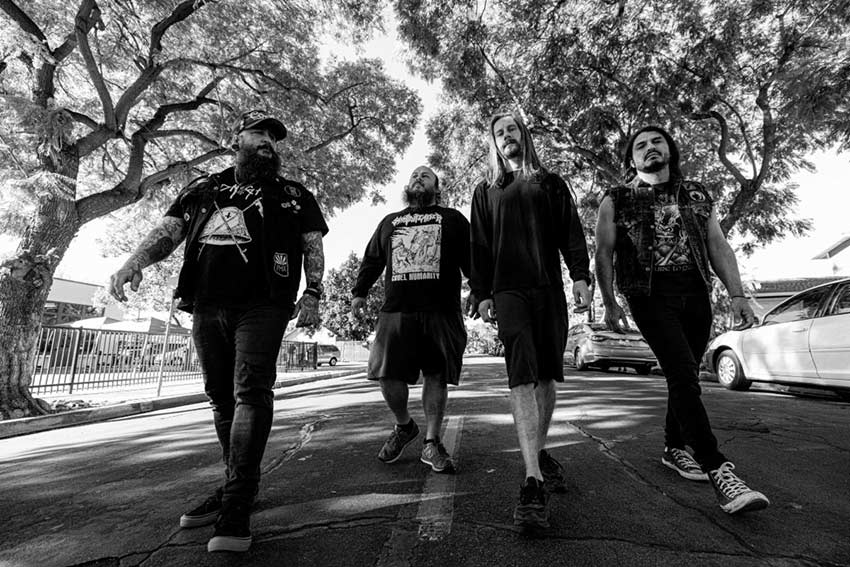 Heavy metallers Incite have returned with their pummeling new single titled “Deadbeat” — stream the tune in official music video form below. The song appears on the band’s upcoming EP, due out later this year through Minus Head Records.

Comments vocalist Richie Cavalera, “Metalheads!!! We’ve all had a shit year but it’s time to get fired up! Our new single ‘Deadbeat’ is dropping today, 4/20, along with a badass video! Roll up and get ready to burn and shred!!!”