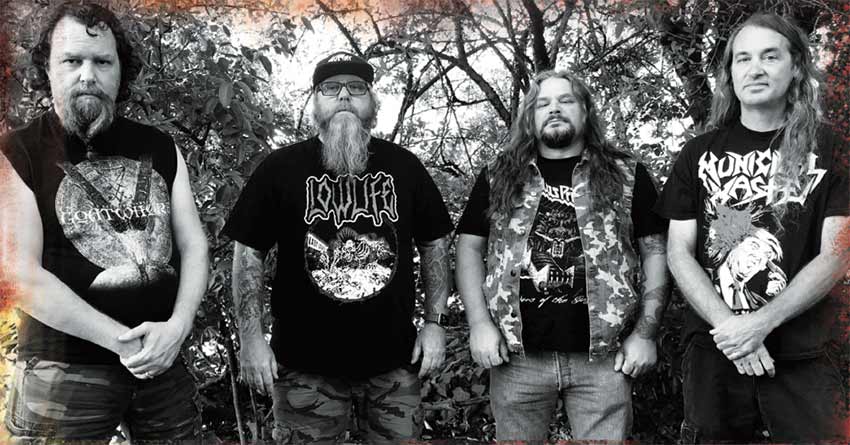 Bay Area Thrashers Infex have released a lyric video for “The Abyss,” a track from forthcoming album ‘Burning in Exile.’ The video was directed and edited by Lance Woodruff. Commence thrashing at [LINK – video embedded below].

Concerning the lyrical inspiration for “The Abyss,” the band had this to say:

“The Abyss was inspired by the famous quote from Friedrich Nietzsche – ‘Whoever fights monsters should see to it that in the process he does not become a monster. And if you gaze long enough into an abyss, the abyss will gaze back into you.’

We find the quote relatable more than ever in today’s super-charged political and existential social climates. That which we hate, we become. The Abyss is a metaphor for the oppressive anxiety of the modern day social climate. It’s like staring into the darkness of the Abyss, overwhelmed with fear of what happens when we come out the other side. As it consumes you, you become one with it, and panic attack becomes the daily norm.”

Pre-orders are available now at:
infex.bandcamp.com/album/burning-in-exile

In case you missed it, check out the official video for album track “Acid Reign” at youtu.be/EDjRsqTlfCE

Though the sound of ‘Burning in Exile’ is firmly anchored in a ripping form of thrash metal, elements of old school hardcore and crossover metal are present as well. Having grown up during the Thrash Metal heyday and listening to genre pioneers like Exodus, Kreator, Destruction, Slayer, Dark Angel and the like, along with old-school hardcore influences like Discharge, Attitude Adjustment, Cryptic Slaughter, DRI, and Excel, Infex blends the styles of all these and more into a raw outpouring of aggression and anger.

‘Burning in Exile’ was recorded at Trident Studios in Martinez, CA (Machine Head, Vio-Lence, Testament, Exodus). It was produced, engineered, mixed and mastered by Juan Urteaga. Infex booked the studio time in late 2019 and began recording in March of 2020, right as the Covid-19 pandemic became serious. Due to the lockdown, the recording sessions were spaced out further than anticipated, resulting in the inspiration for the album title, ‘Burning in Exile.’ 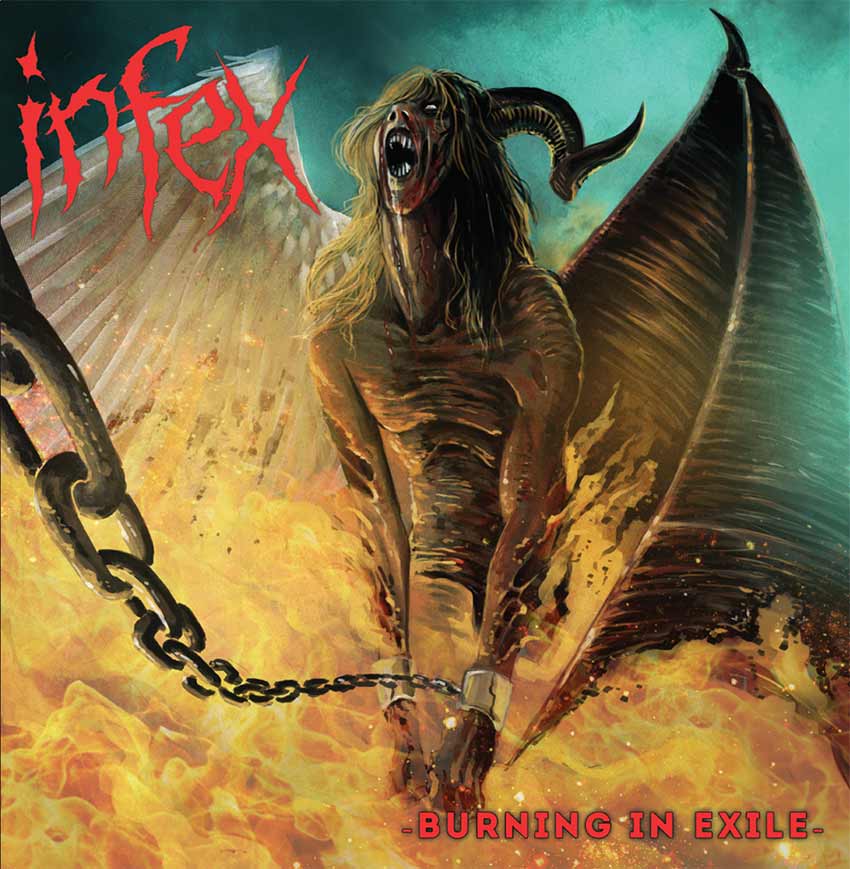