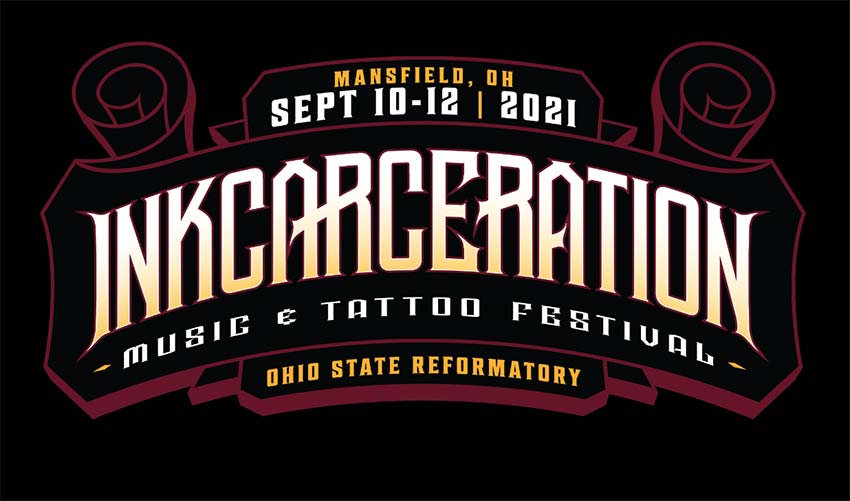 Inkcarceration Festival – set for September 10 – 12, 2021 in Mansfield, Ohio at the Ohio State Reformatory – has confirmed its official lineup.

The gathering will be headlined By Slipknot, Rob Zombie and Mudvayne (marking their first appearance since 2009), and will also feature performances by A Day To Remember, Mastodon, Halestorm, Chevelle, Killswitch Engage, Beartooth, Motionless In White, Asking Alexandria, Steel Panther, Pop Evil, Fever 333, All That Remains and many more.

Clown from Slipknot states, “After 20+ years on the road, it’s always wonderful to experience new things. We are excited to be a part of Inkcarceration Music & Tattoo Festival. It will be great to get back out there and be with our family again. Stay safe and see you soon.”

Danny Wimmer, founder of promoting empire Danny Wimmer Presents, comments, “We know firsthand what it’s like to grow a high concept festival from scratch, and the challenge of taking a great event to the next level. It always starts with the music, but you also need to create a great experience. We’ve been so impressed with Inkcarceration, and how quickly it became a must-see show on the festival calendar. Tattoos are such a central part of the rock n’ roll lifestyle – something that fans are always talking about on our own socials – and it’s such a unique location. I’ve toured the Ohio State Reformatory, and it’s an experience you don’t want to miss. DWP is excited to have the opportunity to bring Inkcarceration to that next level.”

Check out daily lineups, the announcement video, and the full fest flyer below. Get tickets (including weekend passes) at inkcarceration.com. 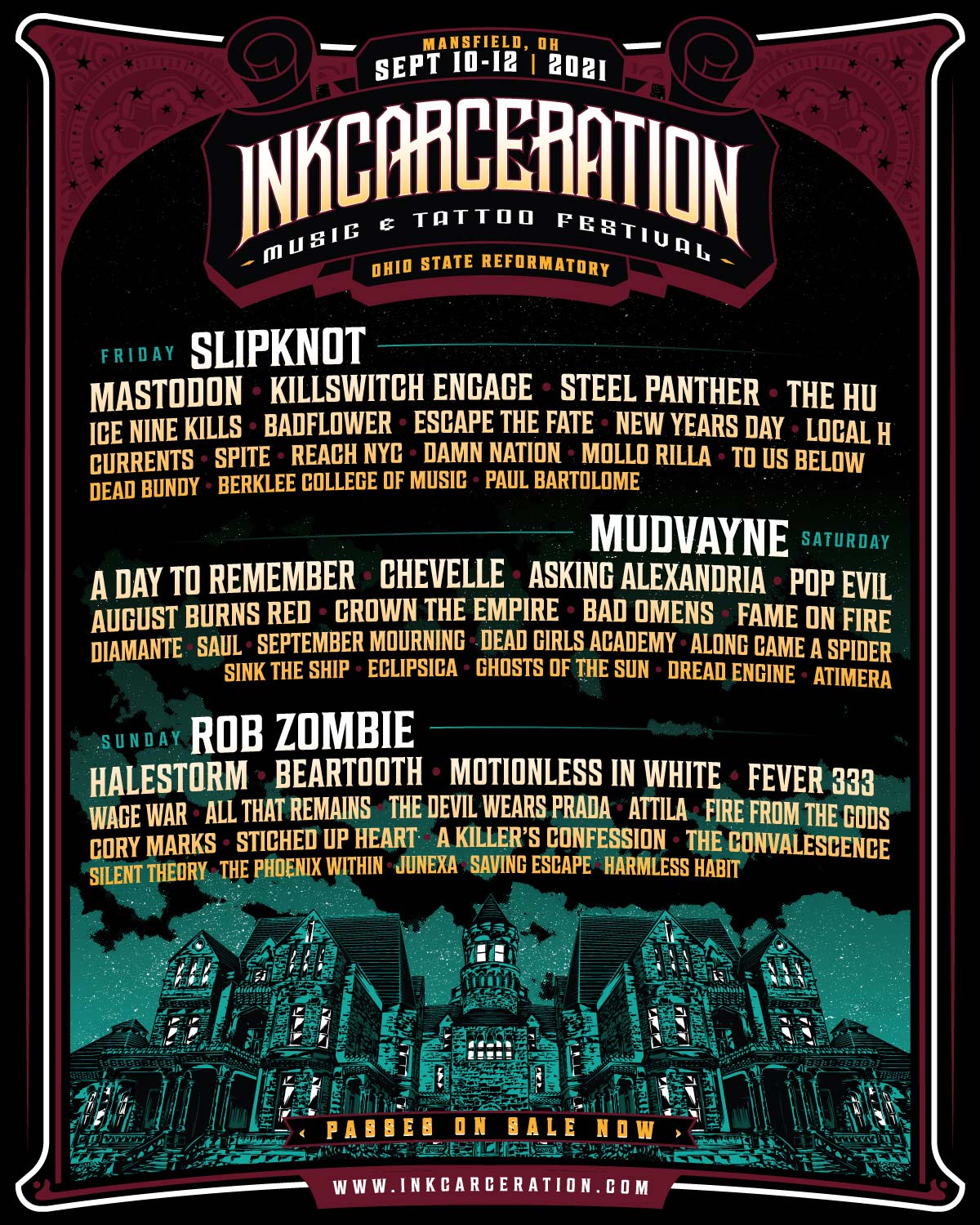