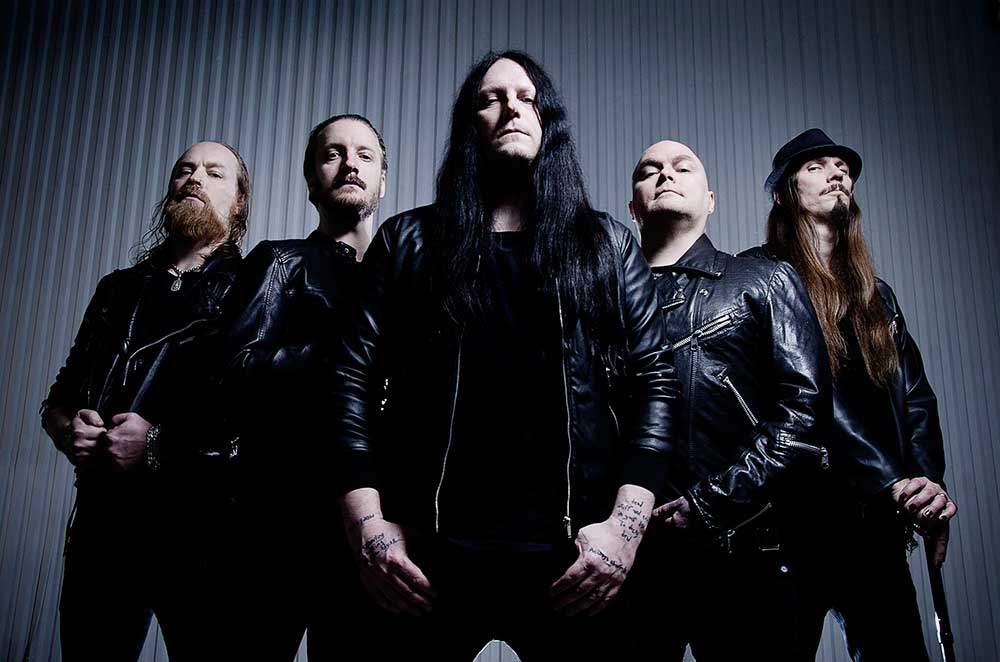 Following the announcement that Katatonia will be returning with a brand-new album City Burials on April 24th, on Peaceville Records, and the release of the album’s debut single “Lacquer”, the band present their next single and video for “Behind The Blood”.


This track is one of the highlights from new album City Burials, bursting into life with a trademark screaming guitar solo before dropping into an upbeat distinctive and hugely memorable Katatonia chorus.

Vocalist Jonas Renkse states “’Behind the Blood’ is a celebration of the heavy metal music that we all grew up with, modified to fit the Katatonia universe. Whilst lyrically it is telling the tale of dark revelry, to awaken the blood with the sound and taste of thunder.”

“Behind the Blood” has all the hallmarks of becoming a new classic.

Katatonia, formed in 1991 by Jonas Renkse & Anders Nyström, and transitioning from early pioneers of the rising black/death/doom movement, to powerhouses of the progressive metallic rock genre. Following on from their 2016 haunting The Fall Of Hearts album Katatonia have returned with arguably their finest album to date, the enormously vivid and powerful City Burials.

With the winds of a new direction steering the band on their latest journey, City Burials stands as Katatonia’s new triumph of deep & enigmatic progressive rock – the fruits of a rejuvenating and profound chapter in the band’s legacy; a catalyst for its creators, with a collection of moments constructed out of the fragments of an ever-evolving life. Compiled into one of their most important modern works and statements to date, the finely-honed instrumentation provides a multi-textured backdrop with the voice of Jonas Renkse guiding us through these latest trials of loss and ruin.
The proof of Jonas and Anders’ enduring artistic bond is displayed throughout City Burials absorbing 58 minutes of meticulously crafted melodies and inspired, idiosyncratic arrangements. From the spine-tingling dynamics of opener “Heart Set To Divide” through and the simmering menace of “Lacquer” to the wildly evocative sorrow-scapes of “City Glaciers” and the exquisitely delicate “Vanishers” (featuring a guest vocal from Anni Bernhard, of Stockholm art rockers Full Of Keys) Katatonia’s eleventh studio album is a showcase for a partnership that was magical from the very start.

Inspired by an injection of fresh blood into Katatonia’s creative brew, with their most recent recruit, guitarist Roger Öjersson, whose contributions have been extremely significant, City Burials is an album that sees the band reclaim part of their heavy metal roots, via several moments of exuberant, old school classicism, deftly woven into these new songs’ kaleidoscopic fabric. Although songs like “Behind The Blood” and “Rein” are as heart-rending and immersive as any in Katatonia’s illustrious catalogue.

The result is an album that looks certain to push the band ever further into the spotlight. With grand plans for extensive touring around the world in support of their latest and perhaps greatest album, Katatonia are wringing fresh hope from life’s gloom-sodden tapestry.

City Burials was produced by Nyström/Renkse and recorded at Soundtrade Studios, Tri-Lamb Studios & The City Of Glass, throughout October & November 2019, with engineering work handled by Karl Daniel Lidén and mixing and mastering from Jacob Hansen, who states “Once in a while you end up working with artists that are special, and that particular session being something you’ll remember forever. This session is one of them, and only for good things! Proud to say I mixed and mastered the new Katatonia album”.

City Burials also sees the return to the Katatonia fold of Anders Eriksson (Frank Default) beloved for his keyboard contributions to Night Is The New Day, Dead End Kings and various remixes.

Artwork appears courtesy of Lasse Hoile, the image itself representing the ongoing era of the Dead End King. 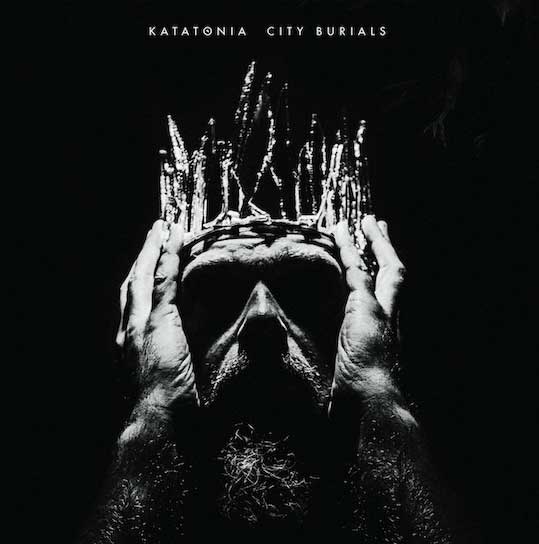 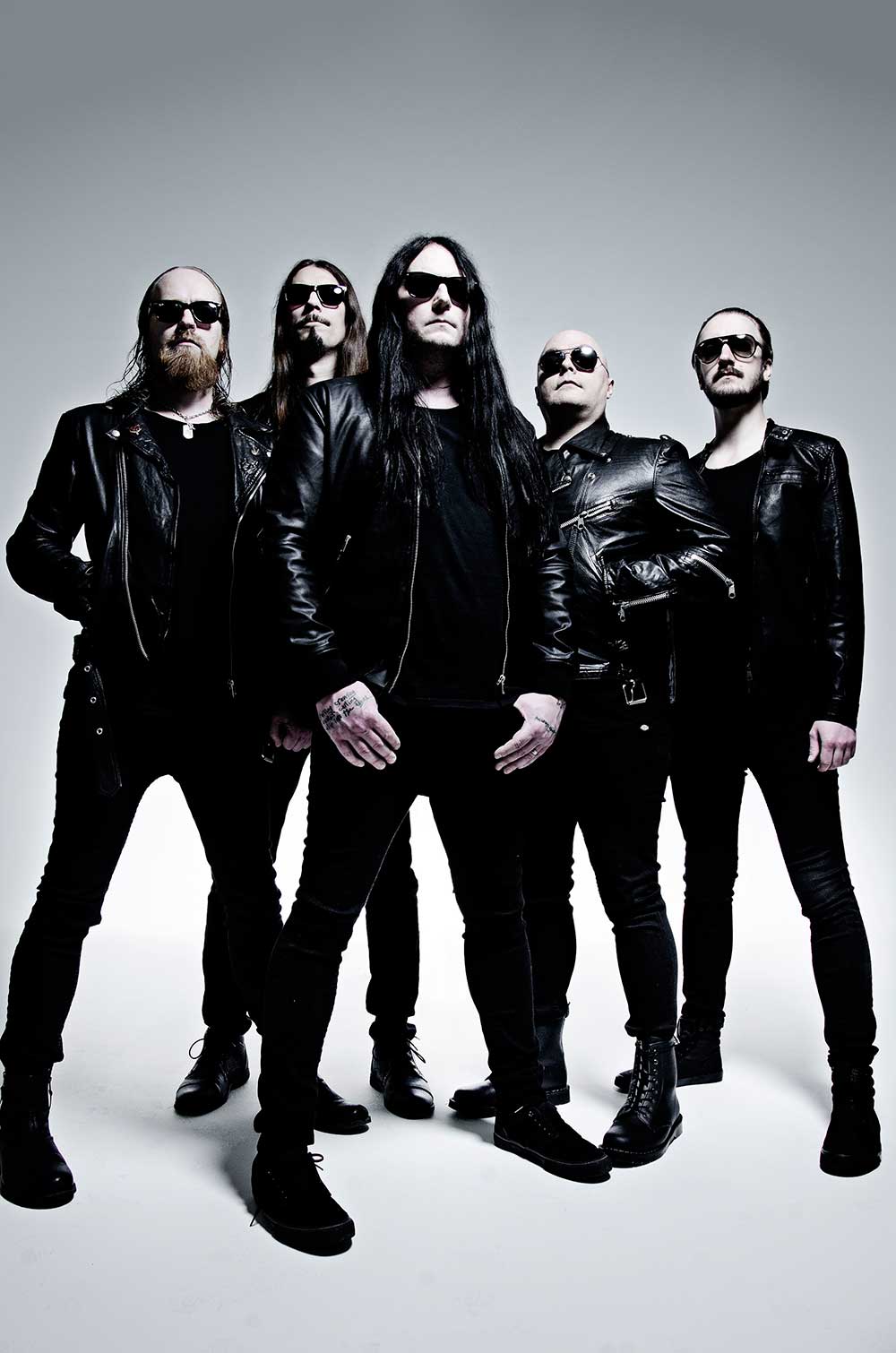