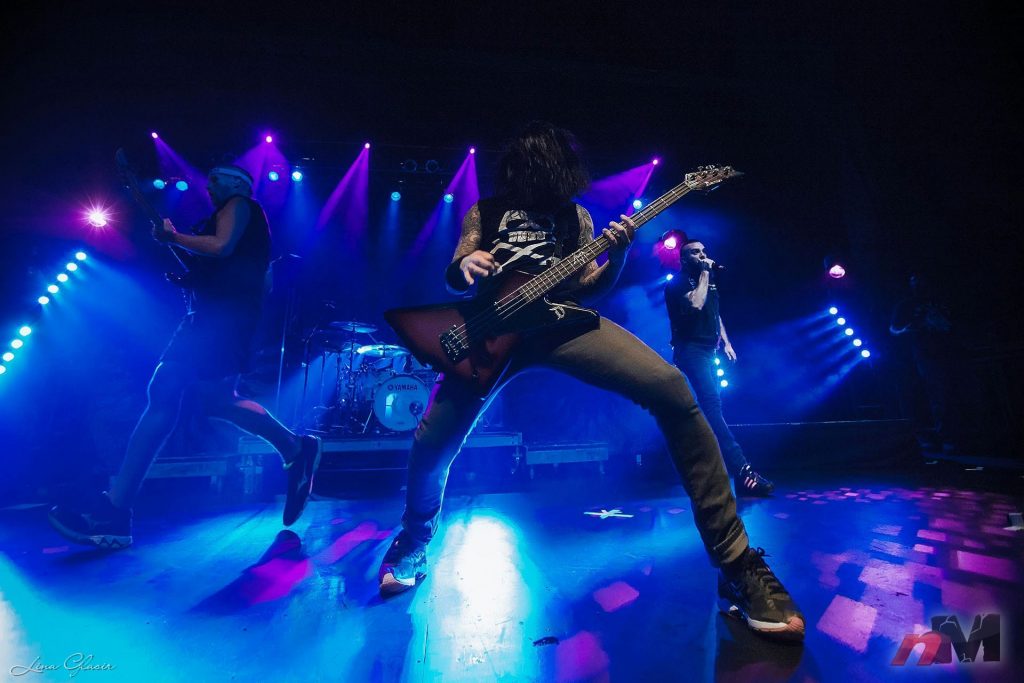 Back in March, Killswitch Engage were forced to postpone their ‘North America Atonement Tour’ with August Burns Red and Light The Torch, due to safety concerns and bans being imposed on gatherings caused by the COVID-19 pandemic.

In a recent announcement, Killswitch Engage noted that they are tentatively looking to reschedule the dates for later this year, though nothing is officially confirmed as of yet.

We have an update on the North America Atonement tour. We’re currently targeting November & December for all of the rescheduled dates with the hopes that shows can happen in that time period. Both August Burns Red and Light The Torch would be available during this time as well, so it would be the same lineup.

That said, we want to be clear that nothing is set in stone yet. Once we are sure about the time period and we have all of the shows confirmed, we will be sure to make another announcement.

Your tickets will be honored for the postponed shows. For those who need a refund, they are now available at the point of purchase and will continue to be available through June 10. Also, when we eventually announce the rescheduled dates, you will be able to get a refund then as well.

Thanks so much for your continued patience and support. We can’t wait to see you all again.

Until then, please stay safe and take good care of yourselves.

In more news, KSE recently posted a live quarantine clip for an acoustic version of their song “We Carry On.”

The band also recently released their new effort ‘Atonement II B-Sides For Charity,’ which includes six songs from the recording sessions for the band’s 2019 album ‘Atonement.’ All proceeds are being donated to the COVID-19 relief fund for the Center for Disaster Philanthropy. 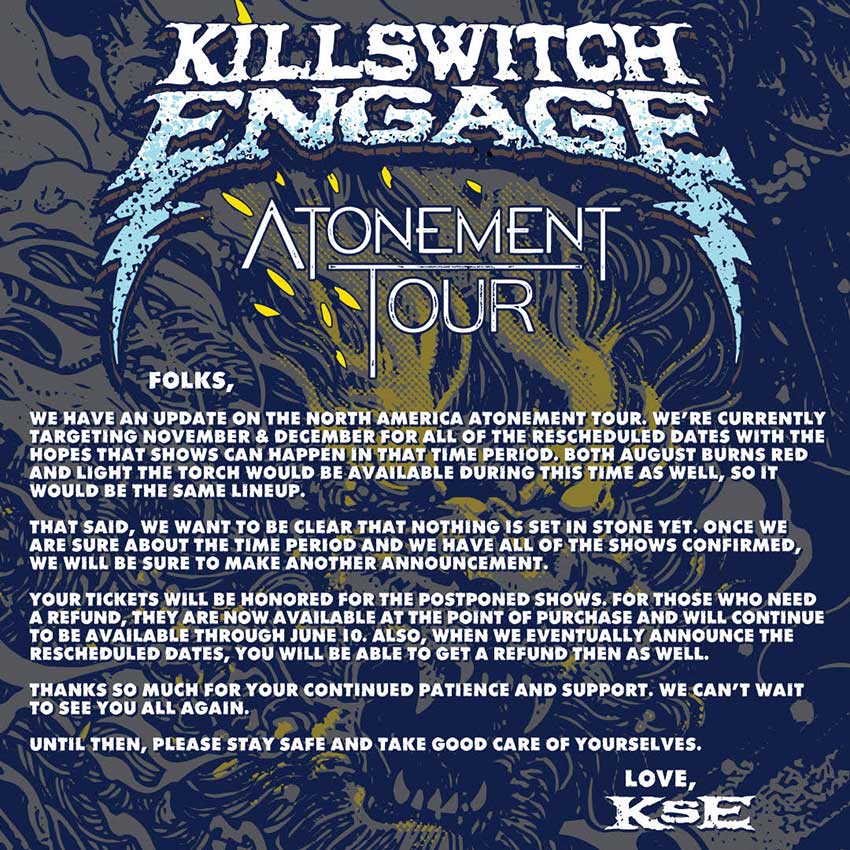