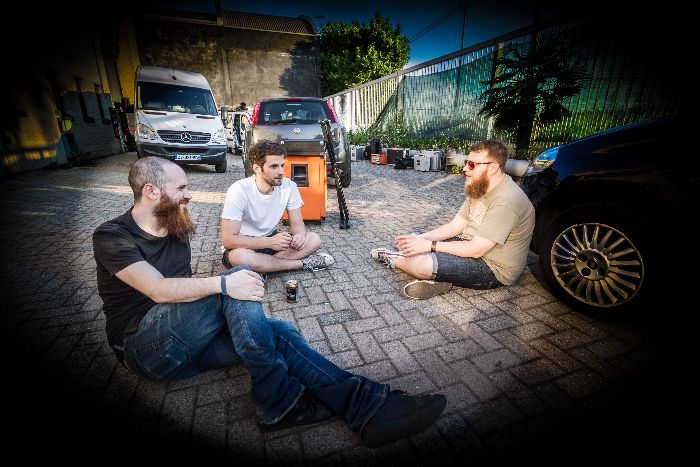 Mandrone Records is pleased to announce the signing of King Bong, the instrumental jam band from Milan, Italy.

The label and the band will work together for the release of the sixth episode of their Beekse Bergen saga, details of which will be revealed in early 2021. This much-anticipated piece of musical art will be an epic release with many special guests.

To celebrate the beginning of this relationship, Mandrone will run a limited repress of the band’s recently sold out Sand ≈ Return.

Originally released in 2017, the progressive and multi-layered tracks on this album tell four stories that unfold in four different deserts around the world. The music is accompanied by the evocative artwork of Solo Macello, which will help listeners to fully immerse themselves in this journey.

Mandrone says of King Bong: “We have been following this band since the dawn of times and have been captured by their evolving sound palette and tireless creative work. This is all about the music. Pure music for greedy ears. We’re excited they’ve joined the family.”

King Bong says: “We are happy to partner with the guys from the Mandrone. We’ve been doing DIY since the year of the VIII and we know these guys will help the King to have a louder voice. Plus they’re musicians, so we speak the same language.”

Stay tuned for what will surely be a fruitful collaboration. Reissue details coming soon!