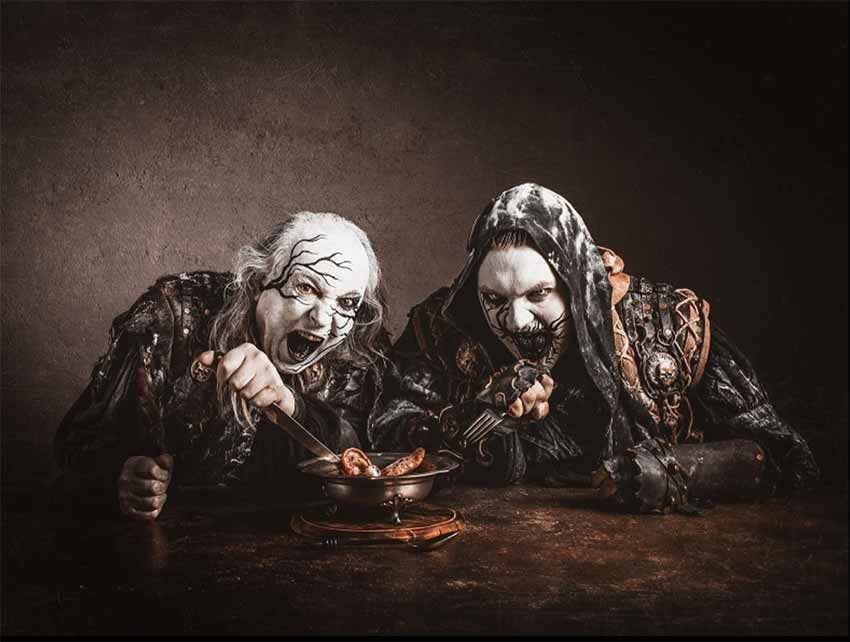 We are honored to announce that Austrian Dark Metal outfit Krankheit have signed a licensing deal with Wormholedeath for their album ‘Gargantua,’ which will be released on September 30th, 2022.

After four years, two of them dominated by a pandemic and a challenging anniversary, with internal band restructuring, Krankheit are back with a new album. ‘Gargantua,’ the successor to the third work ‘Zerberus,’ sings about the dark sides and abysses in a typical Krankheit manner and forms a mirror of the current events of our contemporary history.

It is named after the character Gargantua from the novels by François Rabelais. An insatiable giant who vomits in greed and gluttony on the people and depicts a pastiche of them. Krankheit manage to stay true to their trademarks and at the same time venture into new musical realms. Martially driving guitar riffs as in “Kommunikation” reflect the usual catchy level of hardness of the band. Lyrically, the most important and most burning topic of all at the moment is put to the test here in the programmatically titled piece. Songs like “Gargantua” and “Müll” show that it’s becoming even more aggressive in general, which are interspersed with blast beats and shredding guitars.

With “Bett des Prokrustes” and “Ave Maria” Krankheit show again that they are masters of their craft and plant themselves excellently in well-known classical compositions. The symbiosis between classic and dark metal is extensively celebrated and driven to extremes by “Neid” with its brutal ending. There are bluesy touches in “Exorzist”, to which Andres Vargas, singer of the black metal band “Thy Antichrist”, lends his haunting voice. The limits of the interpersonal relationship demons get a new face here. ‘Gargantua’ takes the creation of Krankheit to the next level and prepares the ground for an eventful and complex future.

To fans who pre-order the whole album, the single for “Kommunikation” become available!!

Founded in 2011, the Austrian dark metal band Krankheit are gradually working their way into the metal/goth scene. It is characteristic of the band’s style to resurrect old pieces and melodies from bygone eras (e.g. Mozart, Beethoven, Brahms, etc.) and to combine them with the very own Krankheit sound.

Earlier press comment on the band’s sound:
“…this results in completely independent songs that break all categorization boundaries and give birth to something unique…” Orkus Magazin (GER)
After the first three albums “Sanatorium” (2013), “Saat des Bösen” (2016), and “Zerberus” (2018), they take the next hit into the abyss of humanity with “Gargantua” (2022).
The grotesque and highly acclaimed live performances with bands such as Nachtblut, Ost+Front, and Megaherz, as well as numerous festivals such as “Nova Rock”, “Hexentanz Festival”, “Die Elbe brennt” and many more also give them a solid reputation brought in as a band that not only delivers show after show, but also a band whose stage performance resonates long after a concert is over.
Earlier press comment on the band’s live performances:
“The abstract, zombie-like performance and the scary, menacing appearance of the musicians immediately create a very unique atmosphere.” Musikmag.de (GER)