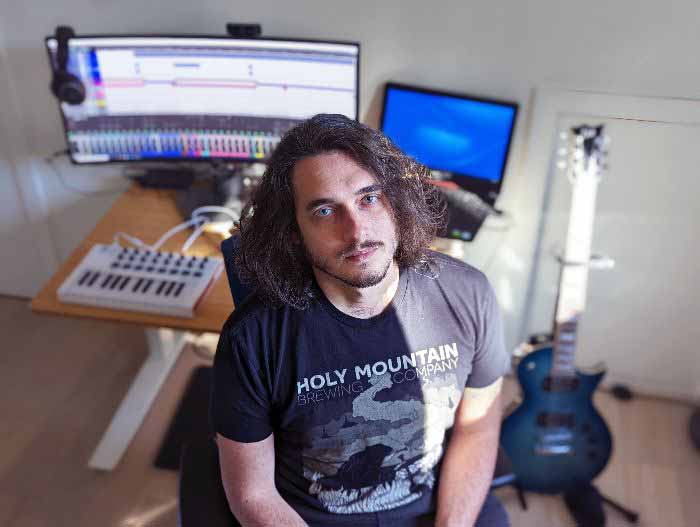 Leo Maia has released a lyric video for “Pneumothorax.” The song was recently released on all streaming platforms and deals with his struggle to overcome Pneumothorax.

Leo comments:
“It’s been a real struggle for me, both physically and mentally, to overcome this Pneumothorax. My chest muscles and ribs still hurt to this day, but seeing all of these feelings turned into an emotionally loaded song and the reception it’s been getting really brightens my spirit! Especially with how people are liking my singing, which was my greatest worry when I was laying in bed with a chest tube. ‘Will I ever sing this song again?’, a quote from the song, is a true statement from my own self-doubting mind.”

Leo Maia’s philosophy is to make modern prog rock that is accessible with a primary focus on song writing. Drawing from a wide range of influences including the likes of Dream Theater, Mogwai and King Crimson, the complexity in his music derives from jazz-based harmonies and modulations (key changes) for conveying emotions through the narrative of the song. Continually changing odd time signatures play with the fluidity of the music while catchy melodies draw you into the progressive sound. ‘Pneumothorax’ is a journey through Leo Maia’s own personal experience. Following a spontaneous total collapse of the left lung leaving him in a hospital bed with draining chest tubes for over a week, this piece channels powerful emotions from the experience into this intricate and passionate song.

Beautifully crafted melodies and harmonies deliver an epic piece of composition. From soaring vocals and jazz instruments to organ sections and heavy distorted guitars ‘Pneumothorax’ has it all. The single is fantastic debut bringing something different into the progressive realms.

Also Check Out: Pirosaint celebrates 30 years of their first release