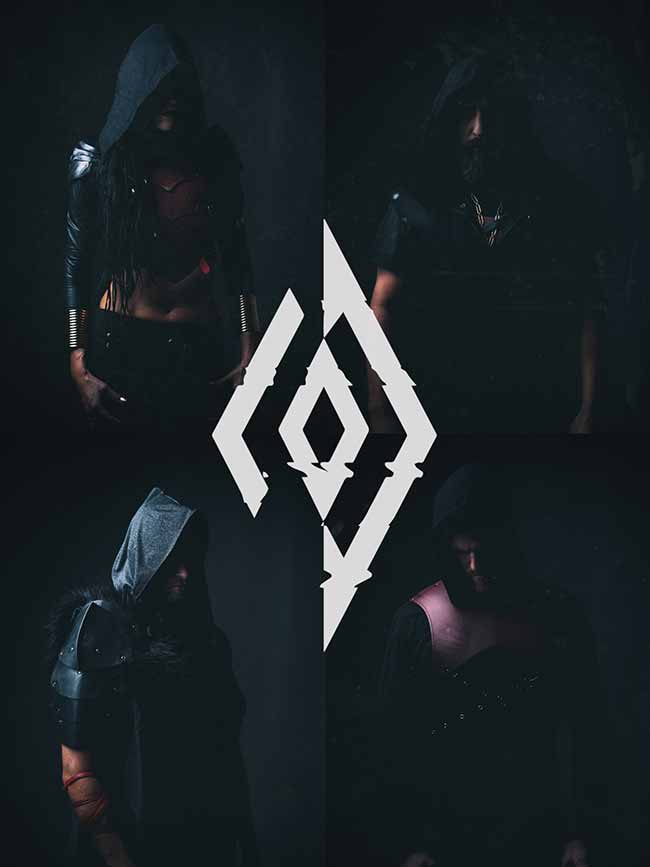 While the pandemic turned the music business upside down, throwing its shadow upon the entire entertainment scene, musicians were left deep in darkness, forced to be patient and wait – anticipating brighter days to come. Exceptional artist Anna Brunner made use of this difficult time to start a fire with League of Distortion!

League of Distortion on the signing:
“The turmoil that is distorting our lives has cast its shadow upon us. But we are finally stepping into the light to share exciting news with you! We have the privilege of announcing that LEAGUE OF DISTORTION has been signed by Napalm Records, inviting us to their family of amazing people and bands. We are honored to be a part of this! There will be so much more to come! Don’t miss any proclamations from now on.”

As far back as 2017, Anna Brunner celebrated remarkable international success with her symphonic metal band Exit Eden. Now, she is using the stagnation of the past two years for an entirely new vision, culminating in League of Distortion. The band processes the uncertainty of this period and its bleak prospects to create tremendously powerful songs – songs that encapsulate this dark and brute reality in a slick and appealing way, sending a cold shiver down the listener’s spine. The elemental force of her distorted, powerful voice merged with chunky riffs played by Jim Müller, steady and strong beats delivered by Tino Calmbach and edgy bass by Felix Rehmann unifies them, forming a strong league birthing a blast of sound that cannot be missed!

Today, League of Distortion have unveiled their crushing first offering, “Wolf or Lamb,” consisting of modern, melodic rhythms and technical prowess along with vocal dynamics to drop jaws. The explosive first single comes along with a lavishly staged music video, showcasing that the unit operates not only in terms of sound, but also on a top-notch level visually!

Watch the official video for “Wolf or Lamb” here:

The band adds:
“After working behind closed doors for an exceedingly long time, we are finally breaking free to the world, sharing our first single with you. LEAGUE OF DISTORTION is humbly proud and honored to release the song “Wolf or Lamb”, welcoming you to the League’s universe.”