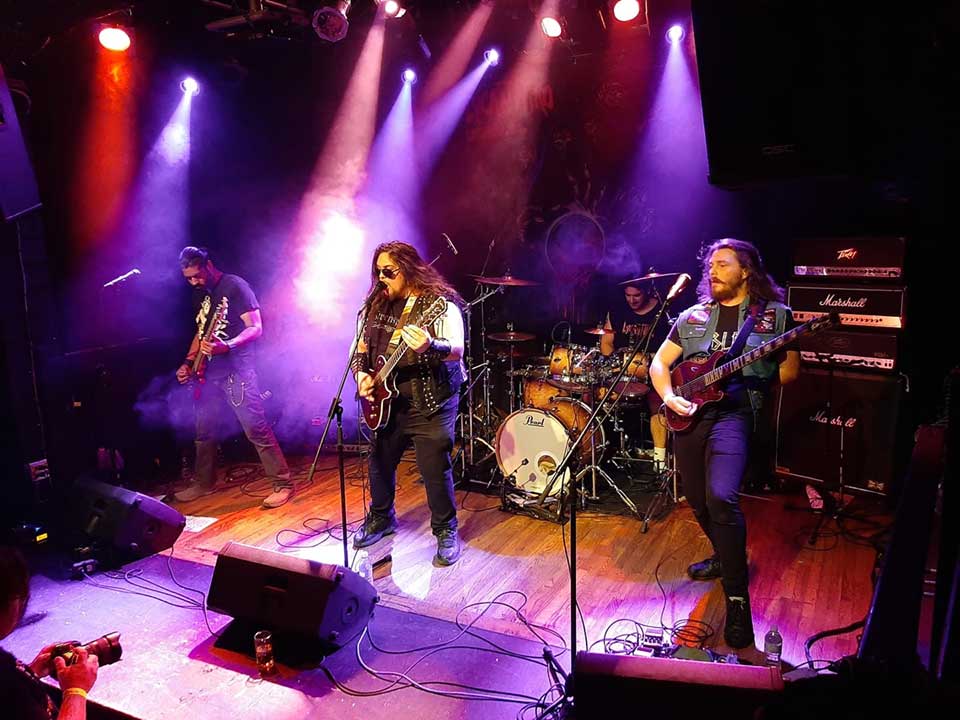 Ottawa power thrash quartet Lycanthro announce they will be hitting the road this coming April for dates across Central and Western Canada along with performing at this year’s Hyperspace Metal Festival in Vancouver, BC, which includes Helion Prime, Iron Kingdom, Unleash The Archers, Immortal Guardian, and Power Glove among its three-day line-up. (tour dates listed below)

Combining power, thrash and speed metal with lyrical themes based on classic horror and mythology, Lycanthro unleashed their debut EP “Four Horsemen of the Apocalypse” in 2018. The EP introduced the band’s heavy, yet melodic sound, with influences from both European and American power metal styles, along with classic thrash. Frontman James Delbridge’s howling high vocals meshed with piercing guitars, a booming rhythm section as well as uses of instruments such as piano and classical guitar forged a lasting powerful sound on their local metal scene and beyond.

With 2020 kicking into full throttle with their first-ever Canadian tour, Lycanthro found it to be perfect time to announce the release of their first full length “Mark of The Wolf” via Greek label Alone Records later this year.

“This album will be a diverse listening experience. Even though everything in one way or another is under the umbrella of power or thrash metal, there is something for everyone on ‘Mark of The Wolf’ in terms of melodic metal. There are soaring high vocals, epic guitar solos, lots of harmonies, heavy chugging riffs, a few odd instruments, and even a breakdown or two. Lyrically, the content is varied and we think fans will appreciate the different dimensions this album goes to. Some songs are homages to different stories from pop culture and media that we hold near and dear to our hearts, other songs are meant to bring the listener on a journey through the worlds within the song, and others are just to the listener can marvel in the epicness of metal!”

“Mark of the Wolf” will feature 10 high voltage tracks, all recorded once again at Wolf Lake Studios in Lac-des-Loups, Quebec. The album was mastered by Jack Kosto, who is best known as the lead guitarist for power metal band Seven Spires. Lycanthro also brought in a professional chamber choir for the song ‘Fallen Angels Prayer’, which is a planned single off the full length.

“It’s always a unique experience to record there, as essentially, it’s a studio in a cabin in the woods. The area is very atmospheric and there’s isn’t that many outward distractions around so we can be productive and focus on the music. It’s like a camping trip mixed with recording!”

Lycanthro’s debut EP “Four Horsemen of the Apocalypse” is available for stream and download on the following platforms: 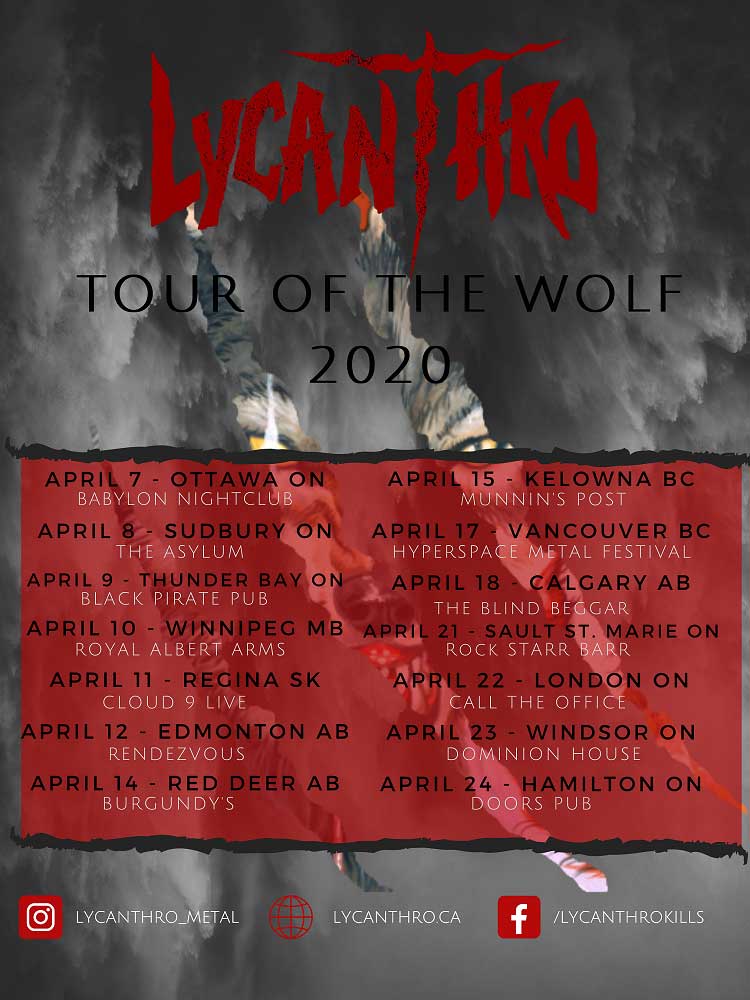