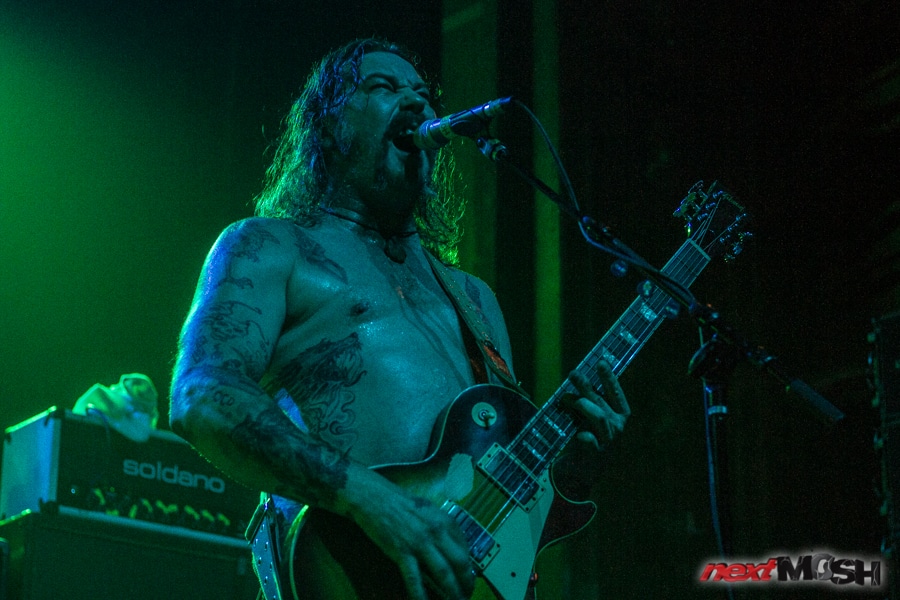 Rare Bird is excited to announce the release of Matt Pike’s ‘Head On A Pike: The Illustrated Lyrics of Matt Pike.’

Matt Pike, guitarist, vocalist and frontman for Grammy Award-winning doom metal band High on Fire, began his career in the Bay Area punk and metal scene in 1989 and has been an active and influential player in the doom metal world ever since. Pike first began writing for heavy metal band Sleep in the 1990s and, after discovering a talent for it, continued on to write much of the material for High on Fire up to present day.

“When I started singing, it changed the way I had to write music,” Pike mentions in a Chicago Tribune interview with Steve Knopper. “I started realizing I was a natural at it. I was always a good creative writer, but words started coming to me immediately—when I get one line, fast, I start getting (full songs) down…lots of them will be metaphoric. I get really complicated when I start writing—my brain goes two different ways.”

Head On A Pike is a retrospective of musical poetry that spans twenty years of Pike’s career, beginning in 1998 with the album ‘The Art of Self Defense’ up to the latest 2019 release, the Grammy Award–winning record ‘Electric Messiah.’ Every chapter features brand-new artistic interpretations from the minds and hearts of an incredible cast of illustrators, tattooers, printmakers and painters. Artists Arik Roper, David V. D’Andrea, Santos, Brian Mercer, Skinner, Jondix, Stash, Tim Lehi, Jordan Barlow and Derrick Snodgrass created brand new, never-before-seen works specifically inspired by each album, including one large illustration to define the chapter ahead and two additional vignettes that are directly inspired by the songs.

“Matt Pike’s lyrics are just as important and powerful as his riffs, and his words deserve to be celebrated alongside the fantastic imagery that the artists have put together in this book,” says Tyson Cornell, Publisher, Rare Bird. “‘Head On A Pike’ is a natural for any Sleep, High on Fire or Matt Pike fan, but the work is also relevant to greater conversations around lyrical poetry, formal and free verse and tattoo inspirations for years to come.”

These prolific artists transport the reader further into a far-away landscape of ominous Lovecraftian entities, shrouded in wondrous and esoteric darkness. Together, they have redefined the way we perceive underground doom metal these past twenty years, and it is our honor to showcase them together along with the incredible written word of Pike, who has influenced and inspired an entire genre of music.

Matt Pike is an American guitarist from metal bands Asbestos Death, Sleep, High on Fire and Kalas. His individual guitar stylings are synonymous with Sabbath worship, giving rise to the birth of stoner metal as we know it today. He is currently working on his first solo record.

‘Head On A Pike: The Illustrated Lyrics of Matt Pike’ is scheduled for worldwide release in hardcover and e-book on November 9, 2021 and the trade edition will retail for $20. Signed hardcovers and signed limited edition bundles are available through Rare Bird at rarebirdlit.com. 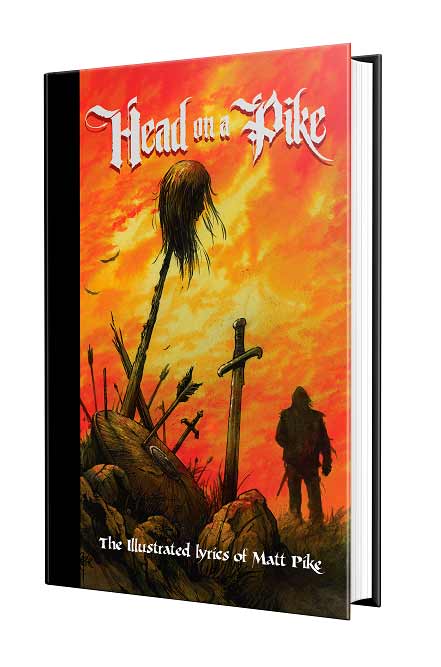