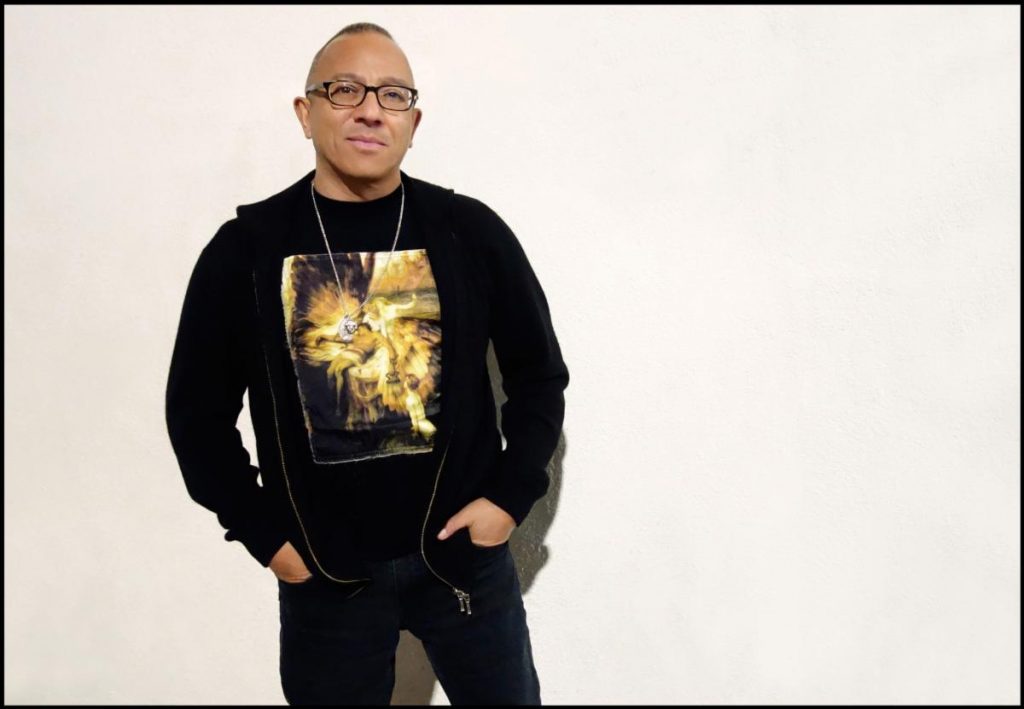 Music industry veteran Michael Alago has scheduled several in-person appearances around the release of his upcoming autobiography, I am Michael Alago, scheduled for release March 25 via Backbeat Books.

Alago can be credited with changing the landscape of heavy metal – and rock ‘n’ roll as a whole.

Michael Alago is the quintessential New Yorker with an “only in New York” career. Passionate about music, art, and literature, legendary music executive and published photographer, Alago is known for his extraordinary work with Metallica, White Zombie, John Lydon, Cyndi Lauper and Nina Simone.

“I’ve known Michael forever, and he is fabulous,” says music business veteran Danny Fields. “So this book is fabulous! Would I ever lie?”

In I am Michael Alago, Alago shares his successes in the music industry, such as signing Metallica to their first major label recording contract, while battling 1970s and ‘80s stereotypes, addiction and life-threatening illness.

“Michael Alago was my first genuine connection to the real world of music,” says bassist Jason Newsted. “He is a key player and lynchpin in the early careers of Flotsam and Jetsam, and Metallica, and more importantly; a greatly respected lifelong friend, loved and admired by the people that make up these legendary acts. He’s a fan. We’re all fans.”

A few years later, Alago became the assistant music director for legendary nightclubs the Ritz and the Red Parrot. “I met Michael in 1980,” says Jerry Brandt of The Electric Circus/The Ritz. “He walked into my office at The Ritz and I knew instantly that his kid was going to do great things.”

At age 24, he began a storied career as an A&R executive at Elektra Records that started with signing Metallica in the summer of 1984, changing the entire landscape of rock ‘n’ roll and heavy metal. Alago continued to work in A&R for both Palm Pictures and Geffen Records. He was thrilled to executive-produce albums by Cyndi Lauper, Public Image Ltd, White Zombie, and Nina Simone.

“With his gifted passion and open-minded appreciation for music, Michael Alago changed the world and the lives of millions (myself included) forever,” says Orange is the New Black actor and Alekhine’s Gun vocalist Jessica Pimentel. “I am constantly inspired by him and thank him for sharing his rich life with us: the good, the bad, the ugly, the sacred and the magical.”

In the late 1980s, Alago was diagnosed with HIV, which manifested into full-blown AIDS 10 years later, a diagnosis that equaled death at that time. But with the advancement of medical science and the foresight of a brilliant doctor, he survived and continued his music career. In 2005, he left music to pursue his other love: photography. Alago went on to publish three bestselling books: Rough Gods, Brutal Truth and Beautiful Imperfections with German-based publisher Bruno Gmünder.

Alago has also since overcome his longtime addiction to drugs and alcohol. In his clean and sober life, he has reconnected with his family, continues to be a working photographer as well as record producer, and only through the grace of his 12-Step program is he able to live this big, beautiful life. Who the Fuck Is That Guy? The Fabulous Journey of Michael Alago, a 2017 documentary directed by Drew Stone and produced by Michael Alex on Alago’s wildly successful career in music, was released in theaters and on Netflix, where it is now in its third year. The film is also now available on Amazon Prime Video.

“A true Hollywood tale of how a gay Puerto Rican man in a heavy metal world can become a conqueror!” says Gary Holt, guitarist for Exodus and Slayer. “From running wild in the streets of NYC as younger men to still being close to this day, Michael is a legend in the world of hard rock. The heavy metal landscape would look much different if it weren’t for him. We owe him a debt of gratitude for his foresight in music and I am thankful for his contributions and even more so, his friendship.”