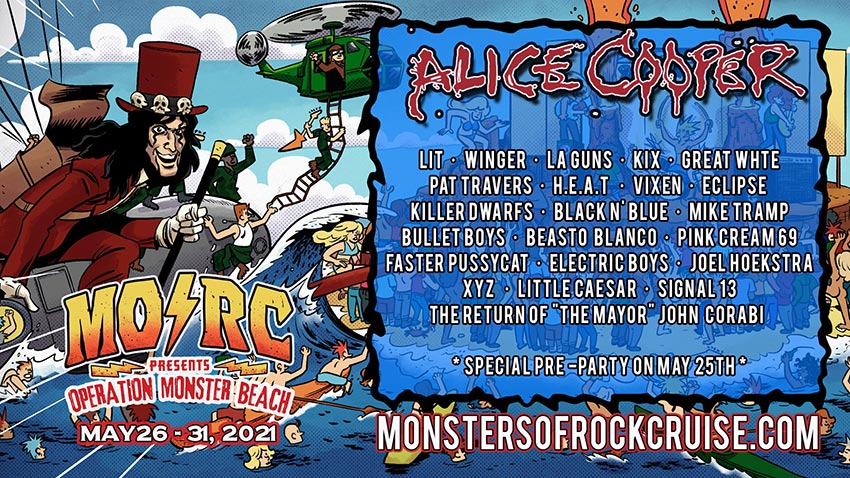 The ‘Monsters of Rock Cruise’ has announced a celebratory 10th anniversary voyage for May 26-31, 2021. “Promoter On The Blue announced MOR’s Operation Monster Beach will be taking over two private, all-inclusive resorts in Punta Cana, Dominican Republic this May 26th-31st and feature performances from over 20 artists, including this year’s headliner, rock icon Alice Cooper,” states a press release.

Regarding tickets, the announcement adds, “The public on-sale kicks off today (12/3) with suites starting at $1,999 per person (double occupancy), plus a mandatory service fee of $125 per person for all guests, regardless of age. Also available are packages to extend your stay, including a two-night pre-party package for May 24-25 (featuring artist performances and entertainment themed around the birthday celebration for actress, singer, director, Calico Cooper) and an individual post-event package is available for guests wishing to stay a day or two after Operation Monster Beach has ended. More details will be announced for these extended stay options.” Get more details and booking info over at MonstersOfRockCruise.com.

Lastly, “In addition to performances, Operation Monster Beach will host interactive events between artists and cruisers, including: Artist/Cruiser Q&A sessions, Gong Show Karaoke, “So You Think You Can Shred” challenge, Cooking with Rock Stars, Name That Monster Song, and Painting With Rock Stars, Rock Stars vs Average Joe Basketball and Beach Volleyball, with more to be announced. Plus, Operation Monster Beach will host themed nights and opportunities to dine with the bands.”

Check out the official flyers above and below. 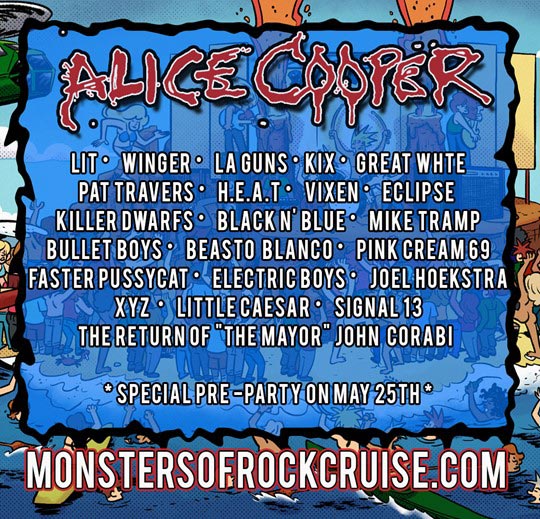