Moonlow, the “apocalyptic noise poetry” project from Duncan Evans (Ex-A Forest of Stars, and now using the pseudonym “Dust”) has now started accepting pre-orders for the upcoming album “Who Are You?” The album is set to be released on CD and tape via Trepanation Recordings in October.

Who Are You? encourages the listener to enter into a quasi-religious communion with elements of the self. The record was written and recorded very quickly in a stream-of-consciousness haze of illness and fear. The listener is invited to join the twists and nuances of this existential journey by allowing Dust’s musical and verbal outpourings of the soul to cleanse them.

The lyrics – often spoken, whispered, or screamed – interrogate concepts and metaphysical entities including death, fear, pain, God, nature, hope, joy and love. The pieces follow a nine-day period and then leave the door open for what may or may not be coming next.

The music, which was composed and recorded almost simultaneously with very little planning, is often abrasive and intentionally avoids traditional structures. However, as well as longing, desperation and despair, there is also calm, tranquility and peace to be found within the ambient textures. Most of the sound sources are synthetic but there are a few “real instruments” in certain places. Everything was performed, arranged, produced, mixed and mastered by Dust other than the guest vocals on one piece by Aryeh.

This is cathartic music in which you can lose yourself. You might even find yourself again, if you need to. Who Are You?

Who Are You? will be released in CD, cassette and digital formats on Trepanation Recordings in Autumn 2020. 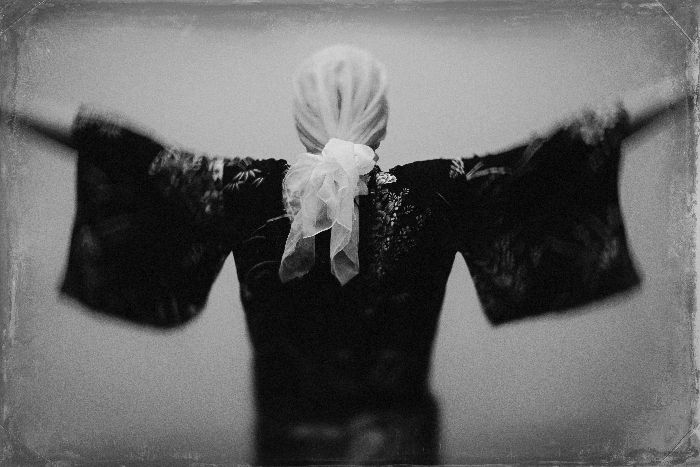