British metalcore titans Architects officially released their ninth studio album, ‘For Those That Wish To Exist,’ this past Friday (February 26th) through Epitaph Records.

To celebrate the release of ‘For Those That Wish To Exist,’ Architects have announced an exclusive record release show to be held on August 7, 2021 at the Pryzm in Kingston Upon Thames, UK (marking their first Kingston show in seven years). “The new album is powerful and thought provoking and we all know how wild the live shows are,” notes the show description. “We expect tickets to fly.”

Get tickets from this location. Check out the official flyers below. 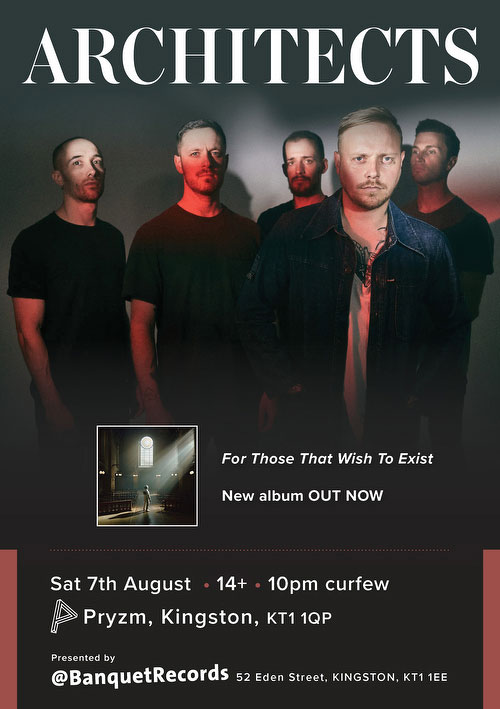 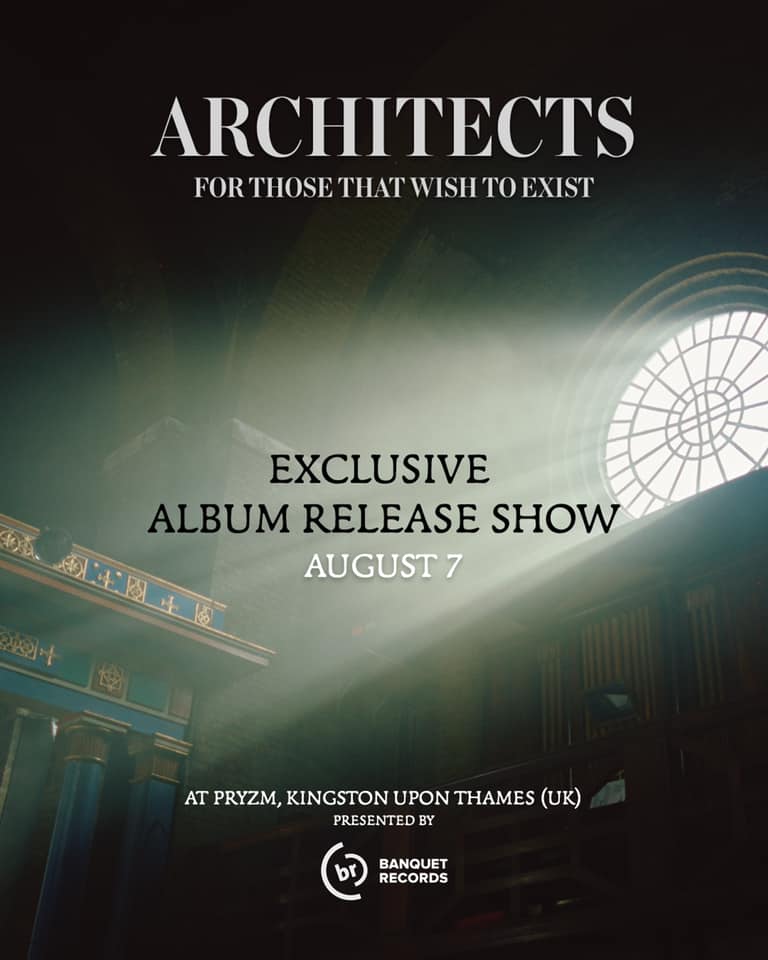