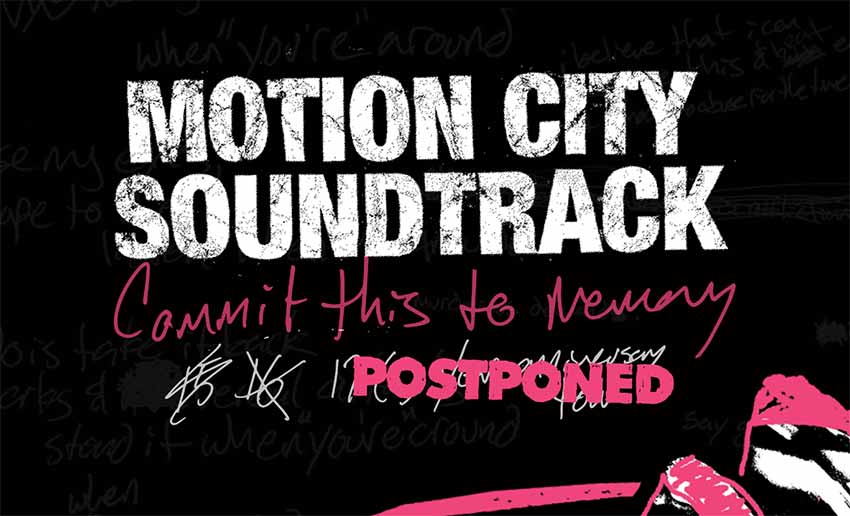 Minneapolis, Minnesota-based rockers Motion City Soundtrack have been forced to postpone their planned ‘Commit This to Memory’ U.S. tour, which was set to commemorate said 2005 second studio album. A few dates on the run had already been pushed back prior to this announcement.

A full statement from the band reads:
“Hey there, beautiful people!

As you are all probably aware, Covid has unfortunately hit our touring family. We took every precaution that we could before, during, and even as we have been stuck in a holding pattern in sunny Chicago since this tour (almost) got started about a week ago. Every day since before the tour started, we have been weighing the pros and cons of whether or not to proceed as initially planned, but due to the severity of the situation out there, we have ultimately decided to postpone the entire tour.

We are completely devastated to have to do this, as we’ve looked forward to this tour for SO long. As we try and figure out the best plan moving forward, we ask that you please be patient with us as we sort it out. The goal here is to see each and every one of you when we can all feel safe!

Stay tuned for more information, as we work to re-schedule these shows.

Be well, stay safe, and much love!”

Also Check Out: ‘CEMR MetalFest’ 2022 has been postponed