UK grindcore legends Napalm Death have posted their new song “Backlash Just Because” in lyric video form — stream it below. The track appears on the band’s recently revealed full-length album, ‘Throes of Joy in the Jaws of Defeatism,’ which officially comes out on September 18, 2020 through Century Media Records (pre-order).

This song in particular really spurred me on when I was writing lyrics for the album overall. It’s raucous and traditional, but also quirky and discordant and ultimately catchy-as-anything in the context of rampaging noise. Lyrically it was directed at the spiteful art of creating easy targets and fomenting paranoia and revulsion, which is something that I feel has become de rigueur in very recent times. I really let loose on the more sporadic vocals at the end of the song – it’s a real barkfest at that point. Lovely.

‘Throes of Joy in the Jaws of Defeatism’ was recorded with longtime producer Russ Russell, features artwork by Frode Sylthe, and marks the follow-up to 2015’s ‘Apex Predator – Easy Meat.’ 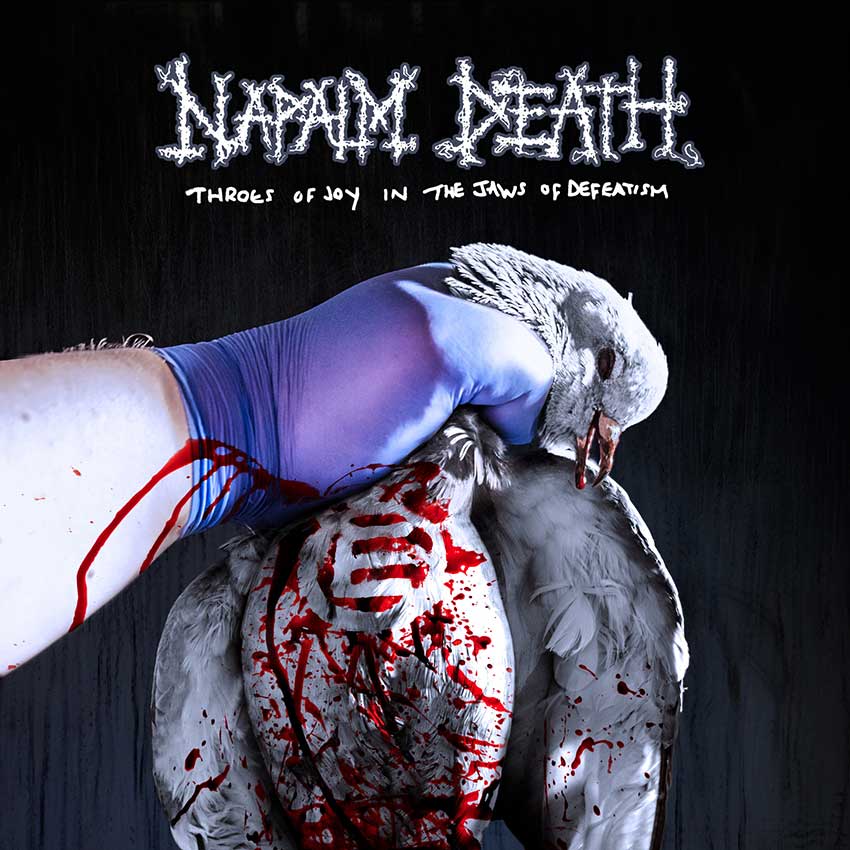 ‘Throes of Joy in the Jaws of Defeatism’ track list (standard edition):

1. F*ck the Factoid
2. Backlash Just Because
3. That Curse of Being in Thrall
4. Contagion
5. Joie De Ne Pas Vivre
6. Invigorating Clutch
7. Zero Gravitas Chamber
8. Fluxing of the Muscle
9. Amoral
10. Throes of Joy in the Jaws of Defeatism
11. Acting in Gouged Faith
12. A Bellyful of Salt and Spleen