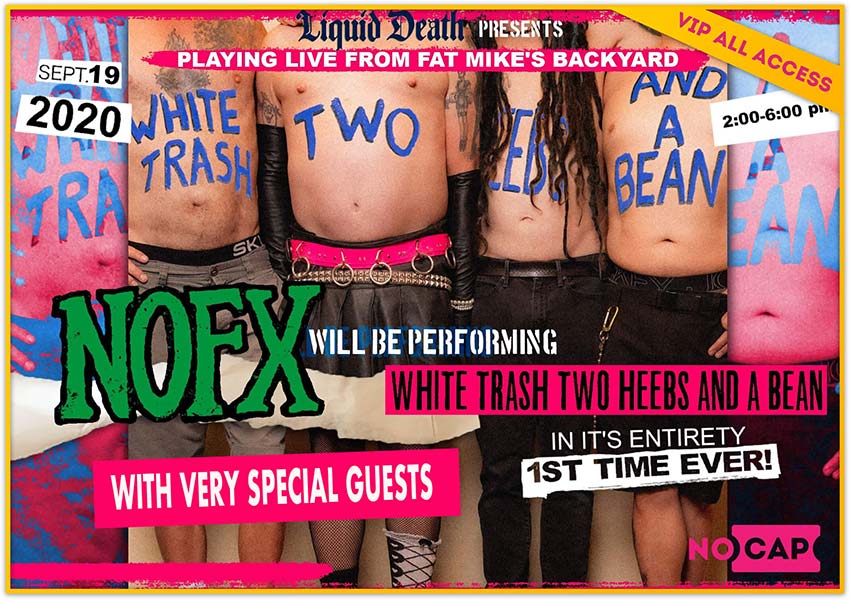 EDIT: You can watch the stream replay HERE.

The event will air from band member “Fat” Mike Burkett’s backyard, and will see the band dishing out a full performance of their 1992 full-length record, ‘White Trash, Two Heebs and a Bean,’ for the first time ever.

The virtual event is part of ‘Weekend at Fatty’s’ a new BBQ concert series held at Fat Mike’s house.

“Grab an all-access VIP pass to hang with the band after their performance as cameras roll well into the night. You’ll be treated to a trove of unannounced guests, performers, comedy, campfire stories, and more!,” says the band.