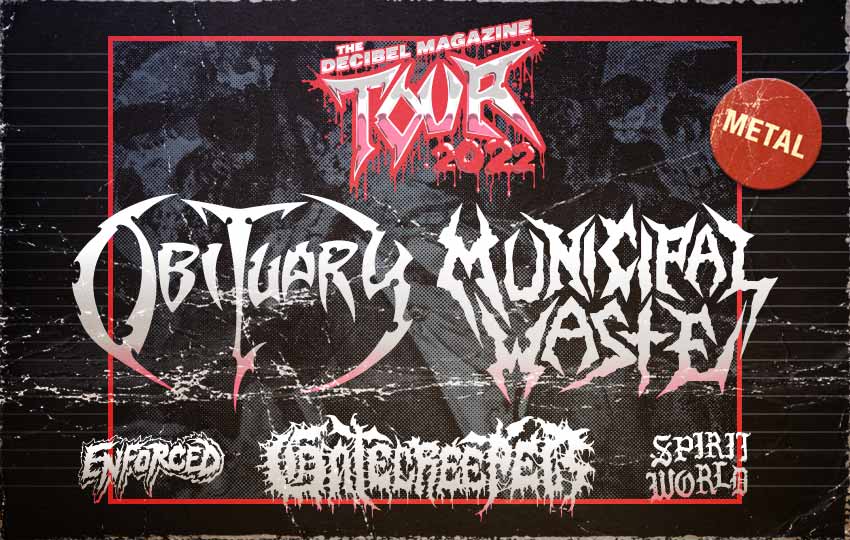 Obituary, Municipal Waste, Gatecreeper, Enforced and SpiritWorld (on select dates) will join forces for the recently announced 2022 ‘Decibel Magazine Tour’ — check out all confirmed shows below.

“We are very proud, excited and honored to be a part of the 2022 Decibel Magazine Tour,” states Obituary. “Sharing the stage with our good friends and fellow shredders Municipal Waste is something we’ve been wanting and waiting to do for a long time, so super stoked to join forces with them along with Gatecreeper and Enforced to reassure fans for an all-out raging lineup!”

Obituary add, “And we want to make this fun and interesting for the fans as well, so we are asking everyone to give us their thoughts on which songs Obituary should play. We are really looking forward to reading all the comments and suggestions, and start working on the setlist. So, hit us with your favorite song suggestions and let’s do this!”

Municipal Waste frontman Tony Foresta says, “We’re very excited to be a part of a tour with so many heavy hitters from start to finish! Looking forward to hitting so many of these places we haven’t played in such a long time.” 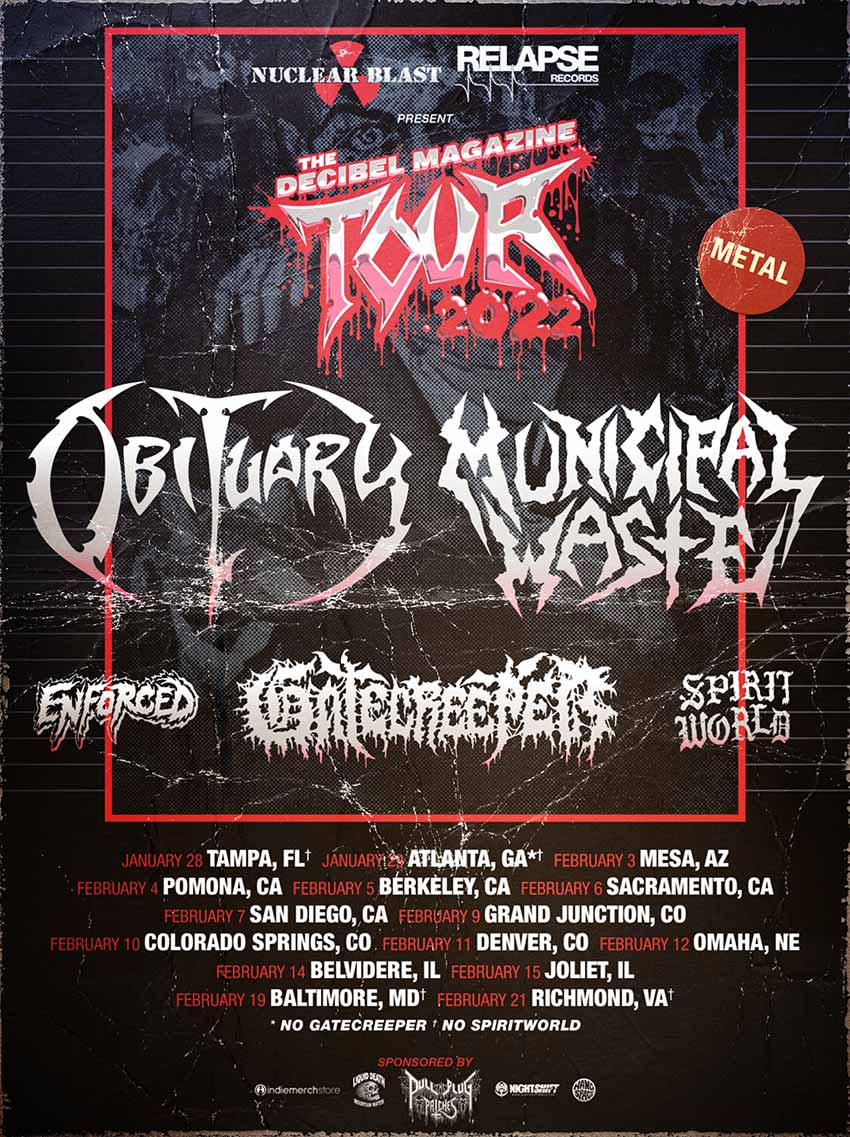