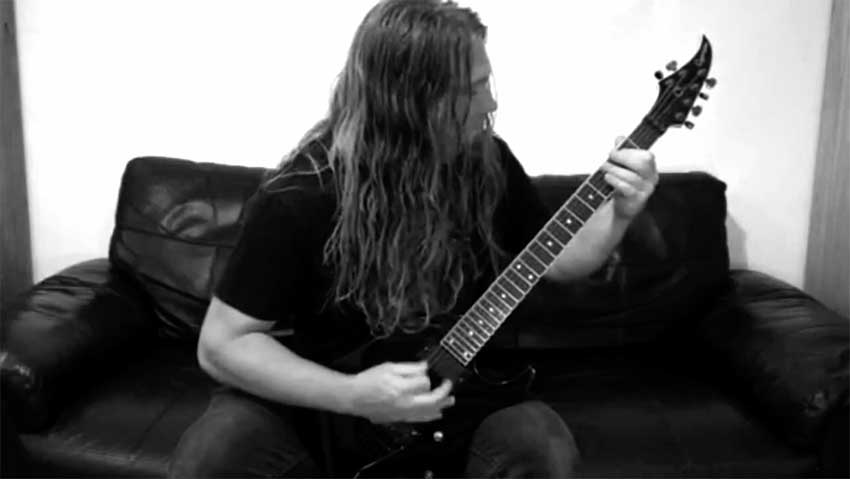 UK thrashers Onslaught have revealed (via Guitar World) a guitar playthrough for their single “Religiousuicide,” which appears on the band’s upcoming full-length album, ‘Generation Antichrist,’ which is due out on August 7th (pre-order).

“Probably the most intense track from the Generation Antichrist album, it’s a full-on relentless MF from start to finish,” says guitarist Wayne Dorman. “We used a cool Chromatic pattern for the main riff before the fireworks kick in on the verses. It’s a hard workout to nail it super tight and I really had to get my shit together. Dave Garnett, our vocalist, shared the solo duties with me on this one. I really dig the contrast between the two styles, it’s definitely a scorcher. I’m gonna be tabbing this one out sometime soon for this who are interested.”

“Religiousuicide” was recorded using Caparison C2 and Solar A Series guitars with the Neural DSP Fortin Cali Suite plugin for the guitar tones.

Guitarist and founding member Nige Rockett previously noted that “Religiousuicide” “is one of the most intense, hate filled songs that ONSLAUGHT has ever written and it’s definitely one for the pit!”

ICYMI, Onslaught recently released their new single/video “Bow Down to the Clowns.”