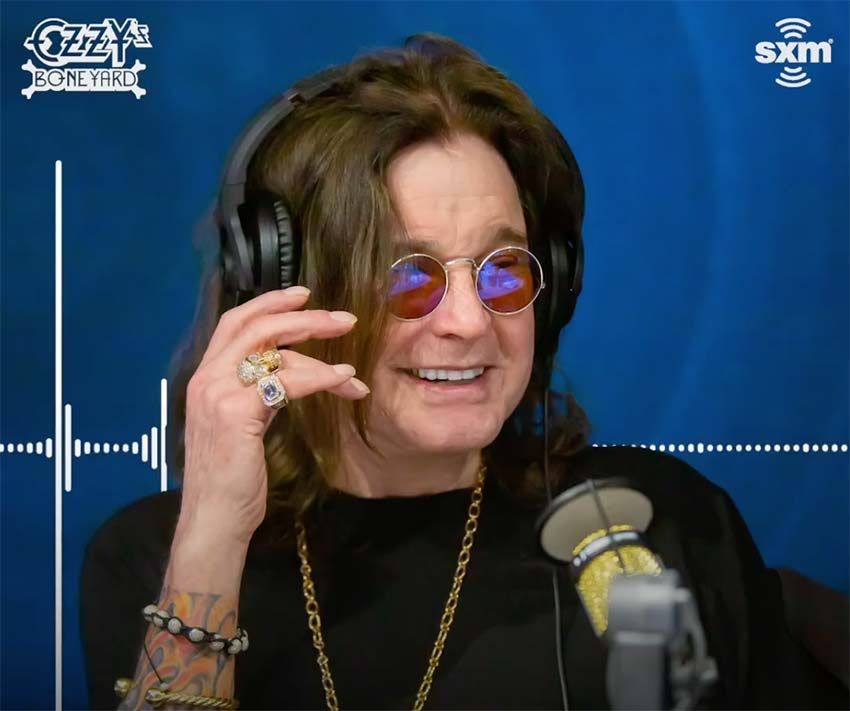 Ozzy Osbourne sat down with co-host Billy Morrison for another episode of Ozzy Speaks on SiriusXM’s Ozzy’s Boneyard. Throughout the episode Ozzy Osbourne and Billy Morrison played some of their favorite hard & heavy songs, discussed 2021, the COVID-19 vaccine, their love for AC/DC and more.

The Ozzy Speaks episode, which premiered on SiriusXM’s Ozzy’s Boneyard on Monday, February 8, is available on the SiriusXM app and will rebroadcast on Ozzy’s Boneyard throughout the week.


Billy Morrison: What about the vaccine?

Ozzy Osbourne: I want to get the shot, but –

Billy Morrison: You do? ‘Cause you know, the conspiracy theories, right?

Billy Morrison: Well, there’s a mutual friend of ours, who I’m not going to name, who is convinced there’s a microchip in it. Convinced!

Ozzy Osbourne: When you think about that, what you just said, all these different conspiracies about the f***ing vaccine. I look at it like this. If I don’t get the shot and I get the virus, there’s a good chance I ain’t going to be here.

Billy Morrison: Absolutely. Between us, I mean, I’ve injected brick dust in the past, and you’ve snorted pretty much anything that’s snortable. You think about what we’ve done. Right?

Ozzy Osbourne: I mean, come on.

Billy Morrison: Think about the shit we’ve put in our bodies, and then we go, “Oh yeah, but… Ooh, I don’t know about that.”

Billy Morrison: The greatest thing is the next junkie that cleans up and goes, “is it organic?”

Ozzy Osbourne’s Songwriting Comes To Him At Night:


Billy Morrison: Do you only jot down lyric ideas and melody ideas when you’re in album mode or is that your whole life you just jot it down?

Ozzy Osbourne: You’ve been with me, I’ll be flying around and I go, “Why don’t we go with this, Billy?”

Billy Morrison: That is very true. A knock on the hotel door at two in the morning, “Billy, I’ve got a melody!

Ozzy Osbourne: Yeah, but that’s kind of just what happens… You must’ve done this, you lay in bed and then you hear this f***ing symphony in your head, and you go, “It’s that good. No f***ing way I’m going to forget this tomorrow morning.” Next morning – woo.

Billy Morrison: And do you think that is, you’ve learned over the years, you got as a songwriter, you’ve got to take that moment when it comes?