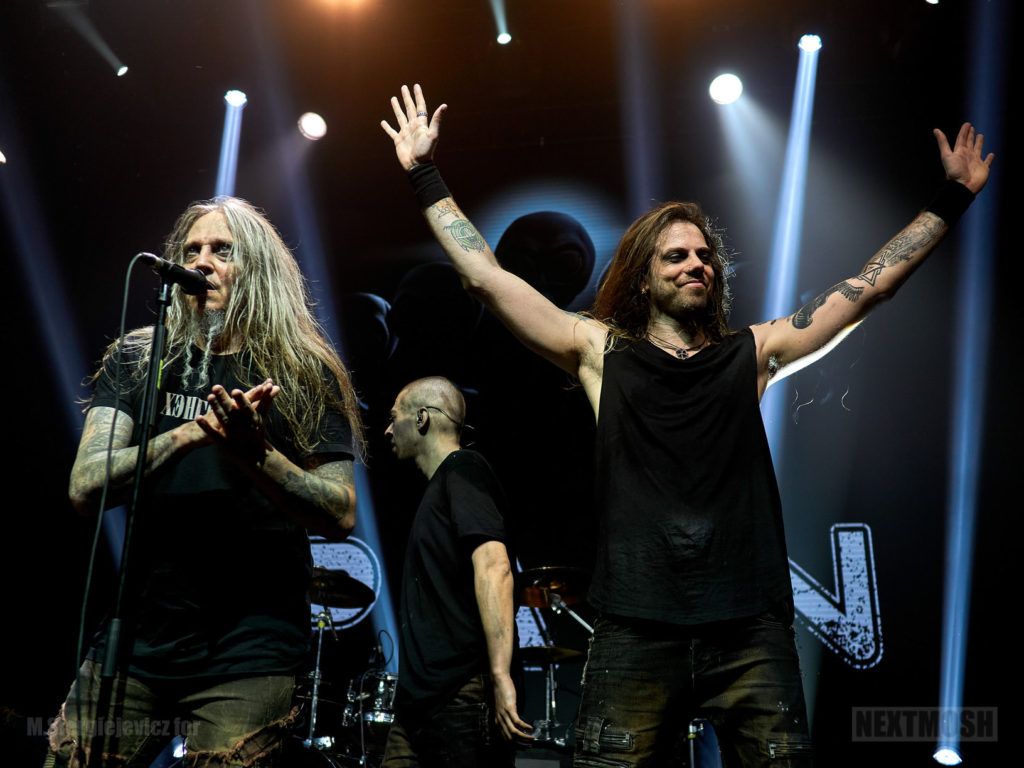 Peter Tägtgren-led Swedish electronic/industrial metal/rock outfit Pain performed a show at the 1930 Moscow club in the capital of Russia last night, February 23rd, with help from local metal band Divided Island. Pain pulled out big hits in Moscow, performing at least one song from their entire full-length discography, including numbers like “On Your Knees (Again),” “End of the Line,” “It’s Only Them,” “Same Old Song,” “Zombie Slam,” and much more.

A very ecstatic and packed house experienced top notch production from Pain, with tons of flashy lights and nifty visuals being displayed on the upstage LED video wall. The band’s encore treated fans to two new singles released this year, specifically their cover of The Rolling Stones classic “Gimme Shelter” and the super catchy “Party in My Head.” Our photographer Michał Siergiejevicz was on the scene and snapped a ton of awesome shots, which you can check out below.

Also happening over night, Russian president Vladimir Putin launched a massive invasion of Ukraine, with military operations currently ongoing in places like the capital, Kyiv. A very frightening moment in time, indeed. Due to the present situation in Eastern Europe, Pain have announced the postponement of their show in Saint Petersburg, Russia (which was set for tonight, Feb. 24th) and their gig in Kyiv (planned for Feb. 26th). On social media, the band said:

“Hello everybody!
We must share with you our difficult decision. We have to postpone our show in Saint-Petersburg. The concert in Kyiv is going to be rescheduled, too.
Right now we can’t stay here under the circumstances pretending nothing is happening.
We’ve been trying as hard as possible to make this tour happen, to fight the covid regulations, to meet you all. We did 6 shows in Russia. We were looking forward to playing again in Ukraine. Unfortunately, now it’s better for us to come back to Sweden.
We’re sad. We know that common people in both countries don’t want this conflict and are not responsible for the situation. However, it cannot be ignored.
We hope you understand, too. It’s just not the right time to have these shows.
We’re leaving today wishing for peace to come soon. We’ll get back to you with the new dates as soon as possible. Take care, stay true!”

Stay up-to-date with Pain by following painworldwide.com. Here are some upcoming shows for fans in the Moscow area:

See the full gallery below. All photos by Michał Siergiejevicz. 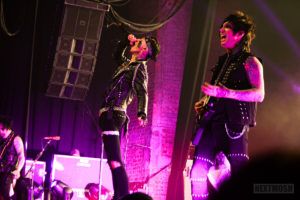 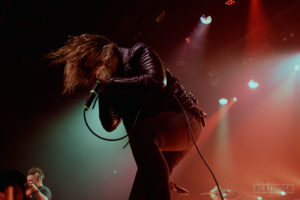 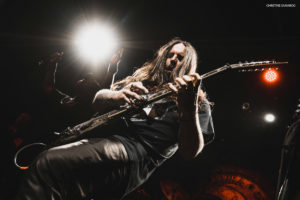