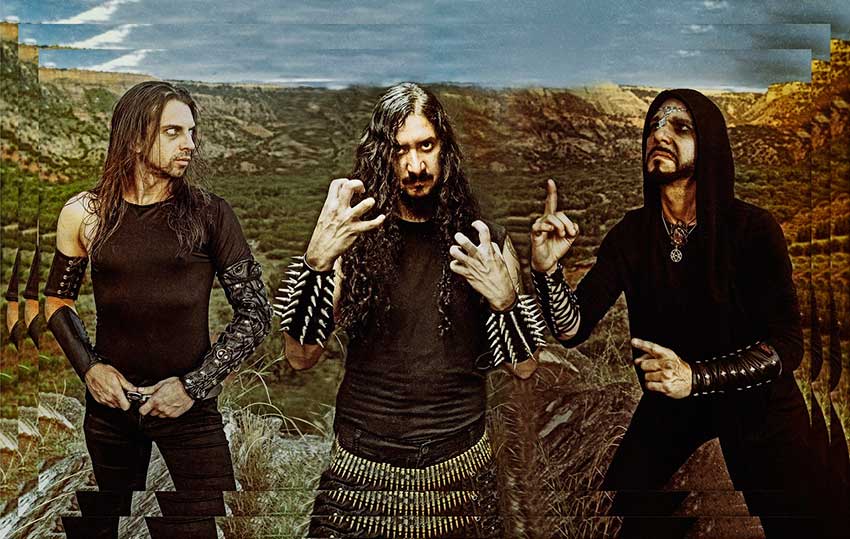 Agonia Records today confirms the signing of the new, Texas-based “mythological occult metal” act Proscriptor McGovern’s Apsû. The debut/self-titled album’s release date is to be announced in the latter portion of 2020.


When drummer/vocalist Proscriptor (Russ R. Givens) dissolved Absu on January 27th 2020, his main intention was to splinter the 30-year old faction into a renewed songwriting concord. Proscriptor McGovern’s Apsû is the obvious by-product of that chemical breakdown and securing the ranks is continuing bassist/vocalist Ezezu and new guitar virtuoso Vaggreaz.

Proscriptor continues regarding the album’s lyrical approach: “This album is written for those who are curious and unwearied in their quest of arcane knowledge. I have (with vast exertion and detriment of time and space) collected knowledge deemed, in regard to my subject theories of ‘mythological occult metal:’ from Thelemic Magick and The Zos Vel Thanatos Formula to Fractal Ontology and (obviously) Near East Mythology.”

The album is being chronicled at studios around the world with final mixing being handled in Dallas, Texas by J.T. Longoria and mastering by Karl Daniel Lidén in Sweden. The album also features guest appearances from Vorskaath (Zemial), Ross Friedman (Ross The Boss), Jeff Becerra (Possessed), Rune Eriksen (Aura Noir/Vltimas), Alex Colin-Tocquaine (Agressor) and The Dark (Agatus). To assemble the album’s packaging with ten separate portrait illustrations, the band has re-commissioned the expertise of renowned Polish artist Zbigniew Bielak.