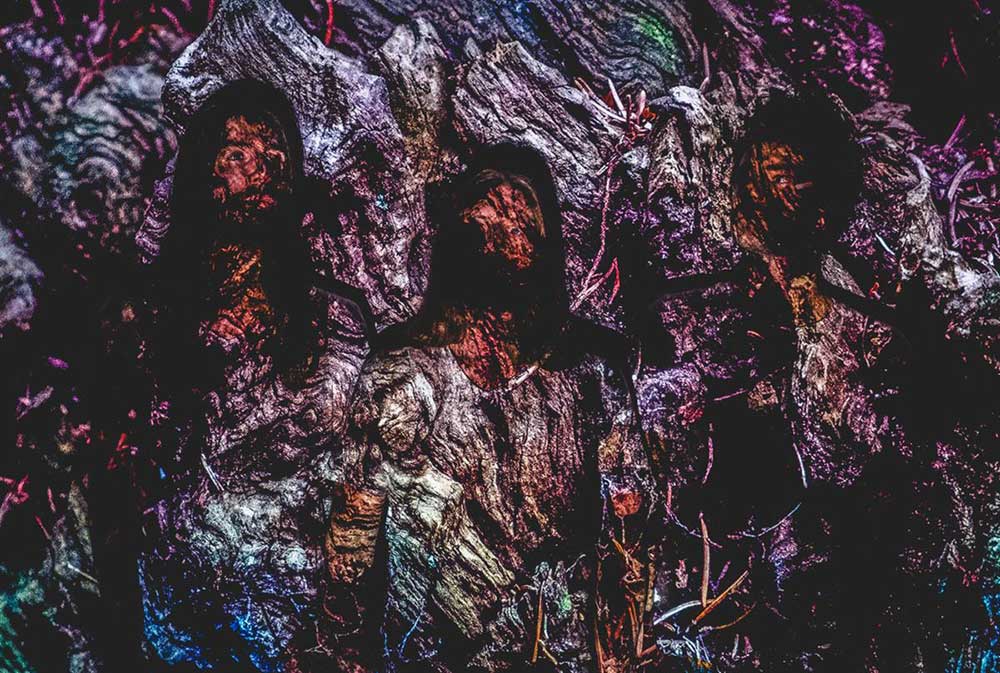 Belgium post-metal act Psychonaut have teamed up with BrooklynVegan for a full stream of their new debut album ‘Unfold The God Man.’ Listen to the record in its entirety below.

Writes BrooklynVegan of the release:

It’s a 70-minute concept album with philosophical and spiritual themes…Musically, the closest comparison is Baroness’ prog-sludge, and if you dig that band, you’re probably gonna dig PSYCHONAUT too. But they also work in other stuff like third-eye psychedelia, NeurIsis post-metal, throat singing, religious-style chants, and more. It’s a real journey of a record…

PSYCHONAUT literally came from out of nowhere – Mechelen, Belgium, to be precise – but their debut album showcases truly world class musicianship and songwriting abilities, heavily influenced by ’70s bands like Led Zeppelin and Pink Floyd, but also drawing inspiration from contemporary heavy artists like Tool or Amenra. Recorded by Chiaran Verheyden at the renowned Daft Studios in Malmedy, Unfold The God Man is an intricate concept album tackling philosophical and existential themes, and ultimately exploring mankind’s re-ascension to a higher level of consciousness. The nearly seventy-minute-long album contains material from over three years of incessant writing, arranging and recording.

Get ‘Unfold The God Man’ on CD, LP, and digital formats via Pelagic Records: