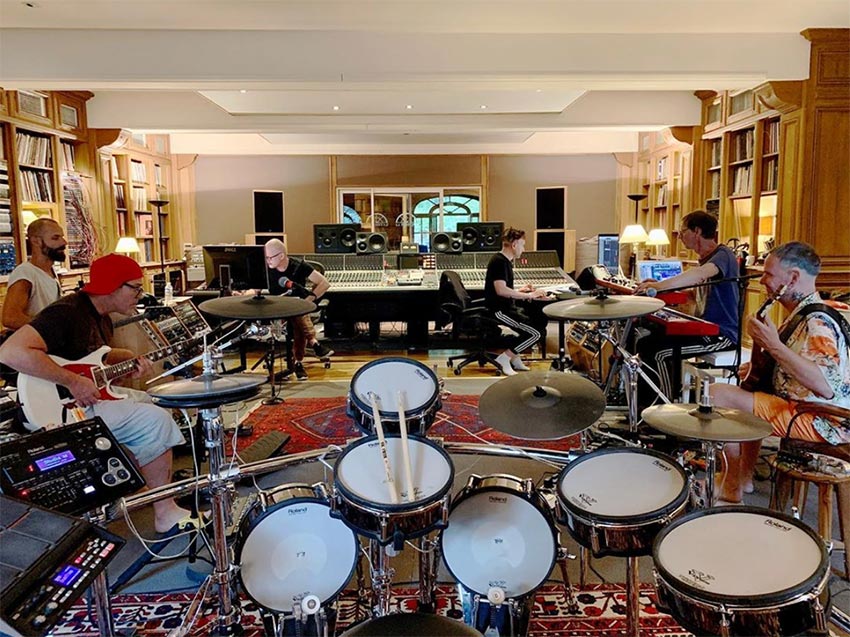 Rammstein have confirmed reports that they are currently in the studio working on fresh material.

“Sadly no tour this year – but it’s great to be back in the studio!” affirmed the German metal greats via a social media post revealed earlier today (featuring the above photo; snapped by drummer Christoph Schneider).

Previously, Rammstein World had reported: “There’s no longer any doubt: Rammstein are back at La Fabrique studios, where they recorded their latest album! Some members and engineers of the band have been spotted in Saint-Rémy-de-Provence, where the studio is located. Other people usually present in the studio with the band posted about their trip to France on social networks.”

“Herzeleid (XXV Anniversary Edition – Remastered) will feature the album’s original tracklist on a single CD, housed in a lavish, cross-shaped digipak with deluxe slipcase, and, for the first time ever, the remastered album with HD sound will be available digitally,” stated the official press release.

The announcement also noted, “In addition, there will be a 2LP version with a slipcase containing two 180 gram heavyweight black vinyl discs with blue splatter effect. The creator of the original artwork, Dirk Rudolph, is also responsible for the Anniversary Edition packaging. The booklets also contain the original band portraits shot by Praler. Both the CD and vinyl editions are strictly limited.”

Get your pre-orders in, HERE.

Lastly and ICYMI, Rammstein recently rescheduled their ‘North American Stadium Tour’ to 2021 — check out the new dates below.