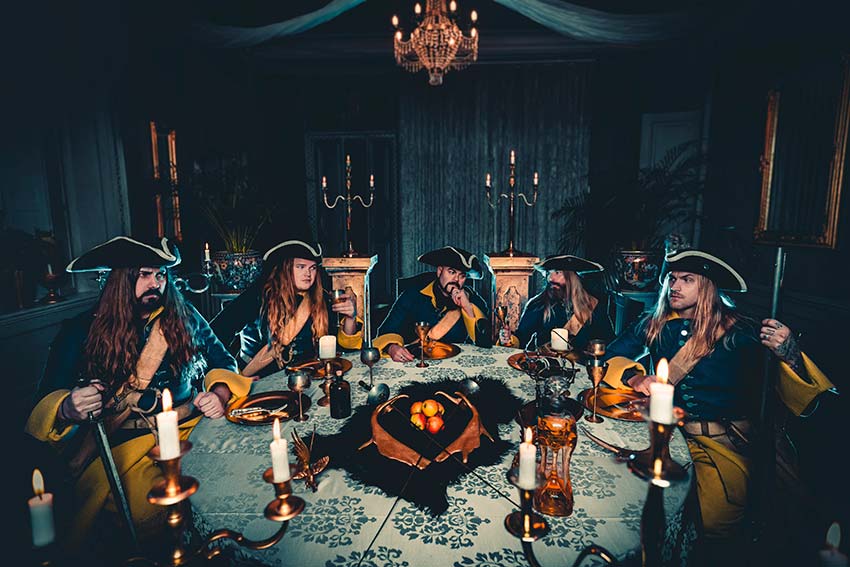 Celebrated Swedish heavy metal titans SABATON enter a new partnership with NUCLEAR BLAST, re-signing with their longtime label home for a new single and much more to come.

“Livgardet,” the band’s first new music since 2019’s “The Great War” (which cracked the Top 10 in 11 countries, including No. 1 positions in Switzerland, Germany, and Sweden), will arrive on February 26. The Swedish-language song honors the Swedish Royal Guards first established in the year 1521.

Editor’s note: check out a teaser for “Livgardet” looped over and over for 10 hours:


“It feels good to continue our collaboration with the world’s biggest heavy metal label, Nuclear Blast,” said SABATON bassist and co-founder Pär Sundström, who also serves as the band’s manager. “We have been working with Nuclear Blast for more than a decade, and at the end of last year, we signed the contract for the upcoming releases, and we will continue to write metal history together.”

The Nuclear Blast relationship with SABATON dates back to 2010’s World War II-themed “Coat of Arms”. Its follow-up, 2012’s “Carolus Rex”, was released in both English and Swedish language editions. “Livgardet” marks a return to the band’s native language. As SABATON’s frontman, co-founder, and principal songwriter Joakim Brodén declared: “Damn, it feels good to be singing in Swedish again!”

The song is now available for pre-save via this link:
http://nblast.de/SabatonLivgardetPre

As proclaimed by Kerrang! magazine, SABATON put the “(fire)power back into metal” and deliver bombastic, anthems of sacrifice, heroism, and determination, across nine studio albums and two decades of unforgettable performances. The songs “To Hell and Back,” “The Last Stand,” and “Primo Victoria” have been streamed more than 200 million times on Spotify alone, where SABATON boasts more than two million monthly listeners. Over a million YouTube subscribers share in the band’s dual passions for hard rock and history. This precision combination propelled them to the top of the bills at the world’s largest metal festivals, like Wacken Open Air (Germany) and Bloodstock Open Air (UK).

SABATON is arguably the most important band to emerge from the modern metal scene, journeying forth with confidence on a steady ascendence that’s rewarded them with five Metal Hammer Golden Gods Awards (including Best Live Band three different years) and multiple nominations for the Swedish equivalent of the Grammy Awards, the Grammis. In 2016, “The Last Stand” debuted at No. 1 in three different European countries and cracked the Top 3 in four others. Brodén, Sundström, Chris Rörland (guitars), Hannes van Dahl(drums), and Tommy Johansson (guitars) curate a festival of their own, Sabaton Open Air, that started back in 2008, as well as their own forward-thinking Sabaton Cruise, that is being held since 2009.

“The excitement level at Nuclear Blast is of the highest proportion due to the fact that today, we announce and celebrate the extension of our relationship with one of the most successful metal bands in history, the mighty SABATON!” proclaimed the global Nuclear Blast Team collectively. “Here’s to many more years of success and domination together!”

“Believe is ecstatic at the prospect of helping extend the relationship between the two top Metal entities, SABATON and Nuclear Blast Records, for years to come,” added Thorsten Freese, Managing Director of Believe (Germany), the Paris based label services and distribution provider. “We understand how important the two brands are, and there’s more than 100% full support and understanding of their leading markets. Here’s to many more years of continuous success!”

SABATON’s ninth album centered on World War I, often referred to as “The Great War.” “The Last Stand” delved into various “last stands” throughout history. “Livgardet” strengthens the band’s well-known reputation as experts, aficionados, and storytellers regarding the triumph and tragedy of battle.

“Since 2012 and Carolus Rex, we have been looking forward to writing more songs in Swedish, and we felt that we were not done with the history of our fatherland,” Sundström explained. “Over the past years, we have been discussing around topics until something obvious came up. One of the oldest military regiments in the world, the Swedish Royal Guard (Livgardet), was formed in the Sabaton home region in Sweden, Dalecarlia, in 1521 by the legendary Swedish king Gustav Vasa. For the past 500 years, they have evolved with the times and served under various kings and queens around the world and are still active today. We felt that such an anniversary would be worth a song, and we aimed at writing a respectful tribute, an anthem for this Swedish regiment and its legacy. The rich 500 years of history is, needless to say, extremely hard to fit into one song, and that is why we mainly focused on the parts and battles that happened during the age of the Swedish Empire. We aimed to write a respectful tribute, a powerful anthem, for this Swedish regiment and its remarkable legacy.”

SABATON headlined London’s Wembley Arena in February 2020. Judas Priest chose them as main support on their 50 Heavy Metal Years tour of North America, scheduled for September and October 2021. The group will kick off 2022 with an unprecedented 29-city tour of their home country.

NUCLEAR BLAST joined forces with Believe, now majority shareholder, in October 2018. Believe offers expertise and experience as they develop record labels and artists at each stage of their respective careers, in every market around the world, with the core values of respect, fairness, and transparency. NUCLEAR BLAST is the strongest name in hard-hitting extreme music, smashing through traditional barriers as it expands into uncharted areas other labels have yet to reach since its inception in 1987. The label’s roster boasts several metal genre standard-bearers: Rob Zombie, Slayer, Nightwish, Avantasia, Blind Guardian, Machine Head, Testament, In Flames, Accept and many more. NUCLEAR BLAST continues toward an ambitious future while never compromising its roots. 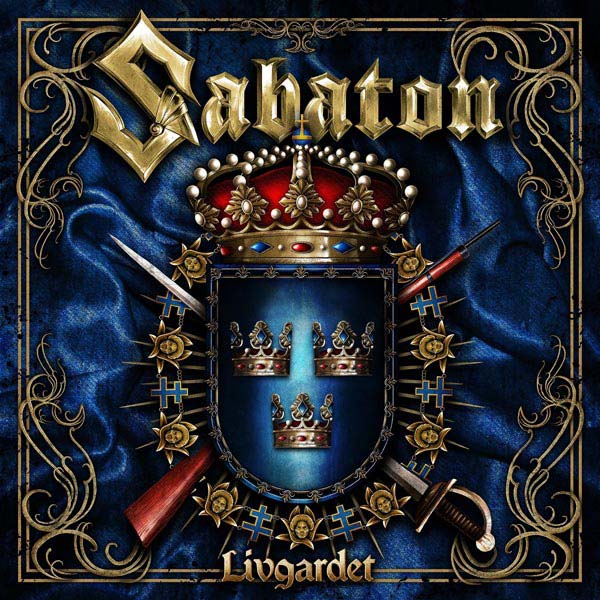