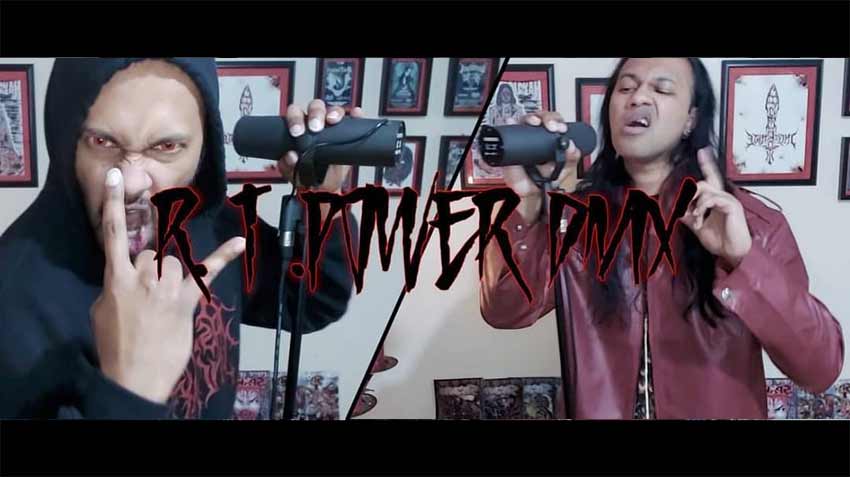 Sam comments, “DMX was one of my favorite artists growing up throughout my teen years. His vocals and lyrics were a huge influence on me towards developing my own Harsh Rap vocal style and eventually led me to doing Extreme Metal Vocals. Stop Being Greedy is one of my favorite songs by him and I was devastated by his unfortunate passing. So I wanted to cover this song to pay my respects to DMX the great. I got my good friend Nicholas Asis from Peru to help me out with additional rhythm and lead guitars on top of the original tune to make the song cater to two genres I absolutely love, Rap and Metal. If you loved DMX as much as I did then I hope you will resonate with this cover.”

Here’s more info on Sam via a presser, “Sam Astaroth is a well versed metal vocalist with a strong skill set across screaming, rapping and singing. Significantly involved with his band, Astaroth Incarnate, both as a musician and behind the scenes, he also writes reviews for Banger TV. In the process of launching his solo career, Astaroth recently launched his Twitch channel and is working on new solo music.”