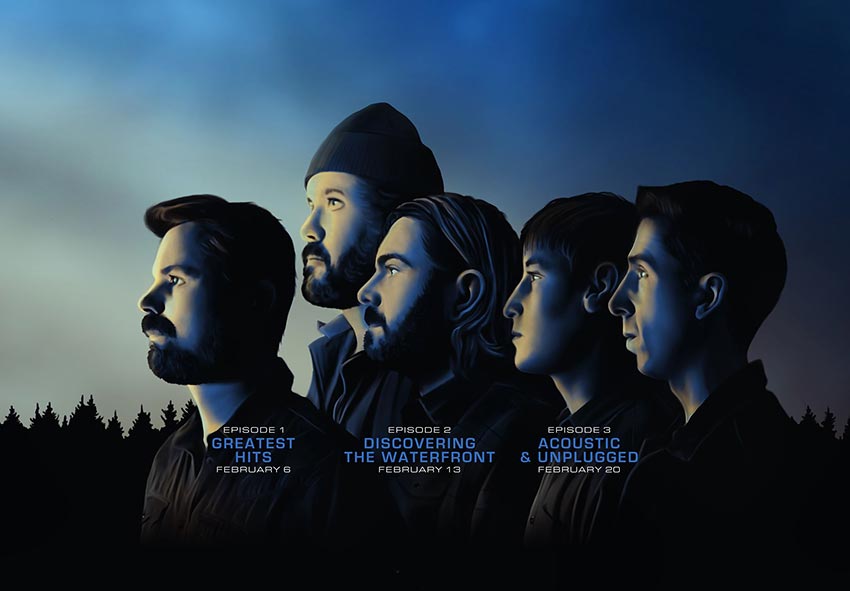 “After a whirlwind 2020 celebrating two decades together and the release of their ninth studio album, Silverstein are announcing plans to kick off 2021 with an immersive livestream event series in February,” says an announcement regarding the streams. “Across three weekends the band will perform unique sets spanning their extensive catalogue. Virtual VIP meet and greets and photo opps will be available with the full band, meanwhile fans can grab extremely limited merch items including silk screen posters, an official Guitar Pick tin with Silverstein Picks, plus the ‘Out of this World’ soundtrack (scored by Silverstein’s honorary 6th member, producer Mike Tompa) on cassette.”

Lead vocalist Shane Told adds, “After our ‘Next Level Livestream’ we thought about how we could step up our game even more! ‘Out Of This World’ will offer three different sets featuring our greatest hits, acoustic jams and ‘Discovering The Waterfront’ in its entirety. But of course, it will be more than just music, more than just bangers… We have enlisted some of the best people in the country to help us pull this off, so expect the finest in production quality, video and sound. Fans will get to hear a variety of tunes spanning our entire career and a few songs we haven’t played live in a long time… or ever. Make sure you swing by our merch ‘table’ and pick something up too!”

The full schedule and official flyer can be viewed below. Get tickets at this location. 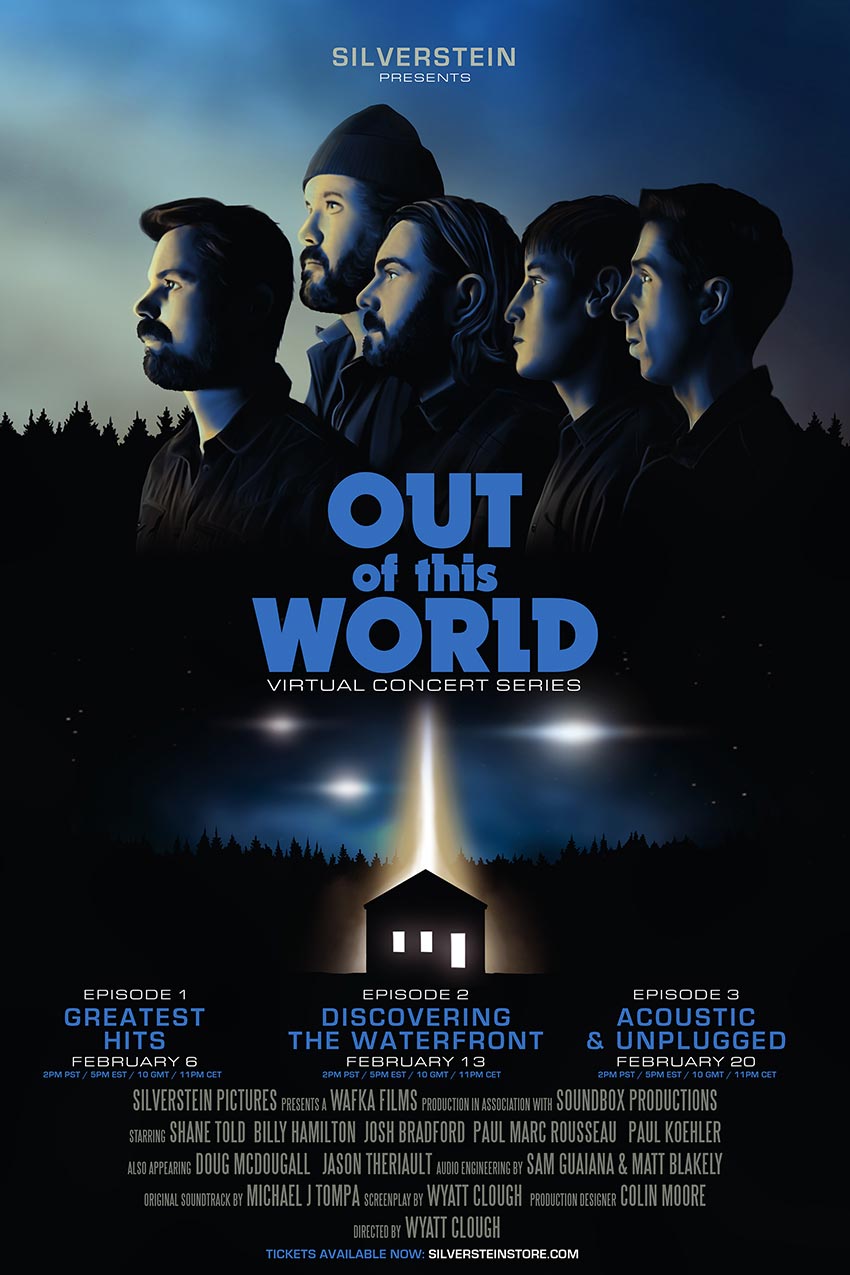