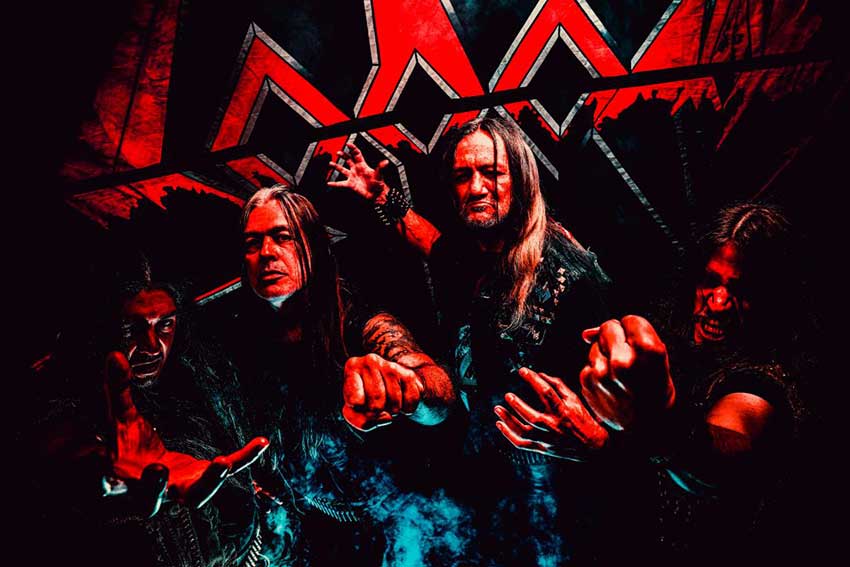 Following yet more official appreciation, as acknowledged by the presentation of the German Record Critics’ Award, for their current album ‘Genesis XIX’ (having garnered the prize once before with its predecessor Decision Day in 2016) and prior to their upcoming 40th band anniversary next year, Sodom have rarely been as energetic as in spring 2021.

Despite cancelled shows, despite the Covid-19 lockdown, despite the many imponderabilities that these strange times bring about. In a phase when other bands appear to remain stuck in anguish, 20 August 2021 will see Tom Angelripper and band members Frank Blackfire (guitar), Yorck Segatz (guitar) and Toni Merkel (drums) release their brand-new EP ‘Bombenhagel’ on Steamhammer/SPV, available on CD, 12” vinyl and for digital download.

“Originally we had planned to bring out the record in time for this year’s summer festival season, including a sticker with all confirmed tour dates. Of course, the way it looks at the moment, all festivals will be postponed until 2022. But the EP will be released anyway, as a sign of life. As a signal to our fans: We’re still around! The story continues,” explains Tom Angelripper. 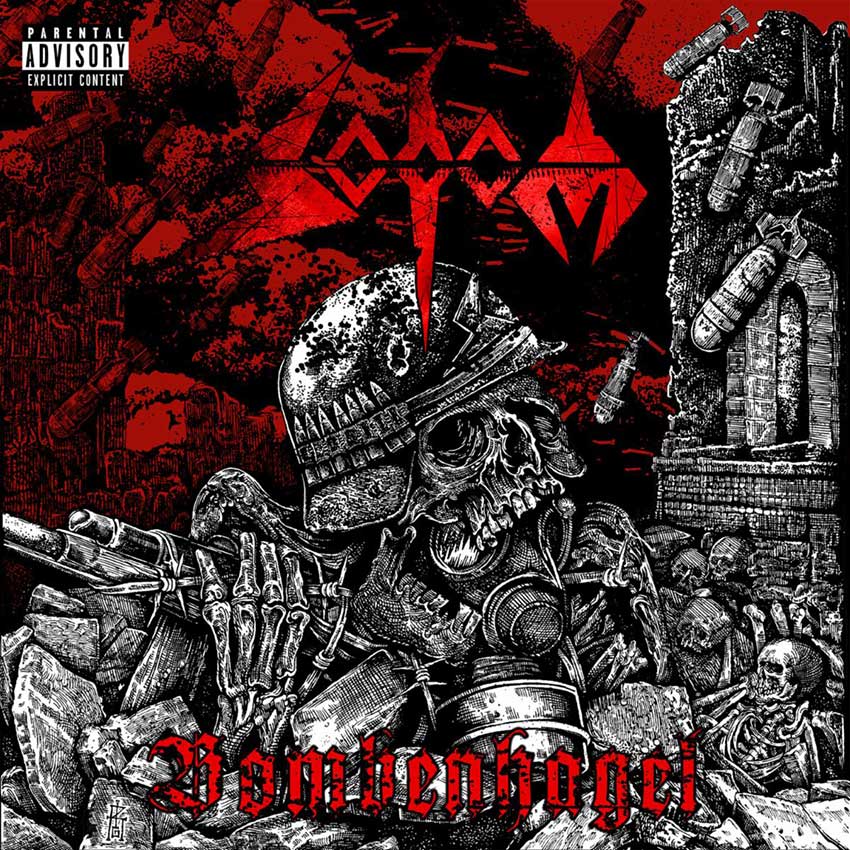 ‘Bombenhagel’ will be released on August 20th, 2021 through SPV/Steamhammer in the following configurations:

=> Exclusive CD/LP Bundle with a T-shirt only at the Steamhammer shop
Pre-Order Link: shop.steamhammer.de/artists/sodom/store