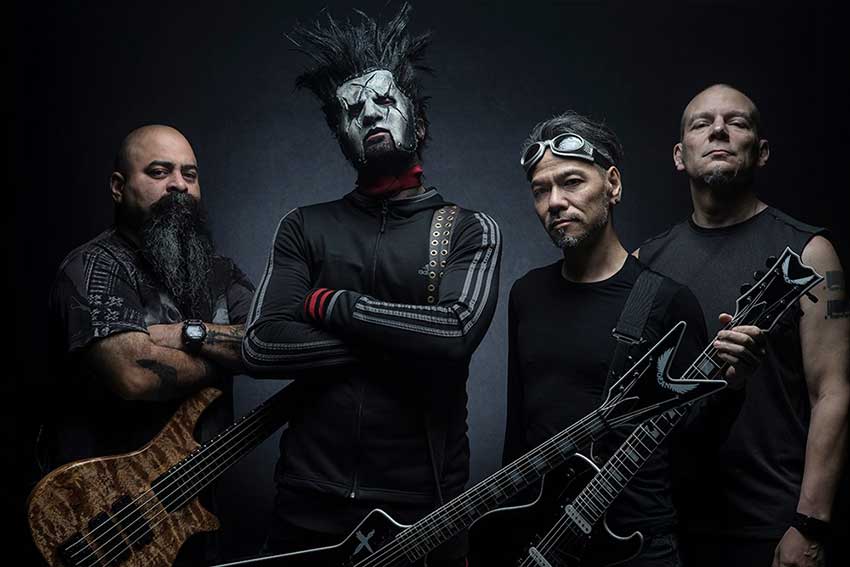 UPDATE 6/25: Royal Bliss have dropped off the festival and Riding with Killers have been added. Go HERE for the full scoop and updated schedule.

UPDATE 6/24: As Stereogum reports, Kaleido have also dropped off this festival, stating: “We do not want to put our fans at risk in a county with rising infection rates, we thank you for understanding,” marking the second band (Nonpoint being the first) to remove themselves from the bill.

We do not want to put our fans at risk in a county with rising infection rates, we thank you for understanding 💚

In addition, festival promoters have just announced the addition of Sponge, Beyond Threshold, Fire Fight and Adelitas Way.

Here’s the new schedule via the official ticket link:

UPDATE 6/24: As MetalSucks points out, Nonpoint have dropped off the bill, stating that they are no longer performing “because of the way the festival is named,” referring to the ‘Herd Immunity Fest’ label displayed on the official fest flyer posted on June 23rd.

Nonpoint’s response came after Powerman 5000 frontman Spider One called out the fest and bands involved with the gathering, noting: “A bunch of bands that I consider peers and some friends are partaking in a show called ‘herd immunity fest’, which by that title is basically saying to their fans, come see us and we hope you get sick. What the actual f*ck??”

MetalSucks also note: “While The Q&Z Expo Center is still advertising Nonpoint as part of the show, they have also deleted the initial Facebook announcement post. Furthermore, they have released a statement trying to reassure people that the festival is safe, and announcing that the festival will no longer be called “Herd Immunity””

Said announcement from the venue reads:

“For the record the venues land can accommodate up to 10,000 occupancy. This is an OUTDOOR EVENT for 3 Days. We are only selling 20% of that so anyone has the choice and ability to social distance. The Festival is also not called ‘Herd Immunity’ and the name no longer tied to any of our social media or promotion.”

Hey brother. Nonpoint is not playing because of the way the festival is named. We have dropped off.

Just announced, the three-day ‘July Mini Fest’ also being referred to as the ‘Herd Immunity Fest’ is set to be held at The Q & Z Expo Center in Ringle, WI from July 16-18, 2020.

The outdoor gathering will feature 15 bands total, with 13 of those bands already confirmed as of this posting, including the likes of Static-X, Nonpoint, Bobaflex, Royal Bliss, Dope, Blacktop Mojo, Flaw and others. Check out the full line-up below.

Tickets are available for purchase HERE.

ALL AGES 21+ drink with proper ID
FREE OVERNIGHT PARKING if you will be parking overnight let us know and also how much room you will need.

NO fires in parking area
We will have port a potties and wash stations
BE CLEAN do not leave garbage behind.
Quiet hours will be enforced from 11pm-6am

ALL music will be over with at 10 PM daily..
Marathon county quiet hours are from 11PM – 6AM and we are shutting music off at 10 to ensure we are good neighbors.

Festival grounds will close at midnight so plenty of time after music to get your merch ect.

This is a rain or shine event. Even with this being outside our regular rules will apply. All ticket holders will get a complete list of rules in the mail.

Full schedule and flyer below. 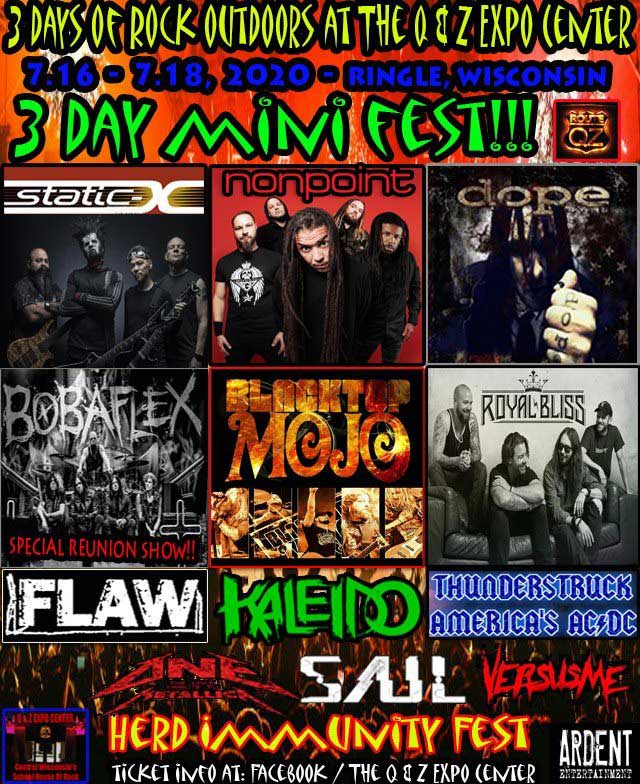