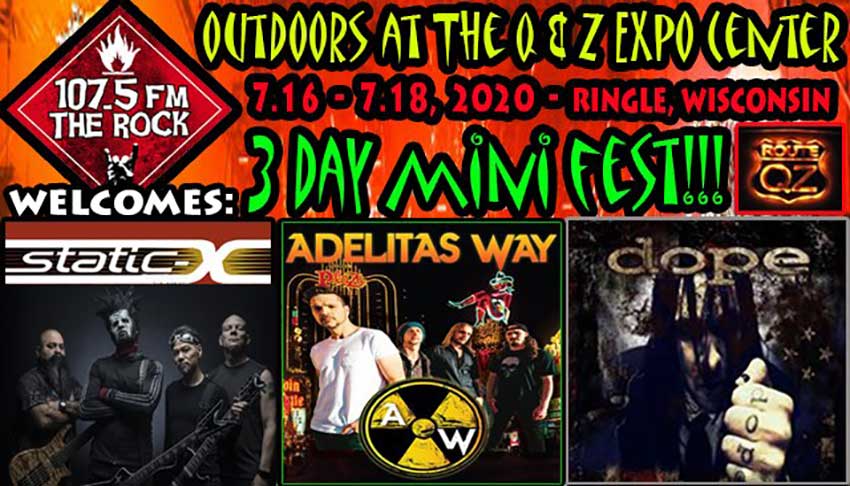 UPDATE 6/25: Royal Bliss have dropped off the festival and Riding with Killers have been added. Here’s the venue with full details and the new schedule.

As posted yesterday, The Q & Z Expo Center in Ringle, WI are planning to host the outdoor ‘July Mini Fest’ (also initially promoted as the ‘Herd Immunity Fest’) from July 16-18, 2020.

The fest took some heat today for not only attempting to throw a three-day festival during a global pandemic (and especially in a state with climbing COVID-19 cases), but for also referring to the gathering as ‘Herd Immunity.’

Expressing his concern on social media today, Powerman 5000 frontman Spider One called out the bands involved with the fest. He stated: “A bunch of bands that I consider peers and some friends are partaking in a show called ‘herd immunity fest’, which by that title is basically saying to their fans, come see us and we hope you get sick. What the actual f*ck??”

Nonpoint responded to said tweet from Spider One and announced that they had dropped off the festival bill, specifically because of the way the festival was labeled.

Hey brother. Nonpoint is not playing because of the way the festival is named. We have dropped off.

Shortly after, Kaleido announced via their socials that they too had removed themselves from the fest. They declared: “We do not want to put our fans at risk in a county with rising infection rates.”

We do not want to put our fans at risk in a county with rising infection rates, we thank you for understanding 💚

In a no longer available message posted on social media last week, the fest’s promoters announced: “As humans we NEED other human contact. MUSIC in itself is great, but the live streams as I am sure you all know is just not the same we need LIVE , feel it to the bones, run shivers up your spine MUSIC with people around us. Takes us all away on a trip that unless you have felt it you won’t understand.” They added: “So it is OUR honor to bring you this mini fest. Let’s make it a fun , safe weekend, and let’s be kind to each other.”

Today, The Q & Z Expo Center responded via their socials, assuring fans that only 20% of tickets from the venue’s 10,000 capacity are being sold, and that concert goers will have the “choice and ability to social distance.” It also seems like organizers realized that ‘Herd Immunity’ was not the best choice of words for a promotional slogan during times like these.


The three-day event has received mix reception from followers on the venue’s Facebook page, with one commenter posting: “It’s a damn shame that along with the current loss of common sense in our country that we have to eliminate a sense of humor as well. Would be nice if everyone would worry about their own sh*t and let us have a laugh and a good time,” most likely referring to the ‘Herd Immunity’ name. Another poster said: “How about Let the people that want to go, go. And if you don’t want to go…DON’T GO?!” Meanwhile, another commenter wrote: “Oh boy, a smallpox spreading party, just like back in the 3rd grade.”

Regardless, the festival has since added four new bands to the bill: Adelitas Way, Fire Fight, Beyond Threshold, and Sponge.

Tickets, which you can buy HERE, are $105.50 (before any applicable fees, taxes, etc.) for a three-day pass to see all 15 bands. Single day tickets are not being offered.

Here’s the current schedule with the new flyer: 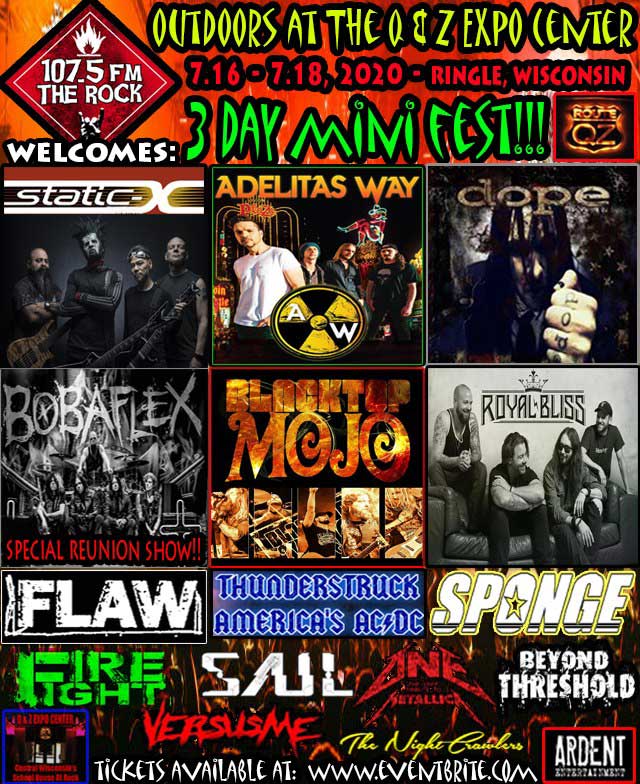