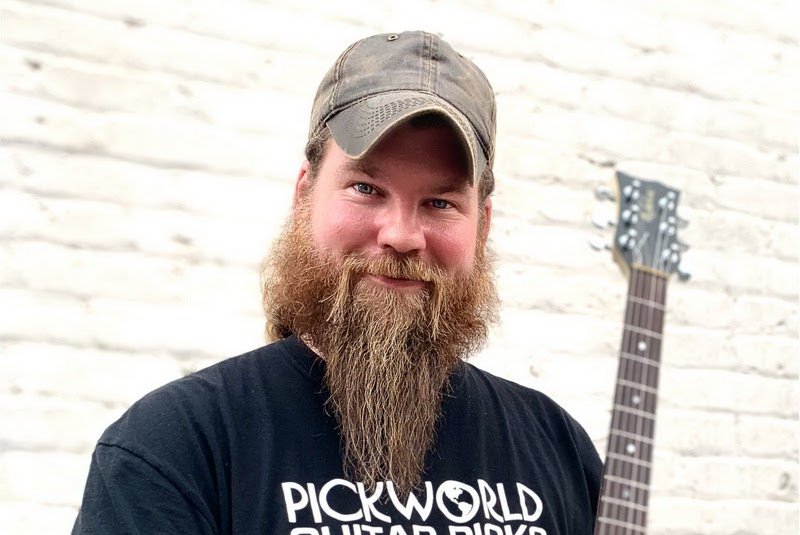 Stephen Kern is a multi-instrumentalist. He’s a drummer, guitarist and also plays the hammered dulcimer. He brings to the table a very unique way of playing guitar, his picking hand is normal and every note is with his thumb!

Metallica (like many), was the first big influence of his in early High School. In senior year, he came across the power metal band Blind Guardian. The first song he heard of theirs was ‘Time Stands Still’. Hearing the Celtic elements, along with the melodies and big choruses, it all clicked immediately! They became Stephen’s favorite group after many hours spent listening through their albums. Iced Earth was another band he discovered in senior year that also got his pulse racing. The inspiration was there, getting it all together came next.

Fast forward to now and Stephen wouldn’t ever had guessed he’d be friends with two former Iced Earth members (Tommy Lee Thompson and John Greely)! Stephen keeps humble and always looks forward to what’s ahead. You’ll find him writing with his rare Richelieu Guitar in hand and kicking up the drums in person with his band. He’s honored to be with the Sliptrick family!