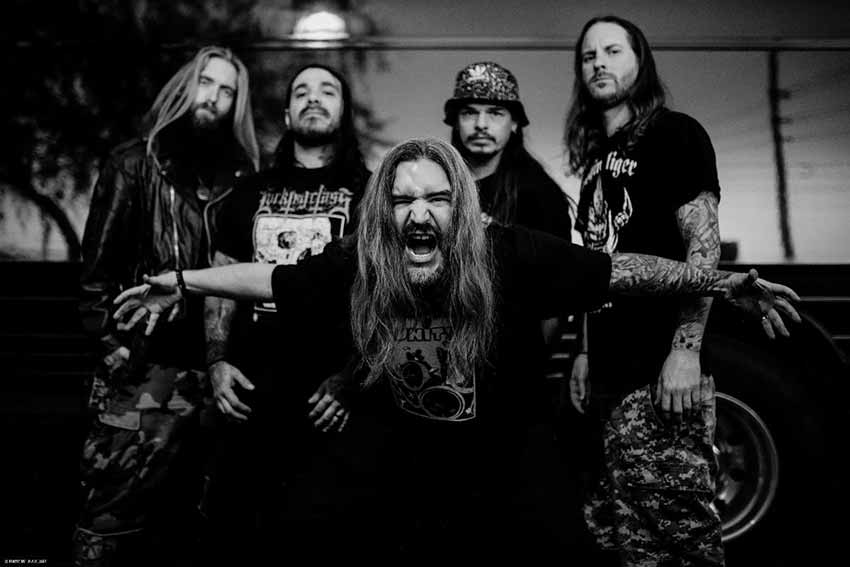 Suicide Silence has come full circle & returned to their original label home, Century Media Records. With nearly two decades of non-stop touring around the globe, hundreds of thousands of records sold and cementing themselves as a lynchpin band in modern extreme metal, the Riverside, California quintet has rejoined the label that released the highly acclaimed albums: ‘The Cleansing’ (2007), ‘No Time To Bleed’ (2009) and ‘The Black Crown’ (2011).

“I can’t believe how far we’ve all come since the band began 20 years ago. Today we’re back where it all started; writing music together in the same room where the first three albums were created. We’re incredibly excited to be working with Century Media Records once again as we enter the next chapter of our career,” states Suicide Silence guitarist Chris Garza.

Mike Gitter, Century Media Vice President of A&R adds, “Suicide Silence has long been an important band in heavy music, not only being the band that really put ‘Deathcore’ on the map but a band that has continued to redefine themselves and beat the odds at every turn. The new music I’ve heard from them has all the intensity and earmarks of their past while continuing to push into the proverbial red.”

“It feels great to welcome Suicide Silence, undeniably the most influential Deathcore band ever, back to Century Media Records,” says Philipp Schulte, Century Media Vice President and Global Head. “Working with them again feels like reuniting what was never meant to be divided. We’re happy being the band’s supporting label home again. No pity for the cowards!”

Suicide Silence is presently deep into the writing of the follow up to 2020’s ‘Become The Hunter,’ which was released via Nuclear Blast Entertainment. It will be the band’s fourth album with vocalist Eddie Hermida (ex-All Shall Perish), who joined Suicide Silence following the passing of frontman Mitch Lucker. The band recently finished an extensive US tour with Jinjer and have just announced a co-headlining run on the US 2022 CHAOS & CARNAGE tour with Carnifex, labelmates Lorna Shore, Upon a Burning Body, Angelmaker and Distant, beginning May 15th and running until June 4. Tickets are available to purchase, HERE [dates embedded below]. 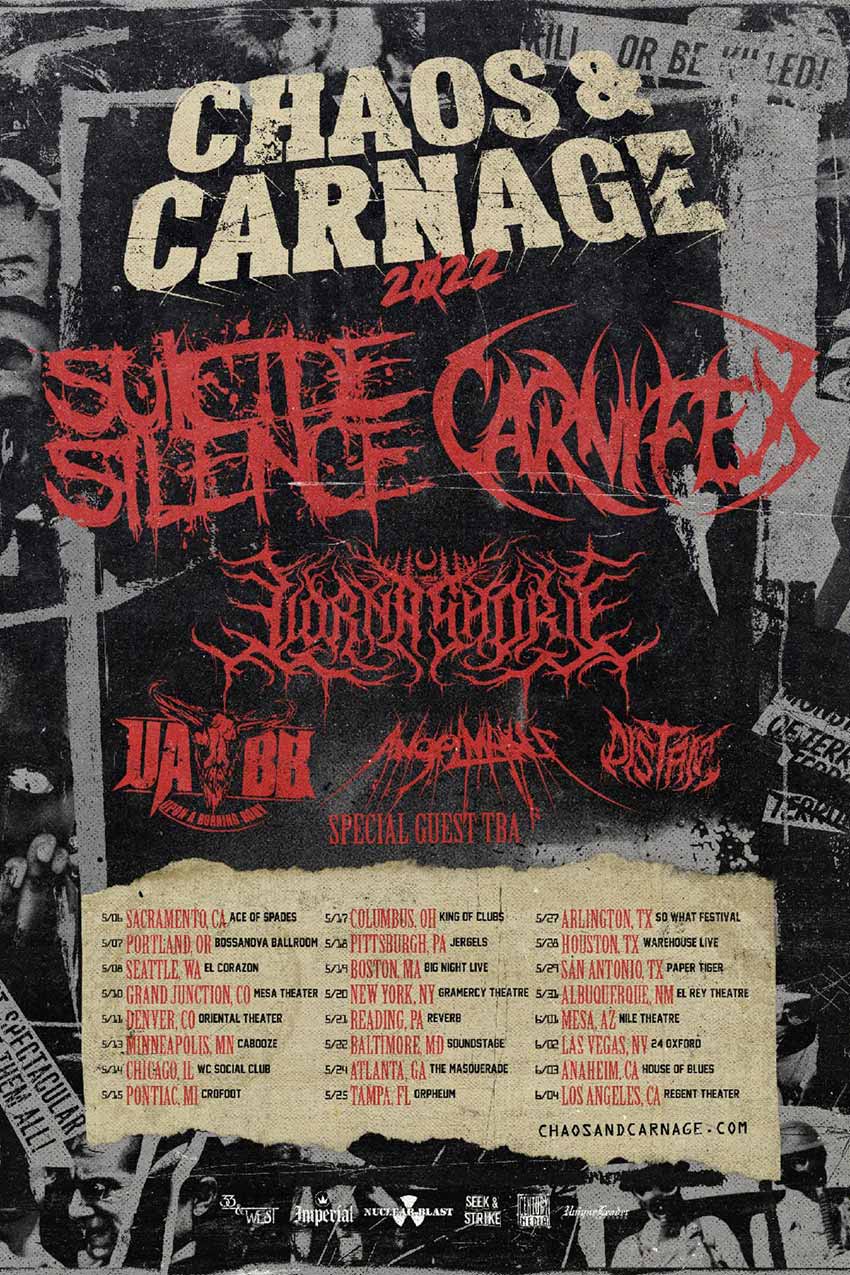