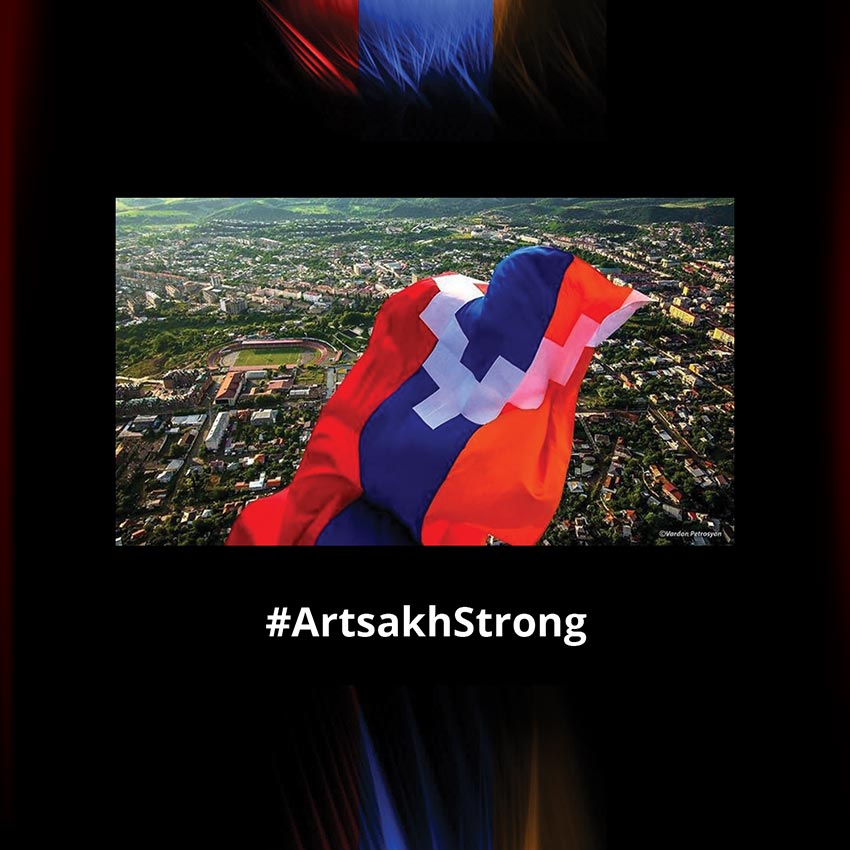 System Of A Down have issued a collective band statement and call to action on all their social platforms regarding a current crisis occurring in their cultural homeland of Armenia and Artsakh. In the early morning hours of Sunday, September 27, forces in Azerbaijan began a large scale pre-meditated offensive attack on Artsakh (Nagorno-Karabagh), an independent and autonomous country that borders Armenia, populated with a vast majority of ethnic Armenians. International peace keeping powers are doing very little to dissuade Azerbaijan’s advances and the people of Artaskh are doing everything they can to defend their lives and homeland, where they have lived for thousands of years. For them, this a matter of survival, and nothing more as Azeri forces are trying to do little less than eradicate the 150,000 people that these lands are home to.

Artsakh gained independence in the early 1990’s from Azerbaijan after years of war and conflict beginning soon after the 1988 collapse of the Soviet Union, of which both countries were a part of. After gaining its own independence from the Soviet Union, Armenia has been a guarantor of Artsakh’s security. A cease-fire was agreed to between the countries in 1994, but over the past 2 decades, Azerbaijan has frequently broken this pact via mostly minor to moderate advancements and skirmishes along the line of contact.

This time, Azerbaijan with the aid of Turkey’s Recep Erdogan regime and military forces, launched a large scale offensive attack along the full eastern border of Artsakh and has launched attacks within the borders of Armenia as well. International calls for a stop to Azeri advances have gone ignored, and the leader of Azerbaijan, Ilham Aliyev is attacking with impunity.

All four members of System Of A Down are of Armenian heritage, and since the band’s inception have brought awareness to many human rights issues, none more prevalent than that of the Armenian Genocide at the hands of the Turkish leadership of the Ottoman Empire during WWI, when more than 1.5 million Armenians perished in the first genocide of the 20th century. To the band members and other Armenians all around the world, the war being waged on the people of Artsakh now is a continuation of the Armenian Genocide as the Turkic Azeris along with the support of Recep Erdogan’s Turkey are trying to eradicate the Armenians of Artsakh and claim these lands for themselves.

Their statement posted on their socials is below. It includes various calls to action and online petition links to raise awareness and a call on world leaders to insist Azerbaijan and Turkey stop the attacks immediately.

System Of A Down statement:

Now the world is turning a blind eye to 150,000 landlocked civilians under attack by Azerbaijan and Turkey.

SOAD has always stood for justice and peace. This notion comes from the suffering and injustice done to our people over centuries. Erdogan’s denialist Turkey is continuing the work of its genocidal ancestors, and allied with petro-corrupt Azerbaijan, are firing American made F-16 missiles into Artsakh and parts of Armenia killing soldiers as well as civilians. The world seems too busy with Covid and politics to care, but we HAVE to do something as this is an existential threat for our people and the first Christian Nation.

Since it seems difficult for the media, international organizations, and world powers to call out Azerbaijan on its war mongering, ethnic cleansing, and killing of innocent civilians, let’s help them. We are calling on everyone to join our efforts. Here is how… 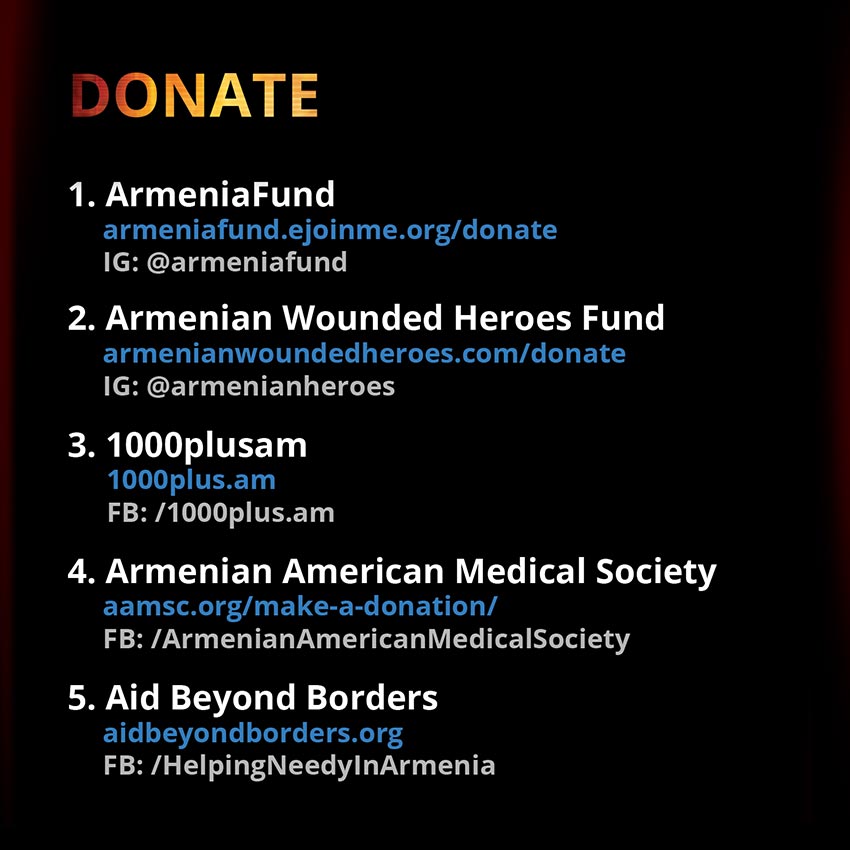 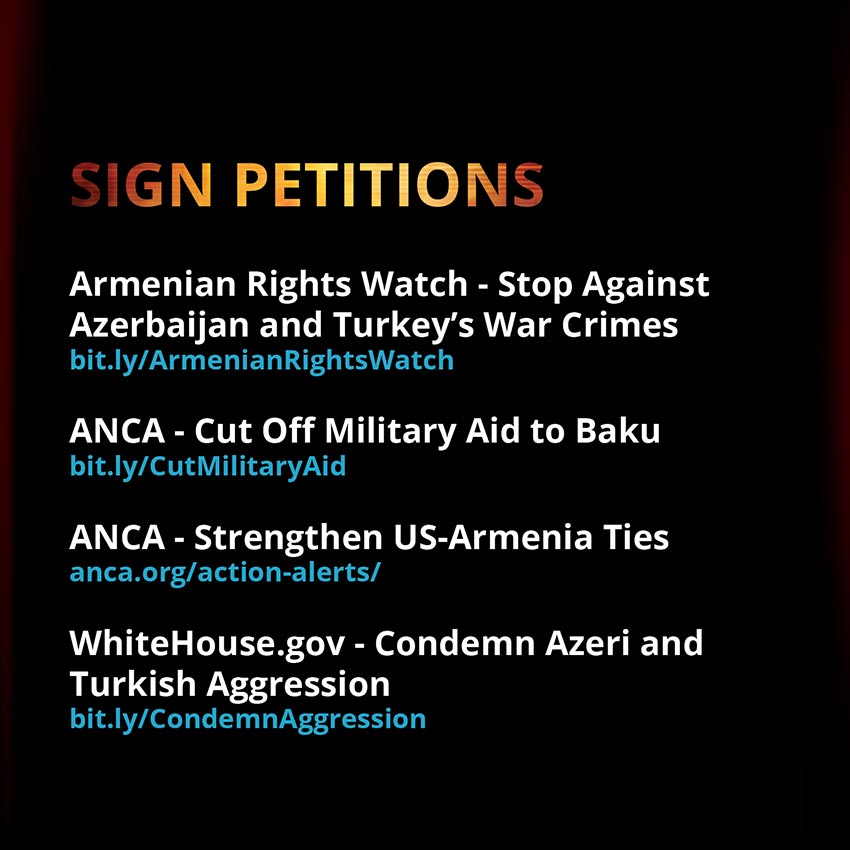 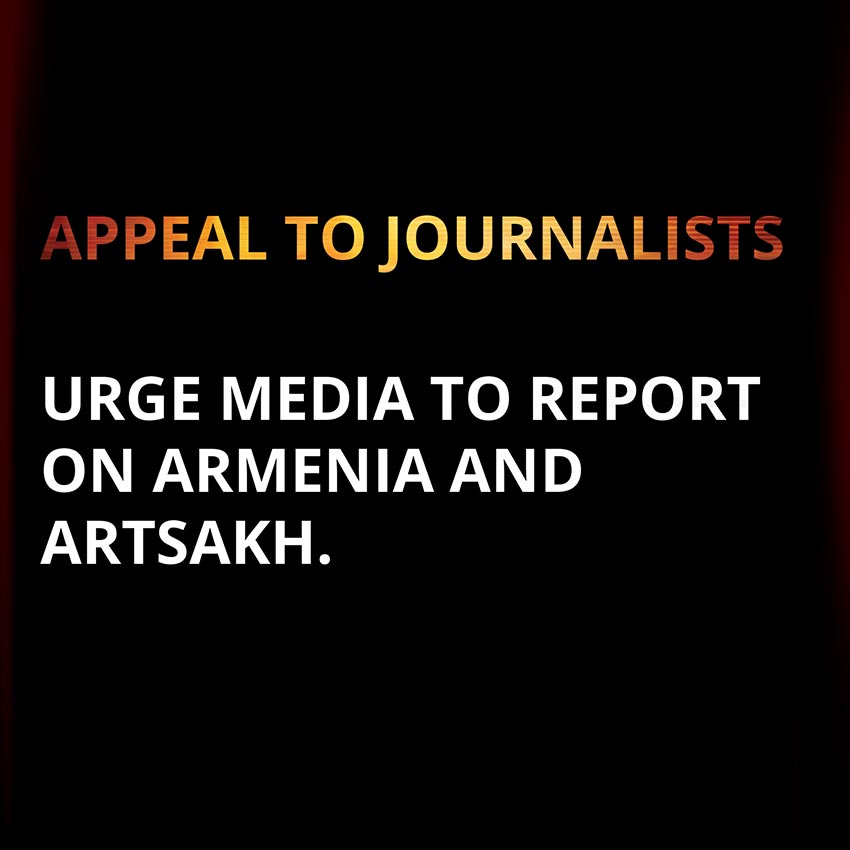 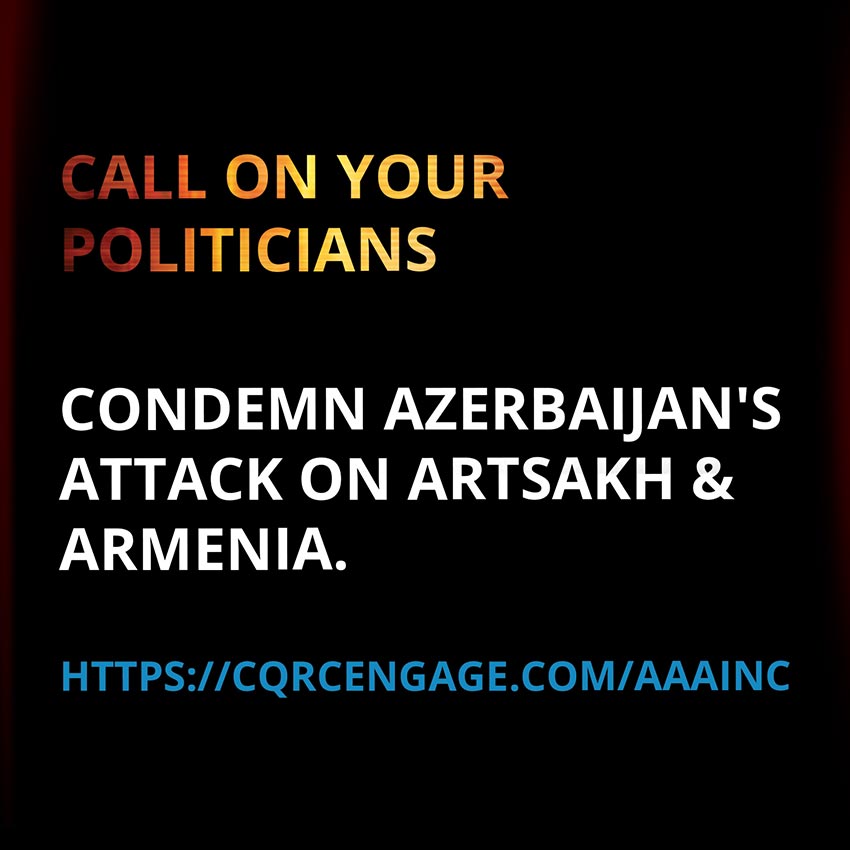