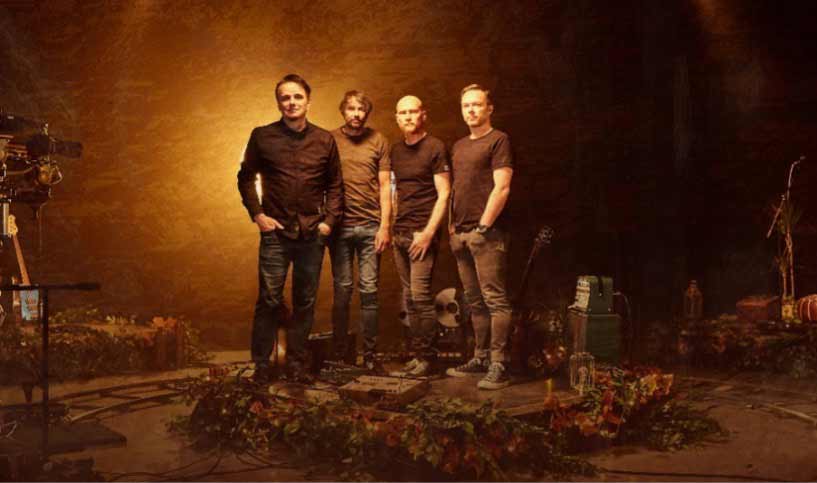 British progressive rock band The Pineapple Thief have announced their North American return with an extensive 2022 voyage. See all confirmed tour dates below.

Vocalist and guitarist Bruce Soord comments, “We toured North America for the first time in 2019 and I seem to recall that at the end of every show I told the crowd ‘we’ll be back’. And here we are! To play in North America is a rare privilege for European bands so to make our return is a great feeling.”

Bruce adds, “The atmosphere there is electric. We are playing in a bunch of new places a lot of people shouted for when we missed them last time, like Texas. North America was also where Gavin was given his ‘bell’ by a fan, which he went on to enjoy hitting live on stage every time I made a minor fluff (obviously an extremely rare occasion). No doubt it will be making an appearance on our return!”

Also see below for a live video of “Our Mire” from The Pineapple Thief’s forthcoming live performance film ‘Nothing But The Truth.’ 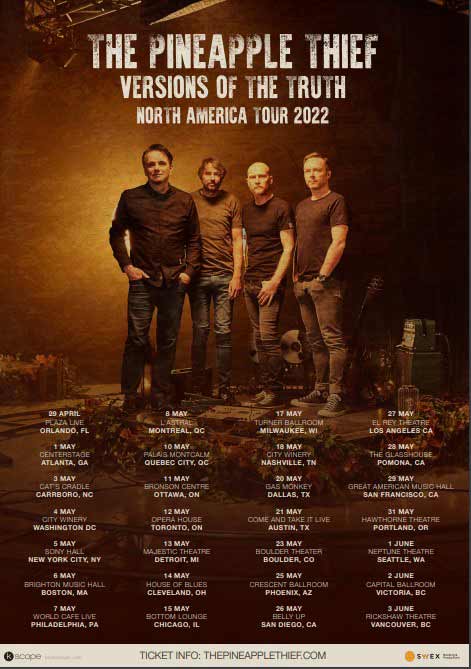