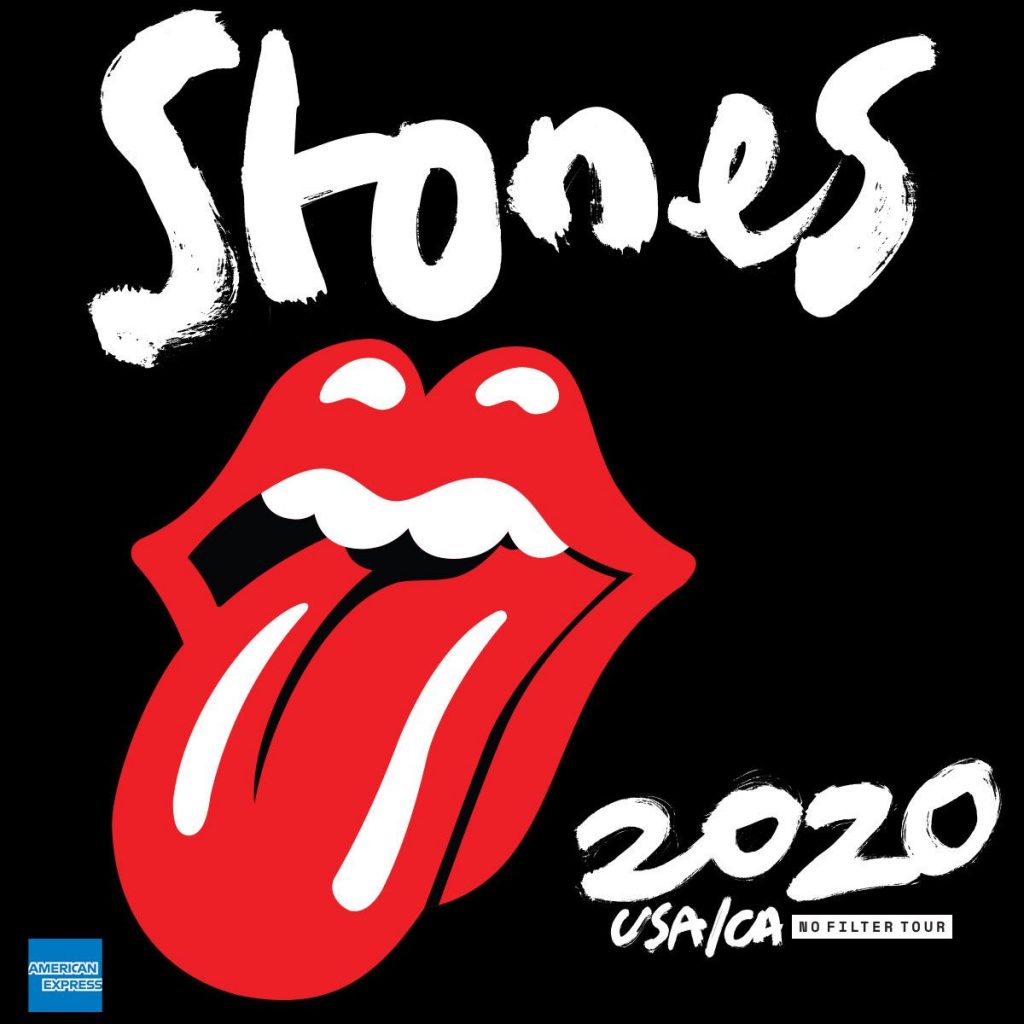 The biggest rock band in the world, The Rolling Stones, have revealed that their planned ‘No Filter’ North American trek has been postponed.

AEG Presents/Concerts West regret to announce the postponement of the Rolling Stones upcoming ‘No Filter’ tour of North America due to the ongoing global coronavirus pandemic. The Stones 15 date No Filter summer tour was due to kick off in San Diego on May 8 and end in Atlanta on July 9. For the full list of dates, cities and venues postponed visit rollingstones.com

“We’re hugely disappointed to have to postpone the tour. We are sorry to all the fans who were looking forward to it as much as we were, but the health and safety of everyone has to take priority. We will all get through this together—and we’ll see you very soon” – Mick, Keith, Charlie and Ronnie. 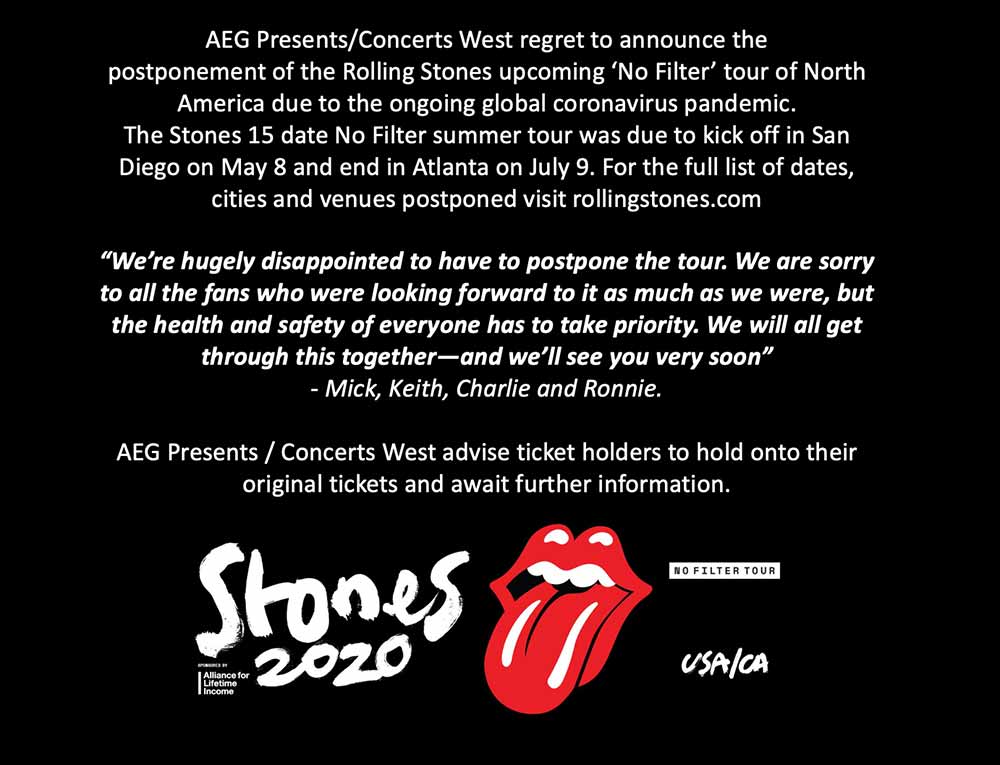