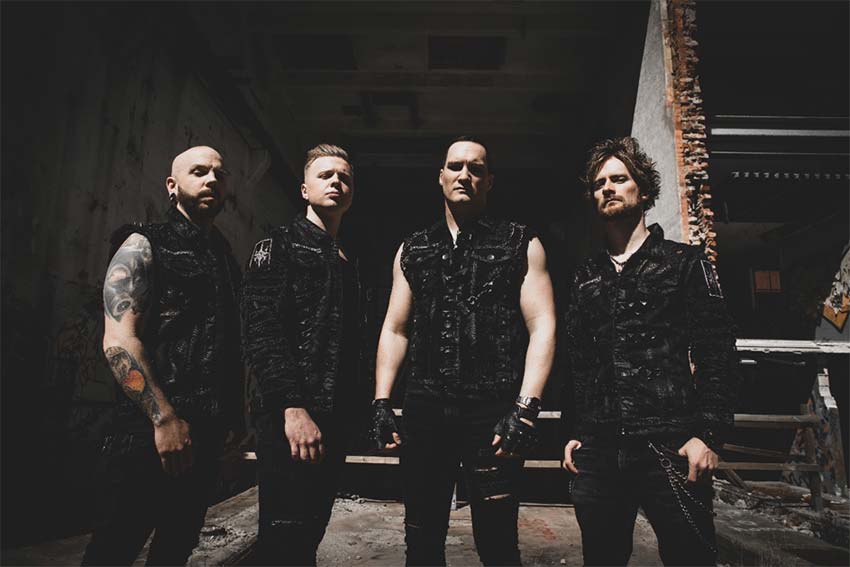 Swedish Melodic Death Metal formation The Unguided break down barriers with their upcoming long player, Father Shadow, to be released on October 9th via Napalm Records.

With their new full-length, these Nordic heavyweights prove that they can’t be pigeonholed. Eleven quick-tempered, high-voltage pieces indicate that The Unguided have liberated themselves from the shadows of the past but are still aware of their manifold roots. The intoxicating mixture of clean hooklines and classifying screams lead up to a unique symbiosis of pure harshness. “Crown Prince Syndrome” is the first offering off Father Shadow and showcases the unmistakable supremacy of the Swedish four piece.

Along with the first single, they are also introducing their new band line-up, since their former bass-player Henric Liljesand departed the band to concentrate on other projects. But nevertheless, The Unguided are more than ready to present their razor-sharp arrangement and hard-hitting sense for modern melodic death metal interlaced with core and electronic elements.

Richard Sjunnesson of The Unguided on the new single “Crown Prince Syndrome”:
“The instrumental basics to “Crown Prince Syndrome” was written already around 2018 but it was not until pre-production late 2019 when the words and the chorus melody came to place we recognized how undeniably catchy this tune was. Possibly our best chorus to date! It was fun to include some industrial elements in the electronic section and also that tasty riff stacking with some rock-vibe going on throughout the song which is a bit different from our previous work. The music video from legendary Patric Ullaeus show the band in a gritty outdoor environment to underline the industrial feel and you might just get a cameo from someone you know in it.”