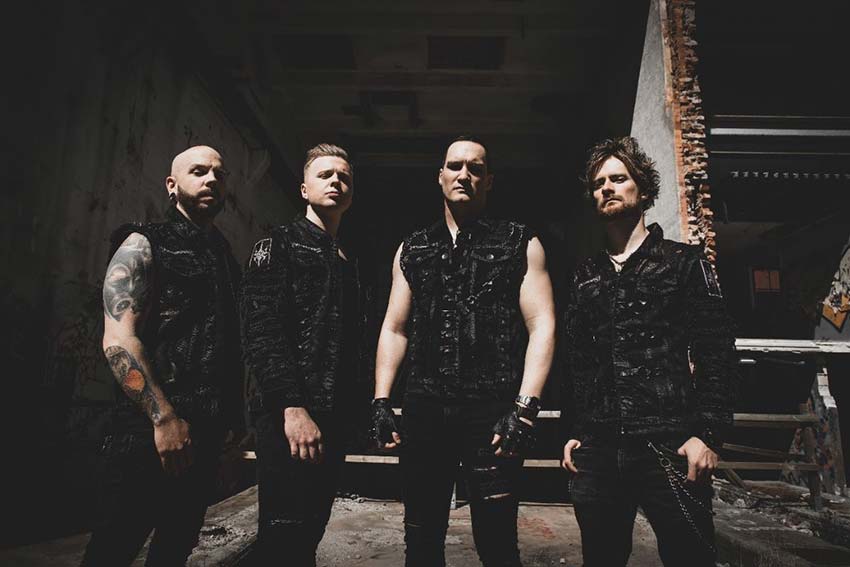 The fresh song appears on the act’s forthcoming full-length album on Napalm Records, ‘Father Shadow’ (get it on October 9, 2020 – pre-order).

Regarding the upcoming LP, the band said:

We started to work on the follow up to And the Battle Royale by the end of 2018 after the tour was done. I think that particular album was a lot about figuring out the band’s new identity and writing together after boarding a new member and undeniably it was well received. Father Shadow is all about taking that experience, refining the process and push it to the next level.

We have grown together solidly as a band and I think it shows a lot on this album. The songwriters in the band all comes from different schools and write a bit differently musically, on this album everyone got equal airtime just to pump the diversity without losing the feel of the band. Lyrically it pushes the story and concept forward and finally ties up some ends that have been loose since Fragile Immortality (2014), something I think the hardcore fans will appreciate.

It was also fun to go back and revisit those old SONIC SYNDICATE tracks for the bonus material and I think we managed to do our own thing to honor the songs with a mint 2020 production. Utterly we created the songs and album we’d love to listen to ourselves and we succeeded with that and hope you’ll like it as much as we do!

Torn Away release music video for “Made of Stone” (official premiere)