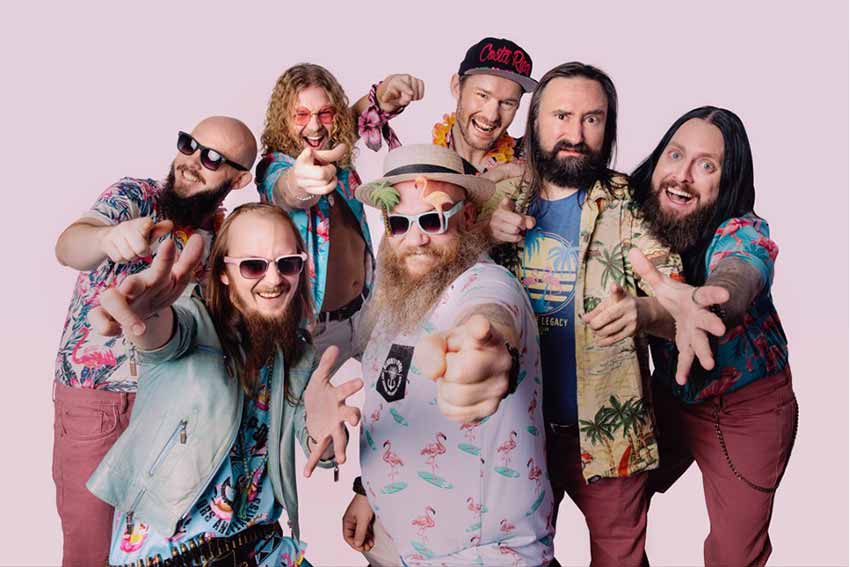 Legendary folk metal horde Trollfest are back with their new song titled “Dance Like A Pink Flamingo” — check out the tune below in official lyric video form.

A presser states, “After releasing their Napalm Records debut EP, Happy Heroes, the kings of Norwegian Balkan metal return with their new single, “Dance Like a Pink Flamingo” (Radio Edit), delivering an electrifying new track full of K.A.O.S. and over-the-top TROLLFEST madness – in full “pink flamingo” mode! The single will also be their entry for the Melodi Grand Prix, where the winner gets the chance to compete for Norway in the legendary Eurovison Song Contest.”

Regarding the new song, Trollfest add:
“Greetings to all!!! It is finally time to share the big news we have been hinting at. First, foremost and immediately noteworthy, our new single is out, it is called “Dance like a Pink Flamingo” and you should check it out a couple of times each day until the end of time in our opinion.

Secondly (although this does entail a few firsts for us) we are going to be on TV! Mainly in Norway but it is on the state channel none the less because we are participating in this year’s Melody Grand Prix!! Needless to say we are extremly honored, pleased and excited! We also want to be winners so if you could all vote for us three times each (that is the allowed number) we would be super duper happy! This will be broadcast live on NRK TV on Saturday January 15.

Thirdly, but perhaps most importantly, our new single is from our new album, it is completely finished and more information on that will follow… For now, we would love it if you all help us make everybody dance like a pink flamingo!

And vote to make us winners. We really want to win music!!!”

Also Check Out: Trumbiten share their playlist (Lamb of God, The Haunted, In Flames)