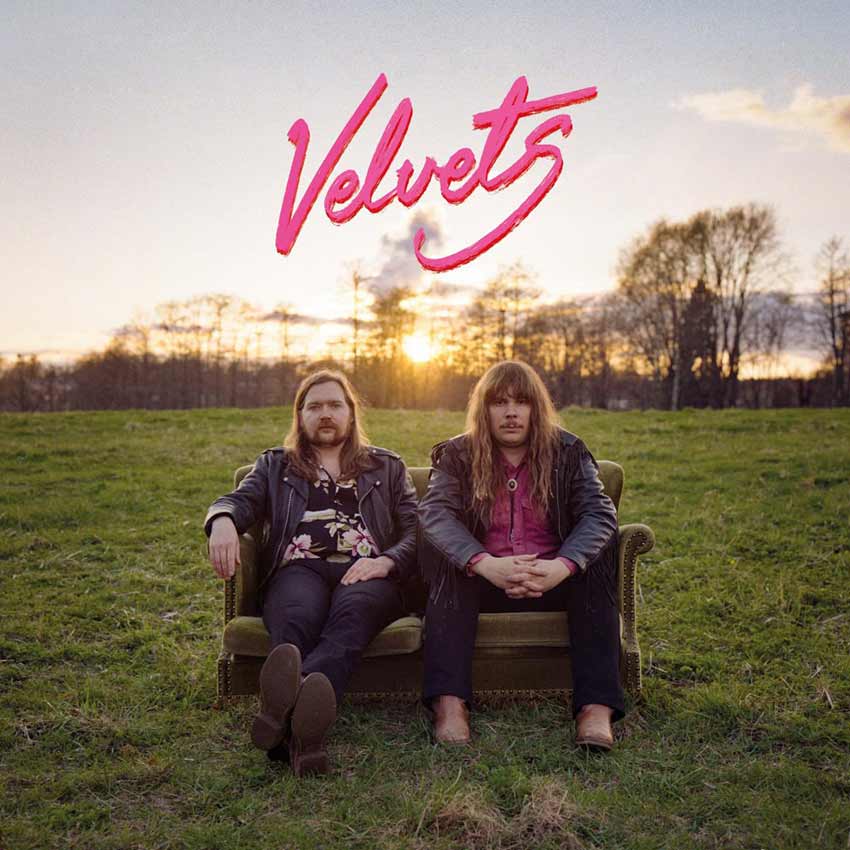 Helsinki rock duo Velvets are set to release their debut, self-titled album on The Sign Records in Autumn 2021. ‘Velvets’ offers a fresh take on classic-sounding rock. Smooth guitar licks and sweet vocal melodies add up to colorful soundscapes that are as hip-shakingly catchy as they are beautiful and dreamlike. The new album is packed with honest and tender rock n roll, performed with heart, soul, and ambiance.

‘Velvets’ contains 8 tracks ranging from swift boogie-riffin’ and synth-infused foot tappers to softer, love-themed ballads. The album was recorded and mixed by Sakke Vänttinen at his cottage in Hamina and at the Velvets rehearsal place in Helsinki. Mastering was done by Matias Ahonen at Audiamond.

‘Velvets’ will be released on The Sign Records on September 24th. The album will be available on CD, vinyl, and all streaming platforms.

Velvets are an endless summer night dipped in a bucket of rock, blues, schlager and funk with a cool breeze coming at you from the south. All set in a timeless space, where the past, present, and future are fused into one. The songs will take you on a journey of love and longing, speeding on the highway and taking off to a place beyond the stars.

Velvets was born in January 2021, when the duo Sami and Sakke were desperately in need of creating new music. With too much time on their hands after finishing the second Rokets album, the Finnish band where the two first met each other as members. The first idea for Velvets was to write love songs and stick to them, kicking things off by listening to a lot of Moon Martin.

The duo has previously toured Finland and the Baltic countries extensively with Rokets since August 2017, well known in Finland for their sweaty, energetic live shows. The band opened for Kaleidobolt in Helsinki for their album release party of their latest album “Bitter” and were the closing act of the first day of the Finnish festival Kill Sörnäinen in Helsinki. With two EP’s titled “Rokets” and “Speed & Sound” and the debut album “Fast Times”, released on digital and vinyl format in 2020/2021 under the belt the duo decided that it was time for a project of their own – Velvets. Besides Velvets and Rokets, Sakke has played in the hardcore band Locked Up and the country band Rusty Triggers. Sami shares the hardcore background, starting his musical career as the singer of heavy metal band United Seafood.

The band sounds like a session where Moon Martin, Hurriganes, ZZ Top, Thin Lizzy, and The Allman Brothers started experimenting on a new kind of sound that brought all the pieces together from the different styles of the sweet, sweet music we call rock n roll. This is not your average rough and tough, rowdy and raunchy boy band, with the testosterone levels going through the roof. This is Velvets; beautiful, meaningful songs with melodies born of warm memories and moments we’ve shared with someone we hold dear.