The previously announced Mörk Gryning U.S. tour with Arsantiqva, The Noctambulant and Promethean Horde in tow has been updated, specifically actual venues for the trek have been confirmed. In addition and unfortunately, Noctem are no longer on the bill.

On the upside, this outing will mark Mörk Gryning’s first-ever stateside trip, so it’ll be one for the books. Supporting their new album ‘Hinsides Vrede,’ the Swedish black metallers were scheduled to invade the U.S. in 2020 and 2021, but the pandemic had other plans.

The long-awaited tour kicks off in NYC at Brooklyn’s The Meadows on April 28th and runs through venues in Columbus, Chicago, Newport, Nashville, and more before ending in Philly at Kung Fu Necktie on May 9th. See all confirmed shows below. 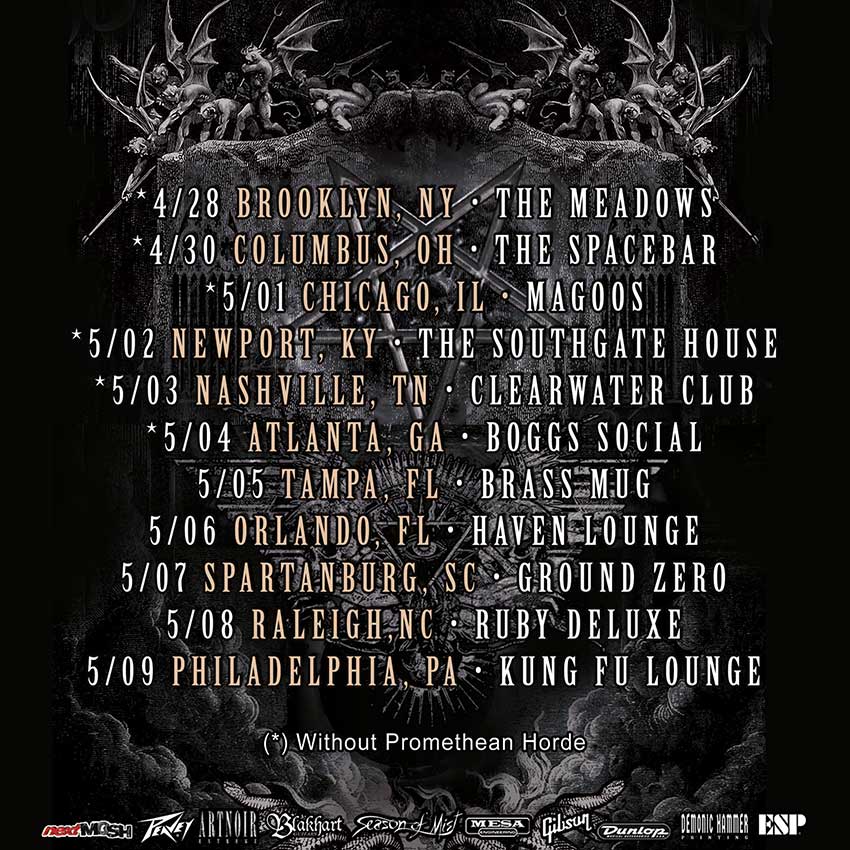