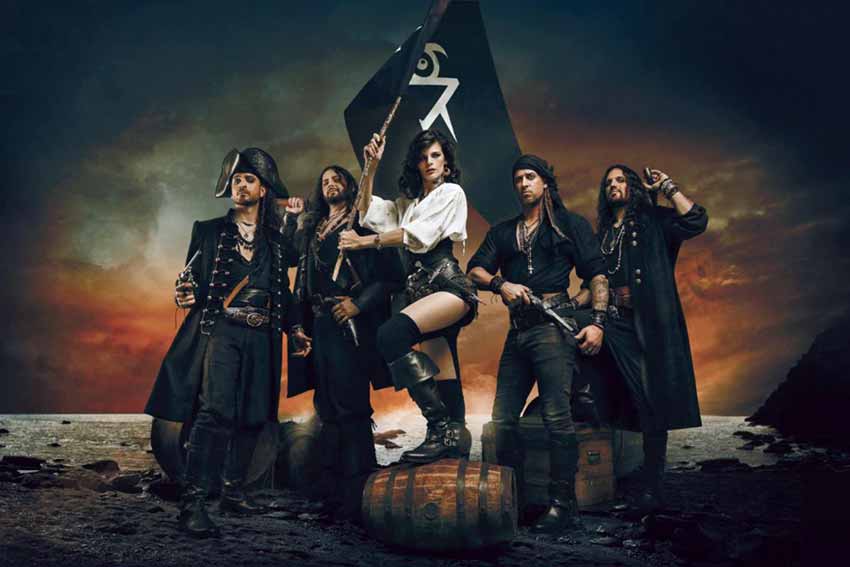 Austrian metallers Visions of Atlantis have announced a 2023 North American headline run in support of their most recent album on Napalm Records, ‘Pirates.’ All shows are listed below.

The official trek announcement reads, “Now, after hitting stages in North America last March and April with Dragonforce, the band triumphantly returns – this time at the top of the bill! Beginning in Los Angeles, CA on February 7, the tour will visit many major cities, coming to an end on March 4 in Las Vegas, NV.”

Vocalist Clémentine Delauney says, “This will be our very first headlining tour in North America and we are extremely excited to return to these wild waters! We got to discover how passionate these Sailors are, and we are impatient to share a more intense pirate experience with them next year!” 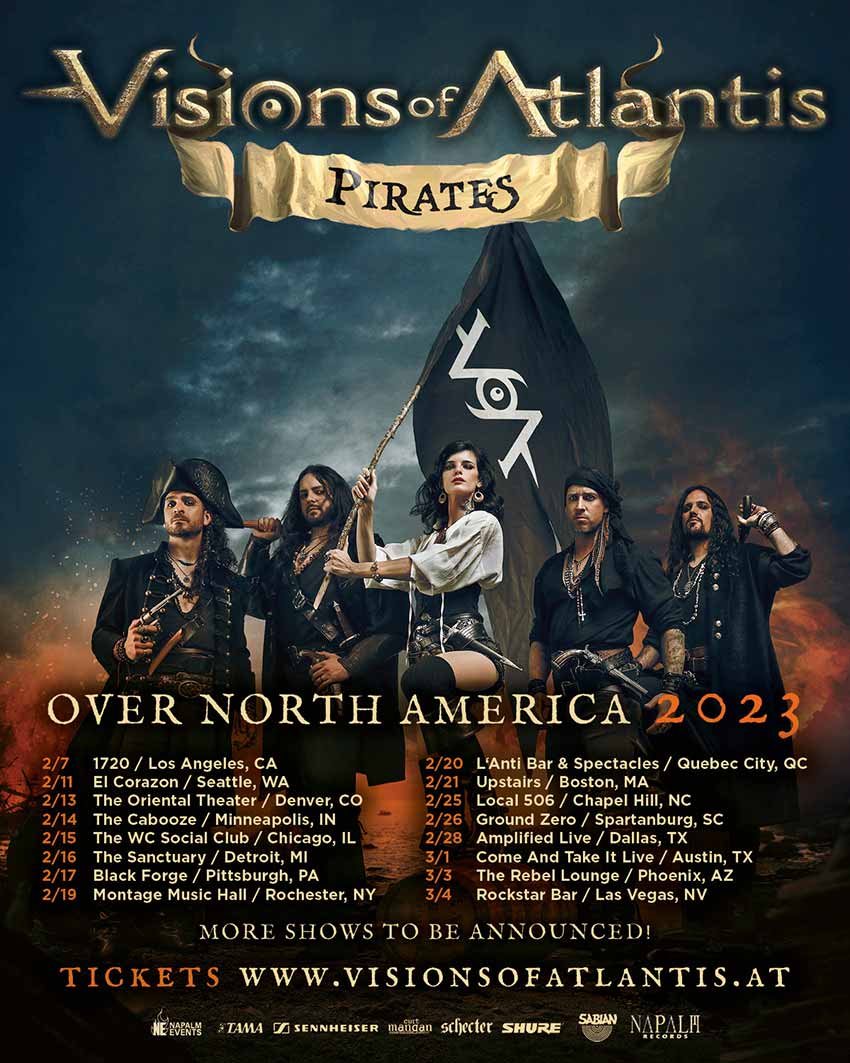