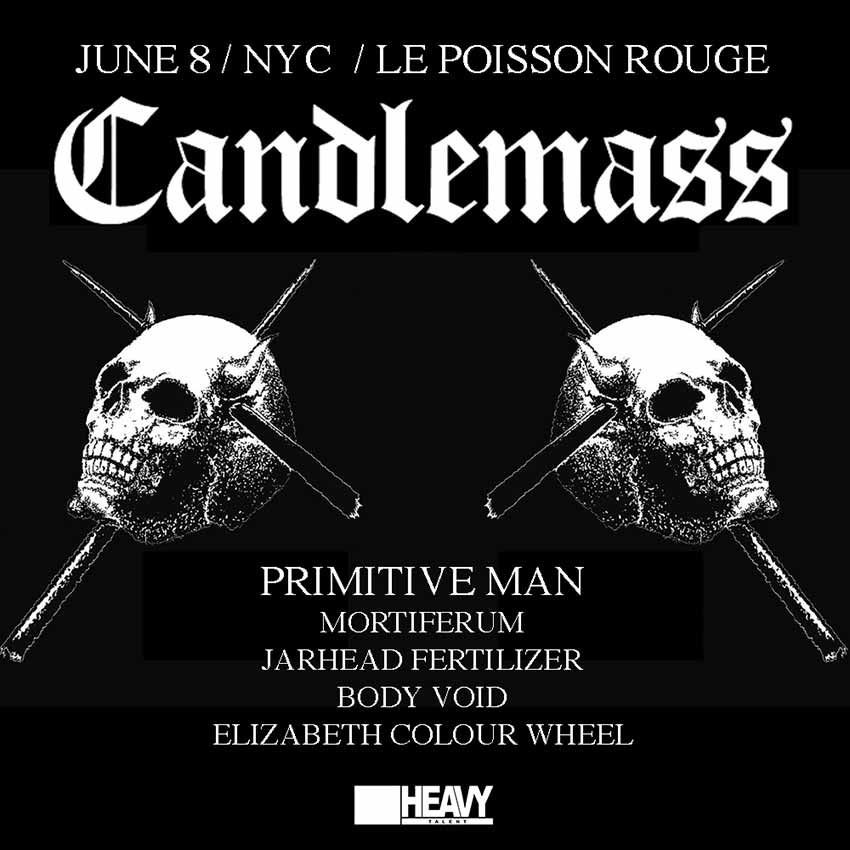 Candlemass comment on the upcoming NYC show via social media, “This incredible once-in-a-lifetime lineup deserves an equally incredible celebration. Come join us for a fantastic night of heavy music! See you soon!”

Doors open at 6 p.m. with shenanigans starting at 6:15 p.m. — minimum age is 16+ to enter. You can pick up tickets HERE, and for a chance to win a pair of TIX, sign up below and we’ll randomly pick a winner on June 6th.