Finnish melodic death metal squad Wolfheart will set out on their previously announced North American trek as part of the ‘Devastation on the Nation’ tour.

The spring fling sees the band joining up with extremists like Rotting Christ, Borknagar, Abigail Williams and Imperial Triumphant. The trip takes off in mid-March in Berkeley, CA at Cornerstone, and runs through mid-March also in CA. The outing includes a sold-out stop in Brooklyn at Saint Vitus on April 3, plus gigs in Canada, NH, MD, PA and much more. All dates are listed below.

Check out the new lyric video for fresh single “Ashes” after the dates. 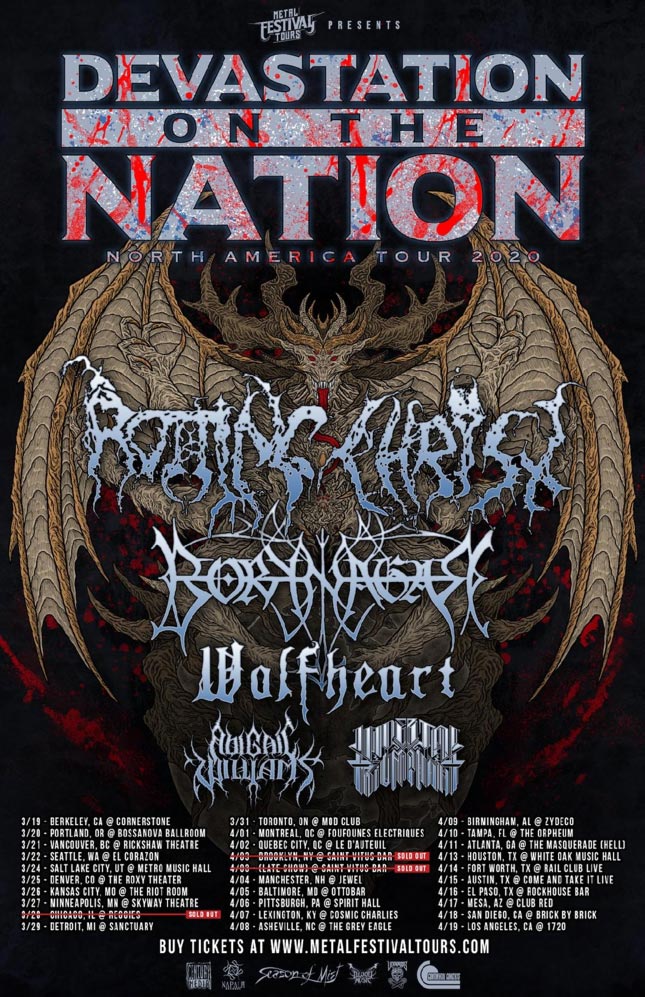 * – no Abigail Williams or Imperial Triumphant