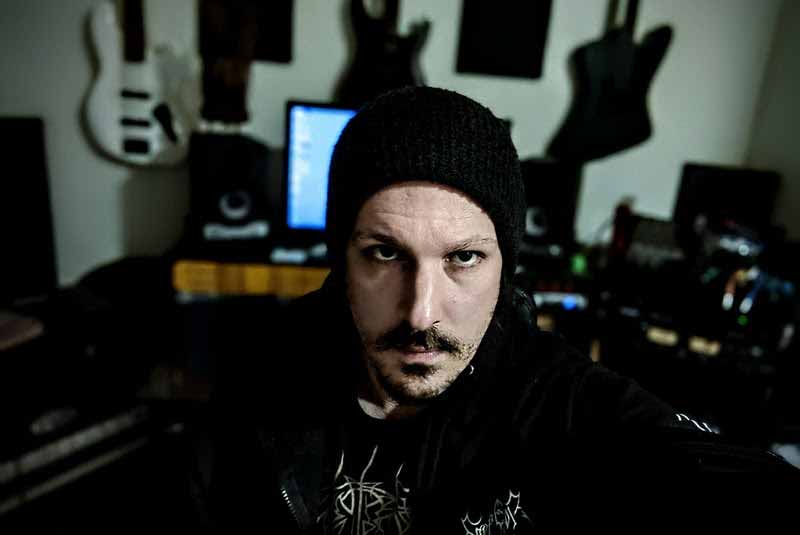 Yevabog is a solo progressive black metal project from Seattle, USA. The music includes elements of death metal, as well as symphonic/choral elements. The first riffs were written in 2018, and recording started in 2019, resulting in the first EP, ‘King of the Worms,’ which released in 2020.

The sole member, Joel Hackett, has played different instruments in a number of bands and finding himself without a band, decided to create something alone. ‘Between Two Fires,’ the new album set for release on Sliptrick Records, builds on the elements of the first album, for a grander, meaner, more evil record. Realizing he was not up to the task of playing the drum parts he envisioned, Joel hired Australian session drummer Robin Stone to play on the album, which resulted in the unrelenting, intricate drum tracks that propel the sound like nothing else could.

Although Yevabog has yet to play any live shows, Joel is currently looking for musicians in the Seattle area, in hopes of transforming it from a solo project into a full band. The name Yevabog comes from a dead and forgotten spider goddess residing in the underworld, in the novel Lost Gods by Brom.