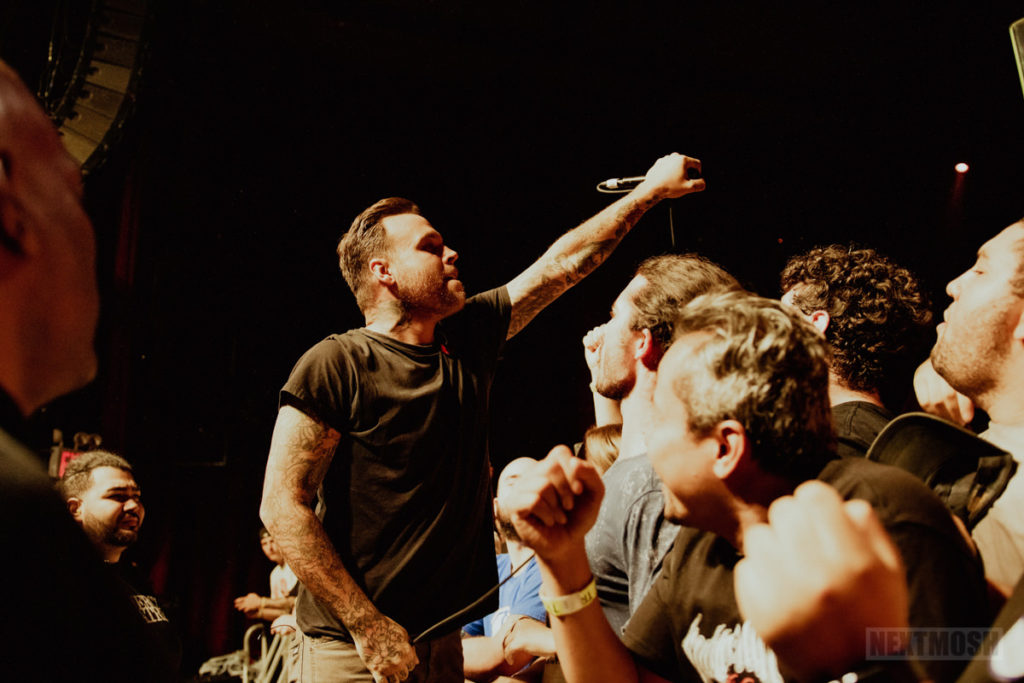 Orange County hardcore punk outfit Stick To Your Guns are in the process of wrapping up their North American run with stellar support from Kublai Khan TX, Belmont, Koyo and Foreign Hands. The outing was first revealed back in July, leading up to the release of Stick To Your Guns’ new album ‘Spectre‘ through Pure Noise Records.

Stick To Your Guns served new tunes off their fresh LP along with old favorites at their show in New York City at Gramercy Theatre on September 13th. Photos by Gabriela Jeronimo from the NYC gig can now be viewed below. The outing will pummel venues in Texas and Arizona before culminating in California, get tickets via Ticketmaster.

STYG are also scheduled to ship overseas starting in November for a slew of concerts through the UK and Europe — get more info here.

Stick To Your Guns: