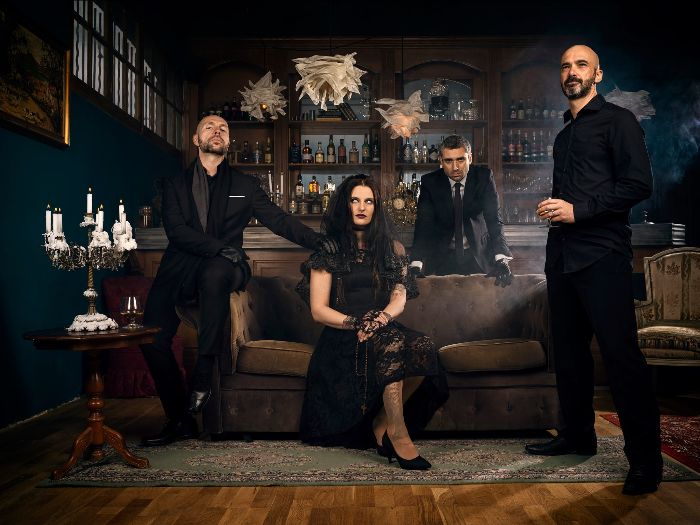 French death metal band, Akiavel, have finished the recording process for their sophomore album due out April 23rd, 2021. Not allowing a global pandemic to slow them down, the album comes only one year after Akiavel’s critically acclaimed full-length album ‘V.’

Further evolving their sound, Akiavel takes a radical approach to their musical assault, consuming the listener with dizzying maelstroms of chaos. This new album delves into the darkest parts of the human psyche and embodies the word “death,” putting forth an intrusive battery of blistering guitars, pummeling drums, and scathing vocals that culminates in one of the most robust death metal records the genre has seen yet.

In the absence of live shows, earlier this year, Akiavel participated in the prestigious Slay At Home Festival and have quickly gained traction across the globe.

‘V’ can be streamed, downloaded or purchased HERE.